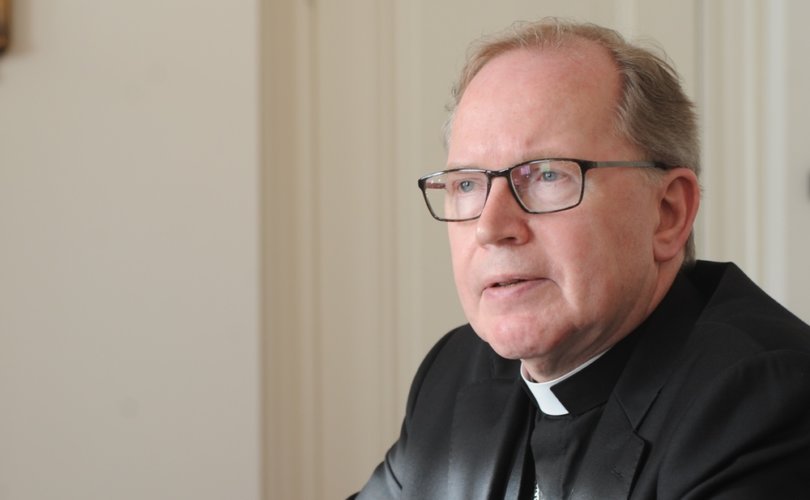 VATICAN CITY (LifeSiteNews) — The Dutch Cardinal Wim Eijk has revealed he asked for Pope Francis to issue an encyclical condemning gender theory, having made calls for such a document in previous years.

“I asked if it would not be good if the pope issued an encyclical on gender theory,” Eijk told journalists.

“Gender theory is being pushed in all kinds of organizations and yet we as a Church have not said that much about it,” added Eijk, who has served as Archbishop of Utrecht since 2007.

While his request was seemingly not made directly to Pope Francis, Eijk stated he had registered the request with American Cardinal Kevin Farfell, prefect of the Dicastery for Laity, Family and Life.

“It [gender theory] is spreading and spreading everywhere in the Western world, and we have to warn people,” said Eijk. He added that Catholics were accepting the radical ideology “in a very easy way, even parents, because they don’t hear anything else.”

“From the point of moral theology, it’s clear — you are not allowed to change your sex in this way,” he said.

Eijk echoed this at the 2019 Rome Life Forum, stating that exposing the errors of gender theory is “of the utmost urgency, because as a result of that theory, not only sexual morality, but also the proclamation of the Christian faith in itself, are at stake.”

“Someone who has gender dysphoria needs to be taken seriously. They are suffering. We have to give them support. The answer is not surgery, though. This is a psychological problem. We have to help him accept himself and the problem he has.” – Cardinal Eijk #RomeLifeForum pic.twitter.com/6medaWKIEO

Having previously blamed Amoris Laetitia for “fracturing” the Church, Eijk has also stated Pope Francis could possibly be part of the “final trial” for the Church before the second coming of Christ.

In recent weeks, Eijk – a member of the Pontifical Academy for Life – condemned the Belgian Catholic bishops for publishing a rite of blessing for same-sex couples, stating “it is not morally permissible to bless the homosexual relationship as such.”

— Article continues below Petition —
SIGN: Pope Francis must revoke nomination of pro-abortion atheist to Pontifical Academy for Life
Show Petition Text
9528 have signed the petition.
Let's get to 10000!
Thank you for signing this petition!
Add your signature:
Show Petition Text

However, after gaining a reputation for defending the Church’s traditional teaching, the 69-year-old prelate confused Catholics last year, when he argued that taking the abortion-tainted COVID-19 injection was a “moral obligation.”

Eijk stated that taking the injection was a “moral obligation but that doesn’t imply it’s a juridical one,” while also stating that “compulsory vaccination is not ethically justified and the vaccine should be taken voluntarily.”

LifeSiteNews has reported extensively on the inherent dangers of gender ideology, highlighting the harm which the movement causes to gender-confused individuals, particularly children, many of whom are enticed into taking hormone stopping drugs or “sex change” surgery.

Secure a home for our Canceled Priests
Cancel culture has reached the Church. It is real. Now, it is imperative that we pray for and support the priests, bishops, and religious who have fallen victim.