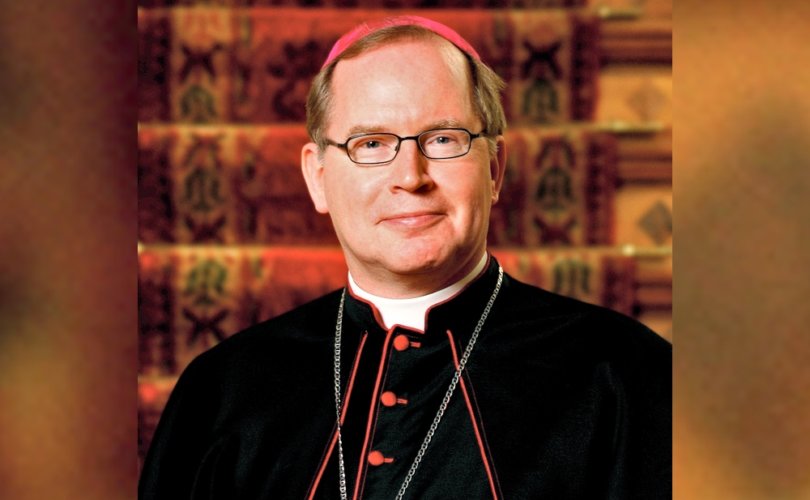 NETHERLANDS, January 26, 2018 (LifeSiteNews) – Cardinal Wim Eijk, Archbishop of Utrecht in the Netherlands, has called on Pope Francis to bring “clarity” to the “doubts” sown by the Pope's 2016 exhortation Amoris laetitia regarding the question of Holy Communion for civilly-divorced-and remarried-couples living in habitual adultery.

The cardinal makes clear in the interview — published on Friday, January 26 in the Dutch daily newspaper Trouw — that in his opinion, the Pope has “nowhere and never” said that such couples can confess and receive absolution or Holy Communion. The concerns he raises, however, are reminiscent of the repeated appeals of a number of bishops, academics, theologians and also of the four cardinals who presented their “Dubia” to the Pope without ever receiving an answer.

Eijk said that “doubts” entered the Church with the publication of the Pope's exhortation after the two synods on the family.

“Following the two Synods on the family a document was written by the Pope, Amoris laetitia. Thereby doubts were sown. Can the divorced and 'remarried' now go to Communion or not? What you’re seeing a little is that one bishops’ conference is handling it one way, while the other one is handling it just the other way. But then, what is true in location 'A' cannot all of a sudden be untrue in location 'B.' At a given point you would be happy for there to be clarity.”

“Would you like there to be clarity?”, asked interviewer Stijn Fens.

“Yes, I would appreciate that very much. People are confused and that is not good,” answered the Cardinal.

When asked what he expects from Pope Francis, Eijk responded: “I would say: just create clarity. Regarding this point. Remove that doubt. In the form of a document, for example,” he responded.

Cardinal Eijk also made very clear what should be included in that document: “We have here of course the words of Christ himself: that marriage is one and indissoluble. That’s what we hold on to in the archbishopric. When a marriage has been declared null by an ecclesiastical tribunal that constitutes an official confirmation that you have never been married. Only then are you free to marry and to receive confession and Communion.”

The Cardinal raised concerns about the Pope's exhortation a few months after it was released.

“You cannot change doctrine with footnotes or a loose statement in an airplane interview. I would like [Amoris] to be clarified,” he said.

“Prolonged lack of clarity may result in undesirable practices to arise,” he added.

Cardinal Wim Eijk is known for his faithfully Catholic approach to marriage and human life issues. A medical doctor in his own right, he is considered as a specialist in bioethics and has always held a strongly traditional stance on the indissolubility of marriage. At the close of the two Synods on the family in 2015 he made it clear that the Roman Catholic Church should maintain its teaching on withholding Communion from the divorced and “remarried.”

Cardinal Eijk received priestly training at the traditionally-minded seminary of Rolduc in the southern province of Limburg, and was named a bishop by saint John-Paul II in 1999 for the diocese of Groningen, before being named to the more important see of Utrecht in 2007 by Pope Benedict XVI, and made archbishop in 2008. He was made a cardinal in February 2012. His faithful adherence to the teachings of the Church has made him many enemies, even among his own brother bishops in the Netherlands.

The Cardinal's comments come about three weeks after three bishops spoke out against Pope Francis’ own interpretation of Amoris Laetitia that they say does, in fact, allow some remarried divorcees access to Holy Communion. The bishops said that such a reading is causing “rampant confusion,” is “alien” to the Catholic faith, and will spread “a plague of divorce” in the Church.​

Cardinal Eijk 's successor in the Diocese of Groningen-Leeuwarden, newly consecrated Bishop Ron van den Hout, is allowing Holy Communion to be given to “remarried” Catholics.

Bishop Ron van den Hout said in a recent interview that the question about Holy Communion for “remarried” Catholics was “not a very important item.”

“I have never refused anyone Communion and won’t be doing that anytime soon,” said Bishop van den Hout when pressed on the matter.