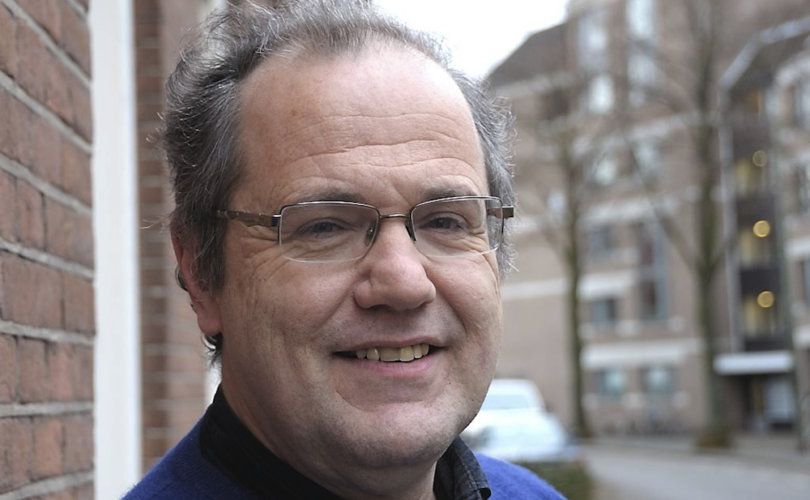 January 17, 2017 (LifeSiteNews) — The Netherlands’ only independent and traditionally-minded Catholic weekly, Katholiek Nieuwsblad, is changing course after its editor-in-chief was forced out.

The departure of Henk Rijkers, who held the position for the past four years, is arguably a side effect of Pope Francis’ insistence on “pastoral care” as opposed to clean-cut, doctrinal orthodoxy.

A division between Rijker and Huub Vromen, the new president of the paper’s governing council, percolated for more than year, with the publication of Amoris Laetitia in April precipitating the latent crisis. The main bone of contention, however, can be summarized in two words: “Catholic truth.” Rijkers believed 21st century Catholic media should make that the center of its message.

Under Rijkers’ direction, Katholiek Niewsblad (KN) published several articles setting out a critical position on Communion for the divorced and “remarried.” At that point, tension was already running high with Vromen, a former school director who objected to what he saw as overly harsh criticism toward the Pope.

Vromen became more critical of Rijkers’ leadership, leading the 59-year-old father of three adolescent children to realize he could not in good conscience continue as head of the editorial staff. On the day before Christmas, there was a contractual termination of his labor agreement.

Under Dutch law, Rijkers could not be sacked in the absence of an objective cause required to justify firing an employee, because he always fulfilled his professional obligations to the satisfaction of KN’s governing council.

But he had no other option than to negotiate his departure. Rijkers was faulted for upholding “Catholic truth,” he told LifeSiteNews, when the new leadership of KN wanted the paper to look for the “good” in other points of view. Among the reasons advanced by Vromen was Katholiek Nieuwsblad’s loss of subscribers since 2013, suggesting that readers were reacting to the paper’s rigid approach.

Many conservative print media in Europe are losing readers because of competition from free news sources on the Internet, a view that in KN’s case has been corroborated by the growing interest for its active website, which attracted 200,000 individual visitors last year.

Besides, Rijkers underscored, convicted Catholics are a rapidly disappearing species in the Netherlands. According to a survey in 2014, 49 percent of the Dutch said they have no religion at all, and only 24 percent proclaimed themselves Catholics, less than half of the proportion registered in 1900. Of these self-declared Catholics, less than 5 percent are regular churchgoers.

Rijkers is convinced that the only way Catholic media can continue to exist is by catering for those who are still attached to the faith.

While he and the editorial staff were accused by the KN governing body of being too rigid and traditional, it says a lot about Holland that Katholiek Nieuwblad is in no way “traditionalist” from a liturgical point of view, even if some attention was occasionally paid by the weekly to initiatives in that direction from groups faithful to Rome.

Vromen has been careful to present Rijkers’ departure as responding “naturally” to a moment when “new challenges” are facing Katholiek Nieuwsblad, publicly thanking the journalist for his convictions and commitment to his work and assuring that the weekly shall not depart from its current line.

On the other hand, an article published by the national daily Nederlands Dagblad clearly shows an editorial shift for KN, saying a “new age” has opened for the Catholic weekly. It quoted Vromen as saying, “We want to let the sound of the Roman Catholic Church to be heard in the community and to shed light on developments in society. We do that with respect for other opinions; not judgmentally or with a negative approach.”

Nederlands Dagblad commented that this marked a “difference” with regard to KN’s angle up to now. It goes on to quote Vromen: “Katholiek Nieuwsblad aims at connecting the faithful together and with the worldwide Church. We do not want to promote polarization.”

“There was a lot of attention in Katholiek Nieuwsblad for the opening made by the Pope in the excellent document Amoris Laetitia about love towards the divorced and remarried for these to receive the sacraments,” Vromen said. “So much attention for a footnote is regrettable. We are loyal to the Pope and to the bishops. A tough tone does not suit Catholics. You can’t accuse others of being bad Catholics.”

That is not the reason for criticism of the confusion created by Amoris Laetitia. The point is to have clarity on what the Church teaches about indissoluble marriage. Rijkers, for his part, is of the belief that it belongs to a journalist’s work not to avoid its questionable aspects.

The article by Nederlands Dagblad was vetted and approved by Vromen before publication, according to Dutch religious informer Henro Munsterman, who tweeted that Vromen publicly thanked its author via Twitter on January 5. According to Munsterman, “The strategy appears to be: readers of KN, don’t worry, remain where you are, because little is changing here; readers of the ND, don’t hesitate to come back, because things are going to change here.”

Reading between the lines of the article published on January 13 by the Catholic weekly, the changes – whatever Vromen hoped to prove – appear to have been confirmed. Assuring that “we will remain an out and out Catholic paper,” he challenged the idea that KN is “changing course,” as the Nederlands Dagblad wrote a week earlier. “KN will remain firm in doctrine, in the middle of the Church of the Netherlands and the worldwide Church,” he insisted.

But “the tone must become more positive, with less emphasis put on doctrine and more on pastoral issues,” he added, saying there would be more focus on blended families.

“You don’t want to have only quasi-saints in the paper. That only makes people think: I’m not up to that anyway,” Vromen said. “Everyone makes mistakes at one time or another. Sometimes you get into difficulties through no fault of your own. These people belong. Our paper has a message for them too. And their stories are often an encouraging model for others. That’s the pastoral side.”

He repeated that “polarization must be avoided,” that “Catholics should stand together when there are so little left,” and that differences of meaning can be exposed “without shutting others out.”

The article published by KN openly says its new bosses regret the “tone” with which the paper – Rijkers, to put it more clearly – had spoken about the Pope. “Too one-sidedly, not mildly enough.”

“What happened several times this year is that Katholiek Nieuwsblad was saying: the Pope is acting wrongly and he is consciously allowing confusion to appear,” Vromen said. “Of course, that wasn’t written in so many words, but well enough so that anyone could understand it. And that cannot be, of course.”

Vromen opines that the Pope, who was chosen under the inspiration of Holy Spirit, deserves a “basic attitude of trust,” and it is up to the Catholic media to build on his “media-friendliness.”

“We now have a Pope who appeals to Catholics and non-Catholics alike,” he said. “I also have an enormous amount of admiration for the two previous popes, I do, absolutely, but they were often not understood by the rest of the world.” This one “inspires admiration. Whether we’re talking about refugees or cooperation or the environment. These are messages that have been well received by the world. We used to have to fight against a sort of anti-image in the world and now we have a Pope who has made things easier for us.”