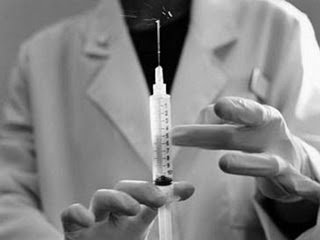 June 17, 2020 (LifeSiteNews) – The Hague geriatric physician who faced and evaded murder charges for euthanizing an elderly dementia patient in 2016 has broken her silence on the case for the first time since it happened … and showed no signs of regret even while admitting that she killed the woman despite being told that she didn’t want to go through with it.

Marinou Arends was working at Mariahoeve care home in The Hague when she killed a 74-year-old woman who had consented to die in advanced care directives written when she was still of sound mind, but had since deteriorated, and would not reiterate her consent when the time came.

“Although the woman repeatedly said she wanted to die, when asked directly, she would then say ‘not yet,” Dutch News summarized. “A second specialist agreed she was ‘suffering unbearably’ in the home and in the end, Arends put a sleeping drug in her cup of coffee; when the woman later appeared to sit up and draw back from the lethal infusion, her son-in-law pushed her down in her bed again.”

Arends was charged with illegally going through with a euthanization without ensuring consent, but was cleared last September, with the judge essentially concluding that following the patient’s earlier wishes trumped any obligation to heed her most recent ones.

“It is good to get the confirmation: do it, just do it,” Arends said this week in an interview with Dutch News. “But I couldn’t get this confirmation, and without it I had to take this step. It was tremendously difficult, but for the best. I believed I was working within the boundaries of the law.”

She admitted that the patient refused to consent to being euthanized no less than three times. “If you asked her, ‘What would you think if I were to help you to die?’” Arends recalled, “she looked bewildered and said: ‘That’s going a bit far.’”

The ex-physician also defended placing a sedative in the patient’s coffee without her knowledge, claiming it was an “accepted practice” to prevent “panic,” so long as the person with power of attorney (her husband) had consented.

In the end, she felt vindicated by the “unanimous” decision to clear her, defending her actions as a “choice between an average residency of seven years, seven years of suffering, or – on the basis of the fundamental message in her living will – giving her the euthanasia she longed for.”

“This involuntary euthanasia was motivated by bigotry against people with dementia, masked as compassion,” lamented Wesley Smith, a senior fellow at the Discovery Institute’s Center on Human Exceptionalism who covers end-of-life issues. “What other conclusion can we reach? That she was no longer compos mentis, so her opinion about her own life was unimportant?”

As for Arends’ original exoneration, Smith explained that there was “was never any chance the doctor would lose her license or do any jail time for the homicide,” and that the purpose of the case was “not to punish wrongdoing, but rather, to set precedents for death doctors to follow going forward. Indeed, this is why supposedly restrictive guidelines don’t restrict much of anything. It’s all a big fat fraud.”