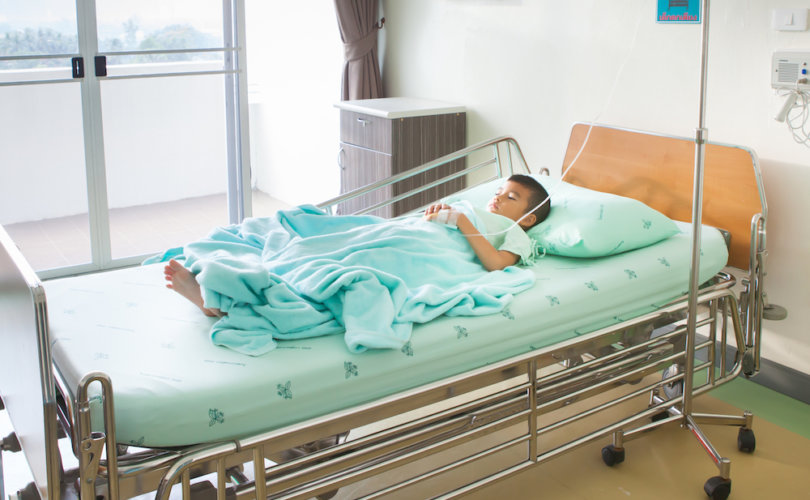 April 27, 2016 (LifeSiteNews) – The Dutch minister for public health, Edith Schippers, has decided to award about 450,000 dollars of public money for scientific research on child euthanasia. She made the announcement last week in response to a request made in June 2015 by the Dutch Association of Pediatricians (NVK) asking for decriminalization of so-called “mercy-killing” of children aged between 1 and 12.

Last Friday, Schippers told the Second Chamber of Parliament that she is presently of the opinion that there are not enough reasons to make euthanasia available for this age group, and that the NVK’s request is being put on hold. But the debate has not been closed and the minister appears to be open to other solutions.

The decision to subsidize research on child euthanasia, as well as the one – also announced on Friday – to open a new support-desk for doctors who are facing difficult end-of-life situations regarding children aged 1 to 12, do show that sooner or later the slippery slope of legalized euthanasia leads medical practice to ever-increasing sympathy towards procuring death to larger and larger categories of patients.

The majority of the lower Chamber of the Netherlands has already expressed support for child euthanasia.

Both parliamentarians and pediatricians are following the lead of neighboring Belgium, where minors are allowed to ask for euthanasia provided they are mentally competent and both their parents agree, that their suffering is unbearable, and death would take place “within a foreseeable time.” It was the Belgian law, which came into effect in February 2014, that triggered an official request from Schippers asking the NVK for its opinion. Its report was submitted one year later, and the minister took one more year to assess the situation.

In the Netherlands, euthanasia is already legal for newborns up to 12 months, and for adolescents aged between 12 and 17, who are legally considered to be “mentally competent,” insofar as their parents do not oppose the decision. Officially, 5 minors – one aged 12, and four aged 16 or 17 – have been euthanized between 2002 and 2012. Doctors are now aiming to close the gap, despite the fact that the younger the child, the less “mentally competent” it can be deemed to be.

In Belgium, there is no age limit; rather, they use a case-by-case assessment of a child’s understanding of what euthanasia means.

The Dutch pediatricians proposal would take the whole thing a step further, not only scrapping the 12-year limit in order to assess “effectual mental competence” but allowing parents to make the decision together with the doctor when the child is not competent, as is already the case from birth up to 1 year. These doctors say children under twelve are often capable of measuring the consequences of their decisions.

Eduard Verhagen, professor of pediatrics, explained last year: “We are talking about exceptional situations where children are very nearly dead, and where one would wish to afford their parents the possibility of letting their child die with human dignity. As a pediatrician, I cannot explain that everyone has that right except the age-group between 1 and 12 years.” The proposed reform would appear to be catering to the parents’ suffering more than to the child’s. It also considers as a given the fact that unaided death cannot be considered as conforming to “human dignity.”

Critics have called the proposal “a bridge too far,” says the liberal daily Volkskrant. They fear that parents who cannot bear to see their children suffer will get too great an influence in euthanasia decisions.

Minister Schippers appears to have taken these fears into account, but on the other hand she was careful to underscore that the possibility to perform euthanasia on under-12s already exists in certain cases. Physicians faced with a suffering child can already call upon the legal concept of “force majeure in the sense of an emergency situation,” said Schippers, such as in cases where “pain killers really don’t work.” Her new support-desk would give information about the legal aspects and would also recommend alternative options such as palliative sedation (which in some circumstances can be equated with slow euthanasia) and other “specific medical treatments.”

Scientific research into end-of-life practices, children’s “mental competence,” as well as the setting up of a support-desk, were both demands made by the Dutch Association of Pediatricians.