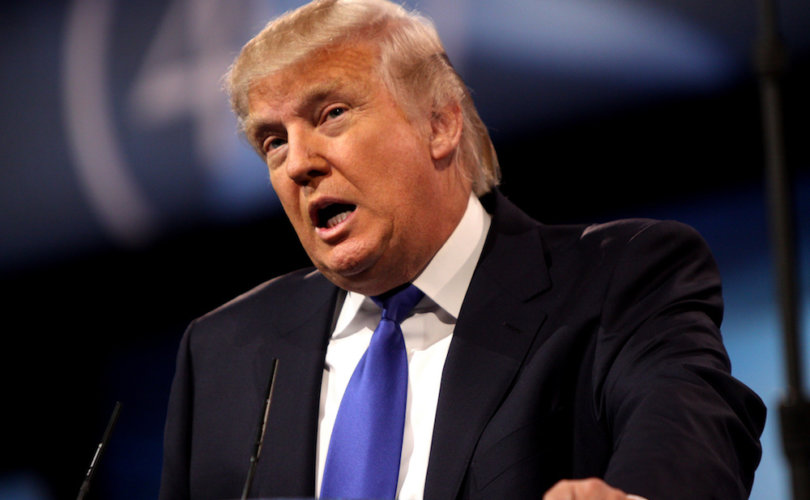 Dutch Trade and Development Minister Lilianne Ploumen announced Tuesday that the fund would bankroll projects to increase access to contraception and abortion as well as “women’s education” in developing countries, according to the Independent.

The Netherlands, which has one of the world’s most wide-open abortion regimes has approached other European Union members to donate to the fund, and intends to ask non-EU governments, corporations and social institutions as well, the CBC reported Wednesday.

The Dutch initiative “doesn’t surprise me,” says Stefano Gennarini, director of legal studies at the Center for Family and Human Rights (C-Fam).

“In some ways it’s great, because it really takes off the mask. It shows them for who they are,” he told LifeSiteNews. “These people are just interested in making money off preying on vulnerable women and their unborn children.”

On Monday, Trump restored the Mexico City Policy, which denies federal funding to foreign non-governmental organizations that perform or promote abortions as a method of family planning.

Dutch officials claim Trump’s move will reduce funding by $600 million in the next four years, the CBC reported.

A member of the pro-abortion Labour Party, the junior partner in the coalition government, Ploumen claimed the Trump administration’s decision put women at risk.

“Banning abortions does not result in fewer abortions,” she declared. “It leads to more irresponsible practices in back rooms and more maternal deaths.”

“We must not let this happen,” added Ploumen.

“We need to compensate for this financial blow as much as possible, with a broad-based fund — which governments, businesses and civil society organizations can donate to — so that women can remain in control of their own bodies.”

Foreign ministry spokesman Herman van Gelderen told the CBC that he believed relations between the Netherlands and the Trump administration would not suffer from the move.

“Where decisions are taken that are bad for women in developing countries we should help those women,” he said. “It’s not about the politics, it’s about those women.”

The Dutch government’s move “just simply reinforces the fact that the Mexico City Policy does not hurt women at all,” he told LifeSiteNews. “It doesn’t stop any helpful programs, it just stops the groups that are performing and promoting abortion, and nothing else.”

That includes abortion giant Planned Parenthood, which in the United States has recently been exposed by a Live Action undercover video showing it does not provide prenatal care, as it claims it does, Gennarini pointed out.

“And I earnestly hope they will fail miserably, simply because this is really going to be to fund abortion, the promotion of abortion, just that.”

The World Health Organization’s own 2012 data show that 91 percent of maternal deaths “are preventable,” he pointed out.

“Women are experiencing unimaginable suffering due to the scandalous lack of effective care during pregnancy and childbirth, resulting in 333,000 of them dying annually, 99 percent of which occur in developing countries,” Walley told LifeSiteNews.

“In sub-Saharan Africa, the risk of dying is one in 31 pregnancies,” he said. “These deaths are due to direct obstetrical causes during the last trimester of pregnancy, during labor and delivery, and one week afterwards.”