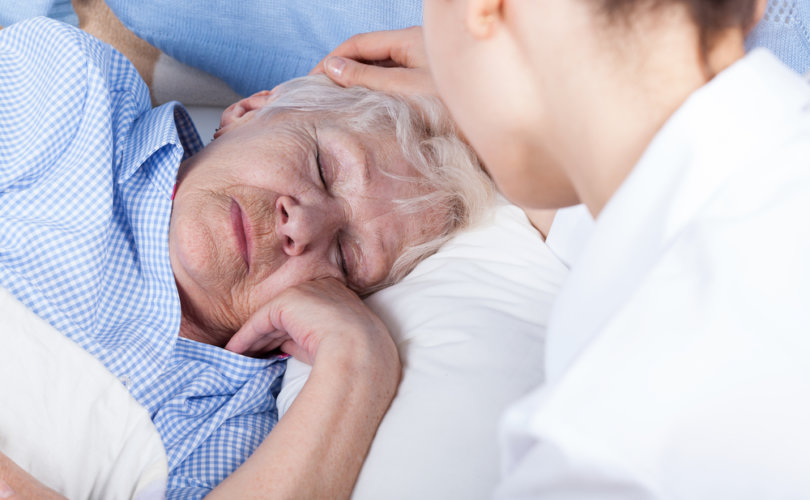 March 22, 2019 (LifeSiteNews) — A Dutch environmentalist legislator has suggested restricting surgeries for patients older than age 70 by allowing hospital geriatricians to decide whether or not to operate and continue to provide treatment.

Corinne Ellemeet of Groenlinks (the Green Left) made the proposal in February and recently presented it in the Lower Chamber of the Netherlands.

In technically advanced countries, 70 is not exactly equivalent to “old age.” In the Netherlands, people born after 1955 will only receive a state pension when they are 67 years and 3 months old. This limit is expected to rise to 70 as the population ages. Life expectancy is slightly above 81.

Ellemeet insisted that she is only interested in giving the elderly the best possible care.

“It’s not about saving money,” she said, but about avoiding “overtreatment,” because operations are not always beneficial and can even put undue strain on the patient.

However, the logic of her proposal is based on cost-effectiveness. She underscored that 70 percent of patients in Dutch hospitals are over 70, suggesting they should not receive the same treatment as younger patients as a matter of course. A screening process should be put into place when advanced and costly treatment is under consideration, she said – including heart operations, cancer treatment, kidney dialysis and the like.

“The central issue is this: What are we doing to the patient? Hospitalization, anesthesia, pain, and a deluge of drugs. Research shows overtreatment of elderly patients is still an everyday occurrence,” she said.

Clearly, the issue is a social and political one.

Ellemeert’s suggestion sparked some criticism in the Netherlands and also in neighboring Belgium, where the French-speaking daily Le Soir published a series of articles last Tuesday citing a “recent” study about public acceptance of health care savings. Clearly, her ideas are gaining traction in the general population.

More than 40 percent of Belgians favor abstaining from giving a cardiac device to patients over 85, according to the study by the federal center for healthcare expertise (KCE). Almost as many – 37.1 percent – agree that to save social security money it would be “acceptable” to stop offering vital but costly treatment to prolong the life of over 85s.

On the last point, less than 35.2 percent think such costly treatments should be administered and 27.7 percent neither agree nor disagree.

Le Soir commented the results of the study, which involved a lengthy questionnaire presented to 6.000 Belgian nationals in 2013. The 2014 study was kept “secret,” according to the news source.

The left-wing Parisian daily Libération has shown that this was not the case: the KCE study was in fact mentioned in a short report by Belga, the Belgian press agency in 2014, when it was published. The report was picked up in a brief article in a Flemish paper and was available on the site of INAMI, the Belgian social security. But, at any rate, it was “discreet.” And it certainly sheds light on what can happen in the near future in countries where public opinion appears to be nearly ready to accept rationing of health care on a quality of life basis.

In its highly visible report, Le Soir commented: “We can guess where that will lead: we’d soon have two-tiered medical care, with on the one side patients who would have to make do with social security and on the other those who are rich enough to pay themselves for unreimbursed drugs or costly operations.”

The Flemish Dutch-speaking panelists were more inclined to approve the refusal of costly care to the elderly than the French-speaking Walloon. The divide may have something to do with the fact that euthanasia is more frequent in Flanders than in Wallonia.

Le Soir added that in the neighboring Netherlands, patients over 75 no longer get pacemaker implants because of their age. This is in fact not a general rule, but it is true that a number of operations – including hip replacement after a fracture and the placing of cardiac stimulators – are only performed after an assessment of the patient’s general condition, life expectancy, existing dementia, and so forth. In such societies, where euthanasia is widely considered to be acceptable, this can be seen as a way of managing the rising costs of healthcare for a rapidly aging general population.

A representative of the INAMI (the Belgian social security) that ordered the report, called the results “shocking.”

The predominantly left-wing mainstream Belgian and French press also appeared shocked at the results. Libération wrote: “The fact that it dates back five years and was not in fact a secret does not take anything away from the information – quite chilling information if the study is correct – that more than one Belgian out of three should be, or was, prepared to reduce care for the elderly to save money.”