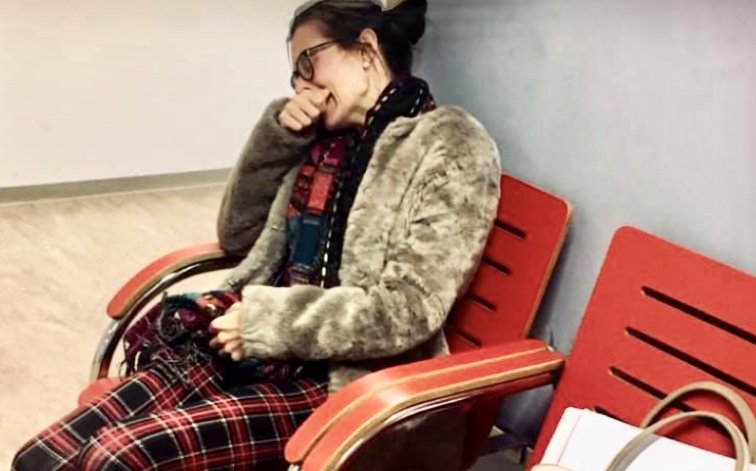 When Manon, a Dutch patient, heard those words six or seven years ago coming from the mouth of her umpteenth new psychiatrist, she couldn’t believe her ears. It was her first consultation with a new doctor.

She was hoping to find help for post-traumatic stress disorder, a condition she has been fighting for years. She certainly didn’t expect to be encouraged to end her life.

“I was tired of living and tired of fighting,” she told local media in Zwolle, in northern Netherlands.

What she wanted was treatment, help and, if possible, healing. What the doctor said to her was quite the opposite. He even gave her what he considered to be good reasons for giving up.

“The arguments were that he could see I was tired out, that I had gone through too much to go on like I was, that I had done everything humanly possible to treat my condition. ‘I can write out a referral (for euthanasia) just like that. You meet the criteria,’” Manon said he told her, according to an article published last week by zwolle.nieuws.nl.

“I was overwhelmed and angry. I couldn’t believe it. I had come to see this man to get help,” she explained. “I was suicidal, but I was looking for the help that I had actually never obtained – help for the core of my deepest pain and sorrow, my trauma, my post-traumatic stress disorder. I had lost all belief in myself, that I wanted that back.”

Manon still recalls how she felt at the time. The psychiatrist’s words made her ask herself if she didn’t “deserve” to go on living.

“Is he giving up on me, just like that?” she thought: “Yes, I’m broken, but I want to become whole again. I’m asking for help to get better, not for death!”

This was six or seven years ago, at a time in the Netherlands when it was not yet so obvious in the medical profession that mental disorders should be “treated” by euthanasia – even though unbearable mental suffering without hope of improvement is one of the accepted conditions for legal euthanasia.

Apparently, at least one psychiatrist at the time – hers – was prepared to anticipate a euthanasia request that didn’t even exist. Or to put it more precisely, he was willing, even eager to create that demand and to present a suicidal woman with all the “good” reasons for her to choose that final solution.

Manon’s story is one of despair over the Dutch medical system’s incapacity to offer therapeutic options.

Some three years later, she told her local newspaper, she was “all but dead.” Her post-traumatic stress disorder was not responding to standard treatment. Her psychiatrist wanted her to try ECT (electroconvulsive therapy, administered under anesthesia), something she had refused six years before because she didn’t “dare” face this quite invasive method.

This time, she was placed in a no-choice situation by her psychiatrist, who was also the head of the clinic where she was being treated. She would receive ECT. And if that didn’t help? Then “you may/will go into a euthanasia trajectory,” she was told.

Manon received 80 ECTs. It did not put an end to her problem and eventually had to be stopped because of digestive and liver problems linked to frequent sedation. Her depression only got marginally better.

“Not all that strange. ECT does no more than combat symptoms; it certainly won’t help you tackle the core problem,” she said.

What Manon wanted above all was healing, and despite her profound depression, she was prepared to go on fighting. She started a writing therapy course, and that helped. Unfortunately, her therapist left town, and for the last 16 months, she has received no therapy at all.

Now, Manon is desperately “shopping around,” trying to find someone who will take her case. The answer is always the same. Her problem is “too complex;” she has “gone through too much.”

Now, this sad and suffering woman who doesn’t “want to die for the moment” has decided to keep the euthanasia option in the back of her mind. She is personally “for” euthanasia in a general way, she told zwolle.nieuws.nl, but it needs to be “well-informed,” which means not pushed on people when they are down, as happened to her.

“My last hope is pinned on a trauma center with a slightly different approach,” she said. “If that doesn’t work, (euthanasia) will be my choice.

“Especially as in the last 15 years I’ve lost about 40 people through suicide, eating disorders and a few to euthanasia. Insanely many. For a few, that last option was luckily available. But it’s a long trajectory. Mental suffering is extremely heavy to bear and lonely, and I hope that these waiting lists will also get shorter.”

“But I really want to live,” she repeated. “How crooked the world seems to be.”

Her story is somewhat of a cautionary tale. It shows how the seeds of euthanasia were planted in her mind at a time when she hadn’t even thought of it.

Her death wish seems anything but authentic. On the contrary, Manon seems to have shown a rare fighting spirit amid all of her problems. Perhaps the psychiatrists were tired of her, instead of her being tired of living.

And that is also one of the many negative sides of euthanasia. It is killing, but it also marks the death of compassion and inventiveness where the worst affected patients are concerned.

In the Netherlands and Belgium, where euthanasia for psychiatric reasons is deemed legal, the list is slowly growing long of otherwise healthy men and women – especially women – who are given a fatal shot as an easy way out.