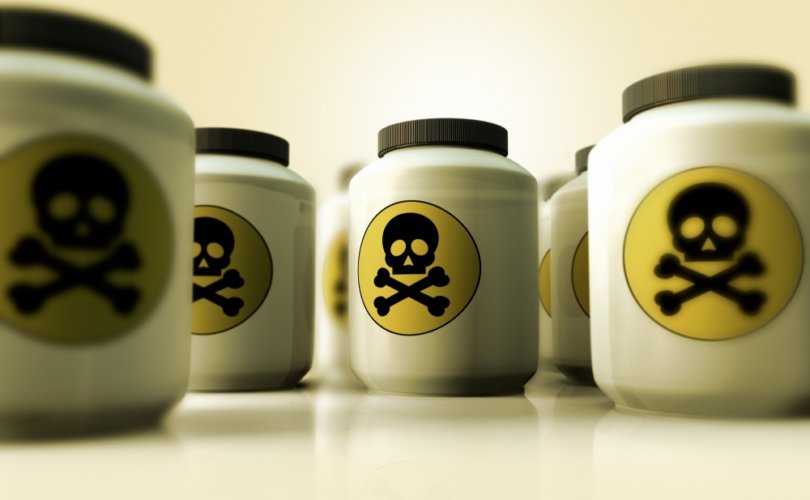 THE HAGUE, February 6, 2020 (LifeSiteNews) — The Dutch government has published a study that shows how many people want to end their own lives, prompting a political party to provide suicide pills for the elderly.

According to the study prepared by the Dutch Ministry of Health, the Wijngaarden Commission found there are a number of people aged 55 and over who, despite being in good health, “have a consistent and active desire to die.” The commission sought to find out how many residents want euthanasia simply because they do not want to go on living.

Minister of health Hugo de Jonge, a Christian Democrat, believes that rather than prescribing death-dealing drugs, the government should “try to restore the taste for life” for his fellow citizens. “There is no doubt that the results show this is a major social issue both for this government and for society. This group of people’s death wish is serious and the report underlines the need for action,” de Jonge said.

The issue of euthanasia is dividing the ruling coalition government, which consists of the Christian Democrats and liberal political parties.

Some 49 years ago, law professor and Dutch Supreme Court justice Huib Drion argued in favor of giving citizens who had reached the age of 79 the means to end their own lives in the form of a poison pill. Rather than taking a poison pill himself, Drion died peacefully in his sleep in 2004 at the age of 86. However, his idea lives on. His book, Het Zelfgewilde Einde Van Oudere Mensen (“The Self-Desired End for Older People”), was influential in the public debate that eventually saw the legalization of assisted suicide.

Assisted suicide has been legal in the Netherlands since 2002, under certain conditions. Typically, physicians provide an intravenous sedative that is followed by a drug that suppresses breathing. That year, there were 1,882 cases of assisted suicide. Five years later, the conditions under which assisted suicide was allowed were expanded, leading to the more than 7,000 persons who annually submit to being killed by the country’s medical system. This amounts to about 20 persons per day.

Currently, Dutch law allows euthanasia when the patient’s suffering is unbearable with no prospect of improvement, provided the decision to die is voluntary. Technically, patients under the age of 12 are not eligible for voluntary euthanasia. However, doctors can end the lives of children under 12 who are diagnosed with uncontrollable and unbearable suffering, and with parental consent.

In the political sphere, the leftist D66 party is now pushing for a poison pill for the elderly. D66 is a member of the coalition that currently makes up the majority in the Dutch parliament. A party spokesman said the government has been too slow to provide improved means for ending human life. Pia Dijkstra of D66 said on Thursday she will offer “completed life” legislation in February that would allow elders over 75 without unbearable medical conditions to request euthanasia. On social media, Dijkstra claimed that there is “broad support for people to manage a dignified end to their own lives.”

According to DutchNews.nl, Carla Dik-Faber, a deputy of parliament for the Christian Union party, said her party is vehemently opposed to the proposed legislation. “Making a suicide pill available would be the most cynical response to people with a death wish.” She added, “We would be giving up on them instead of wanting to be there for them.”

In a report by ABC newspaper of Spain, Dik-Faber warned that once legal assisted suicide is made widely available, many elderly people will be encouraged by those around them to end their own lives. “Older people may feel unneeded in a society that does not value aging. It is true that there are people who feel lonely, and others may have a life of suffering, and these are not easily overcome, but the government and society should take up the responsibility. We don’t want ‘end-of-life consultants.’ We want ‘life guides.’ For us, all lives are valued.”

Dik-Faber told ABC the proposed legislation would allow so-called “end-of-life consultants” to administer death drugs, instead of physicians, as currently required by law. She said this is “not merely an individual’s problem, but it affects the entire society.” She added that physicians and other experts and her party do not want to see current law modified. Dik-Faber said the purpose of the government is to protect its citizens, especially the youngest, disabled, and oldest.

Even if parliamentarians of the Christian Union vote against the D66 euthanasia proposal, the bill could pass with votes from minority parties. The result could be the fall of the current government following the break-up of the current coalition.