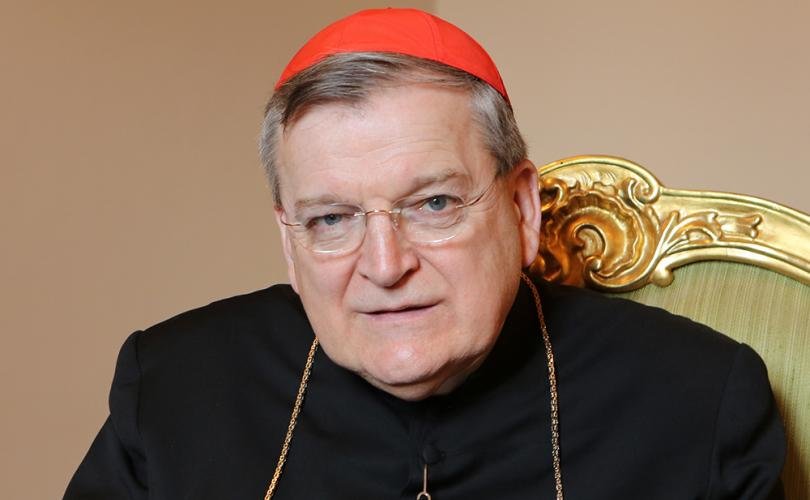 (LifeSiteNews) — Pope Benedict made Raymond Leo Burke “one of the princes of the Church, but now, due to the Covid virus, due to the medical protocols, he seems to be dying alone in a hospital in Minnesota, unable to see his family,” explained Dr. Robert Moynihan, Ph.D., founder of Inside the Vatican in a video interview with LifeSiteNews’ Jim Hale on Tuesday.

“There is also no permission for any priest or any bishop or any cardinal who would like to see Cardinal Burke before the end,” said Moynihan. “No one is allowed to see him.”

“It’s a very sad moment … people should be aware of how these days are unfolding for him,” he continued, expressing hope that a hospital chaplain will be able to administer last rites.

“The hospital chaplain is allowed to go in once a day, we’ve been told, and we’ve just picked this information up from the hospital itself,” he said.  “We have no information about his condition and we’re still trying to understand why no bulletin is being published.”

Moynihan said that the fact that Cardinal Burke’s sister is at the hospital but has not been allowed to see her brother is a terrible indictment of how things are being handled by the hospital.

“All of us know that if your brother is dying, or if he’s gravely ill, you want to have a moment with him personally before he passes,” he said.

“Anybody who enters a hospital today has to be aware it may be the last time they’re going to see any member of their family,” cautioned Moynihan.

Moynihan added that he’s received numerous emails and texts suggesting that Cardinal Burke “did not receive medical treatments that have been shown in other cases to be helpful in treating Covid,” and instead was immediately put on a ventilator.

Cardinal Burke was admitted to the hospital last week after he tested positive for COVID-19. Despite being quite lucid as recently as Sunday, Cardinal Burke is now experiencing grave difficulty breathing and is not speaking, according to Moynihan.

“Archbishop Viganò, who is a friend of Cardinal Burke, has asked for prayers for Cardinal Burke and has also asked that doctors provide the medication that in other cases seem to have provided some help,” he recounted.

According to Moynihan, Archbishop Viganò contacted a prominent doctor in Italy who has had great success in using different medications to combat the virus, yet he has been unable to connect this doctor up with Cardinal Burke’s medical team.