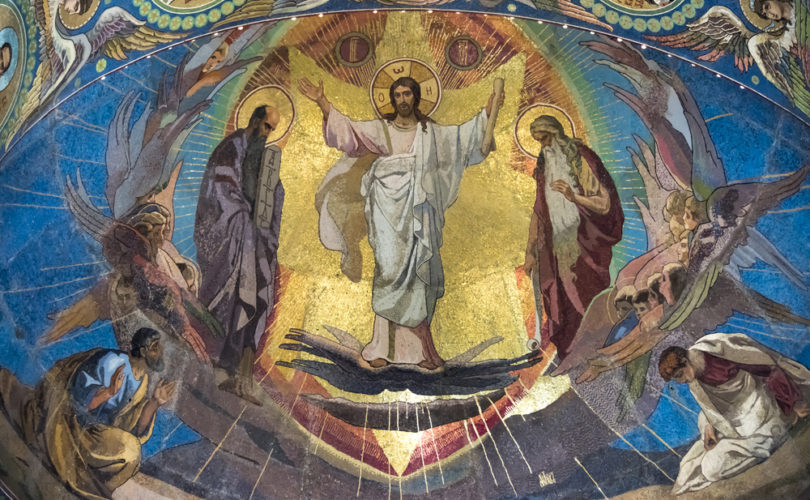 Urge Pope Francis to correct his remarks on contraception. Sign the petition.

That admonition is sorely needed today as it seems for the Catholic Church, a time of darkness continues unabated. We are living in historic times, but for many, since life seems to be continuing as usual, the gravity of our current situation doesn’t make an impression (Mt 24:38). The revolution inside the Church, which became evident in the 1960s and was combatted by Popes St. John Paul II and Benedict XVI, has been reawakened by Pope Francis himself.

Thankfully, Pope Francis has practically begged Catholics, laity included, to make known their points of view, even criticisms of his actions. He is hearing the voices of many so-called progressive Catholics urging him to pursue their agendas, but very few orthodox faithful have made known their concerns. There are a few notable exceptions, a couple of whom Pope Francis thanked personally for their interventions, but more on that later.

During the Synod of Bishops on the Family, the Pope warned the participants against saying what the Pope wanted to hear. “This is not good!” he said. He laid down the rule, “Speak clearly. Let no one say: 'This you cannot say.'”  He called on the prelates to speak boldly and listen with humility.

Among the lay critics are two Italian journalists, Mario Palmaro and Antonio Socci, who rather severely criticized the Pope’s liberal actions in writing.

Palmaro’s criticisms made early in the pontificate in 2013, consisted of accusing the Holy Father of attempting to capture the praise of the world rather than remaining faithful to the truth. When Palmaro’s cancer was acting up and he was dying, Pope Francis called him on the phone. The pope said he had read Palmaro’s criticisms and understood that they were done for the love of the Church and the papacy. Francis also told him it was important for him to receive the criticisms.

Socci, whose new book contains an open letter to Pope Francis outlining the actions which have caused confusion and scandal among the faithful, called on the Holy Father to: “Rethink the entire path you have taken until now, avoid other very grave steps, such as a post-Synod Exhortation which would permit an opening to Cardinal Kasper’s ideas.” Socci sent the book with a letter to the Pope.

Urge Pope Francis to correct his remarks on contraception. Sign the petition.

Pope Francis replied, thanking him for the book and for the criticisms. “In reality, also criticism helps us to walk on the righteous path of the Lord. I thank you very much indeed for your prayers and those of your family,” the Pope wrote.

And it’s not only Pope Francis urging us to speak up. The Church itself, in canon law, says Catholics have not only the right but also the duty to offer respectful, but forceful, criticism. This grave duty is outlined in Canons 211 and 212 of the Code of Canon Law:

Church historian Dr. Roberto de Mattei notes on the subject the saying of the great Dominican theologian Melchor Cano: “Peter has no need of our lies or adulation. Those who blindly, indiscriminately defend every decision by the Supreme Pontiff are those who undermine most the authority of the Holy See: instead of reinforcing its foundations, they destroy them.”

On April 29, we’ll celebrate the feast of St. Catherine of Siena. Remember her?  She was the saint who admonished Pope Gregory XI to return the papacy to Rome from Avignon. Naturally, she did it out of love, but she also did it firmly and repeatedly. What many don’t know about St. Catherine is that she was a lay woman, not a nun (only a third order Dominican). She was also illiterate for most of her life and died at the tender age of 33.

We have the Church’s canon law, the example of the saints and Pope Francis himself all calling us to speak up on the crisis going on now in the Catholic Church. Those opposing the side of the Angels have the Pope’s ear, so how can we be silent? We must let our concerns be heard.

That is why LifeSiteNews has launched a petition to the Pope asking him to correct his statements on contraception made on the plane returning from Mexico. Those remarks, which were confirmed by his spokesman, have created the false impression throughout the world that the Church’s teaching has changed.

For the love of God, His Church, His Pope and His Truth, it cannot be allowed to stand. The faithful must let their voices be heard. Let us summon that courage that comes from the Resurrected Lord and speak up for His Truth in love for the Pope and the Church.