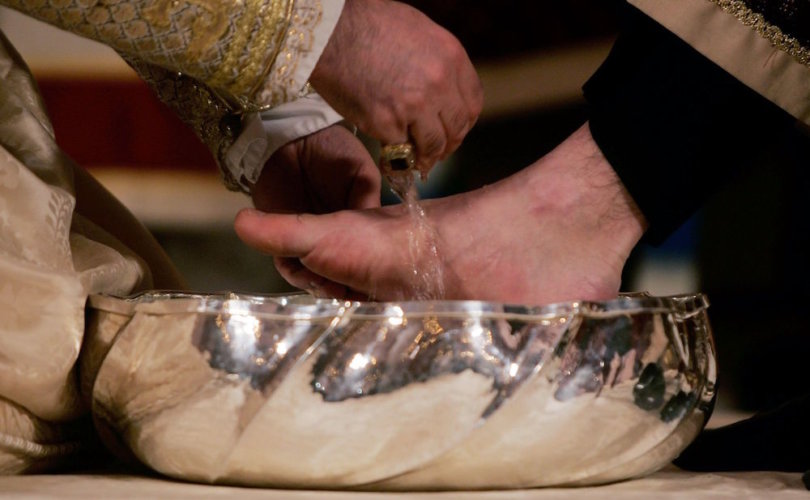 The Syro-Malabar and Syro-Malankara Eastern Catholic Churches announced that the Holy Thursday liturgies of their rites will remain this way because the allowance Pope Francis made for women's feet to be washed was intended for the Roman Rite.

Every priest and bishop “has to decide in accord with his own conscience, and according to the purpose for which the Lord instituted this feast,” said Sarah.

The traditional twelve men whose feet are washed represent the Twelve Apostles. On Maundy (Holy) Thursday, Catholics commemorate Christ's institution of the Eucharist and the all-male priesthood.

“It was clarified that the decree is meant for the Latin Church only,” according to a statement Church Cardinal George Alencherry of the Syro-Malabar Church circulated. “Both the Decree and the letter of the Holy Father, which prompted it, mention specifically only 'Roman Missal.' Thus, this change does not concern the liturgical practices in the Eastern Churches.”

“Bishops in the place of Jesus wash the feet of 12 men in the place of 12 disciples,” Father Bovas Mathew, a spokesman for the Syro-Malankara Church, told Matters India. “At the end of the liturgy one of the 12, representing Peter, washes the bishop’s feet.”

The washing of the feet at Holy Thursday Mass is “a rite performed by Christ upon His disciples to prepare them for the priesthood and the marriage banquet they will offer, and which is rooted in the Old Testament practice of foot-washing in preparation for the marital embrace (II Kings 11:8-11, Canticles 5:3),” the Canons Regular of St. John Cantius explain. It is also rooted “in the ritual ablutions performed by the High Priest of the Old Covenant (contrast Leviticus 16:23-24 with John 13:3-5).”

Last year, Cardinal Oswald Gracias, president of the Conference of Catholic Bishops of India, asked its member Latin rite dioceses to wash women's feet on Holy Thursday. Gracias said the group of people whose feet the priest washes should represent “the variety and unity of each part of the people of God.”