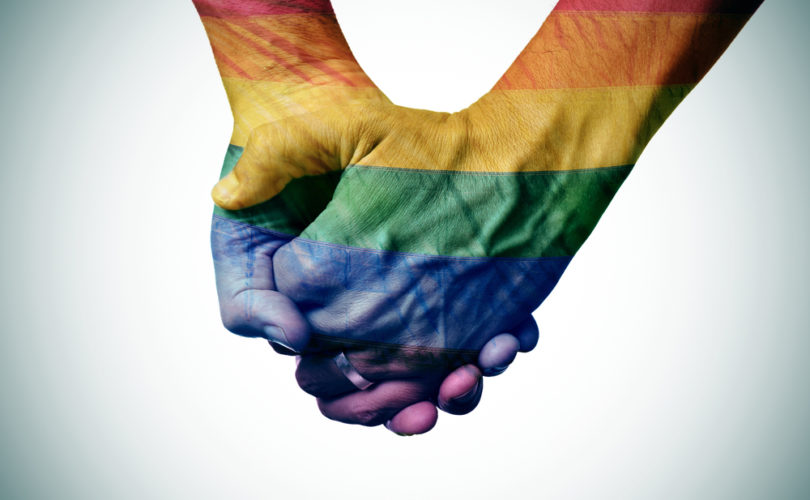 December 21, 2015 (C-Fam) “What’s the secret to convincing the world to back a movement?” mused M.V. Lee Badgett in an Atlantic article last year. “Figure out how it could impact the global bottom line.” According to the University of Massachusetts economics professor, countries that criminalize homosexual behavior or fail to recognize same-sex unions suffer financially due to lost productivity.

Although the UN’s Office of the High Commissioner for Human Rights (OHCHR) is a strident supporter of lesbian, gay, bisexual, and transgender (LGBT) rights, the Member States of the UN General Assembly continue to reject the controversial notion. Last Friday, a coalition called the LGBT Core Group held an event at the UN to highlight the economic costs of LGBT exclusion. For an event held on Human Rights Day, the message was far more pragmatic than aspirational.

The event, and the advocacy video created for it, focused on research by Professor Badgett and her colleagues claiming to quantify the economic “price of exclusion” of LGBT people. A 2014 study funded by the Williams Institute and USAID conceded the immense difficulties in quantifying this effect: “there are few comparable international indicators of even the most basic aspects of actual LGBT life,” including its population size.

Measuring anything regarding LGBT populations has long proven to be difficult, if not impossible, to achieve. What is considered to be the “gold standard” social science study of human sexuality, conducted by Dr. Edward Laumann and his colleagues at the University of Chicago in 1994, declares that estimating a single figure of homosexual prevalence is a “futile exercise” because it would require that homosexuality is a “uniform attribute across individuals, that it is stable over time, and that it can be easily measured”—assertions the authors call “patently false.”

In a 2014 presentation to the World Bank focusing exclusively on India, Badgett posited that annual costs of LGBT discrimination could reach $31-32 billion. In her published report, she declined to include that estimate. “The magnitude of the potential losses described in this report will be directly related to the size of the LGBT population,” she wrote, noting elsewhere that existing data sources for several model inputs, including the prevalence of being LGBT, were lacking.

Nevertheless, her World Bank estimate, which was labeled as “preliminary” and not for citation, was repeated without caveat in the new OHCHR video.

To bolster the macroeconomic case and sidestep the difficulty of quantifying the LGBT population, in the USAID-funded study Badgett and her co-authors compared 39 countries, 29 of which are considered to be “emerging” economies, and scored them on their laws related to LGBT issues. They found “a clear positive correlation between per capita GDP and legal rights for [LGBT] people across countries,” but were unable to establish a causal link between them.

On the microeconomic side, Badgett and colleagues noted that being jailed, such as for violating anti-sodomy laws, removes people from the workforce. They discussed how health problems affect LGBT persons at higher rates, including higher rates of depression, suicide, HIV/AIDS, and substance abuse, attributing them to “minority stress,” specific targeting by alcohol and tobacco companies, and a lack of specialized interventions by health systems.

None of these studies examined the possibility that laws and community norms around sexual morality could have a positive economic impact. But a growing body of social science research, such as the information housed at the recently-launched MARRIpedia database, reveal the protective effects of traditional norms on sexuality and family structure and stability.