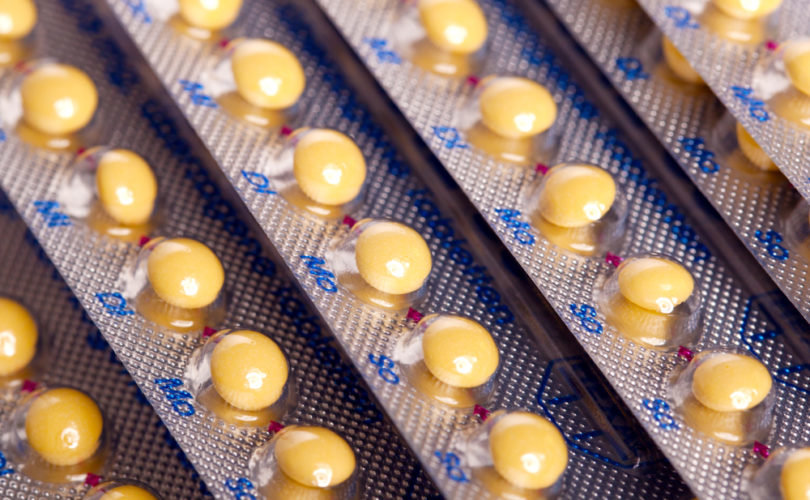 March 22, 2018, (LifeSiteNews) – A newly developed contraceptive pill for men, now in trials, works by reducing the presence of testosterone in adult males to levels typically found only in prepubescent boys and girls.

One of the side effects among some of test subjects is decreased libido, also a common side effect of female contraceptives.

Despite the drug’s side effects and impact on the male body, mainstream media outlets are hailing this as “a male birth control pill that is both safe and effective.”

The results of the study were presented Sunday at the annual Endocrine Society meeting in Chicago. The researchers found that the proposed hormone pill, called dimethandrolone undecanoate or DMAU, effectively reduced testosterone and other hormone levels responsible for sperm production without any serious side effects, according to Dr. Stephanie Page, an endocrinologist at the University of Washington School of Medicine and a lead author of the study.

“Our goal – and everyone's goal in this field – is to develop a method for men that has minimal side effects, and the holy grail would be to develop something that also has a health benefit for men,” Page said.

Researchers studied 83 men between the ages of 18 and 50 who were divided into four groups. The first was a control group, and the remaining three groups received the drug in dosages of 100, 200, or 400 milligrams.

Normal testosterone levels in adult males ranges from 350 to 1,100 nanograms per deciliter.

The next round of DMAU trials will focus on sperm production levels, which weren’t actually observed during the first set of tests.

The question that will no doubt face the manufacturers and marketers of DMAU is, “How do you get male customers to pay for a product that will chemically castrate them?”