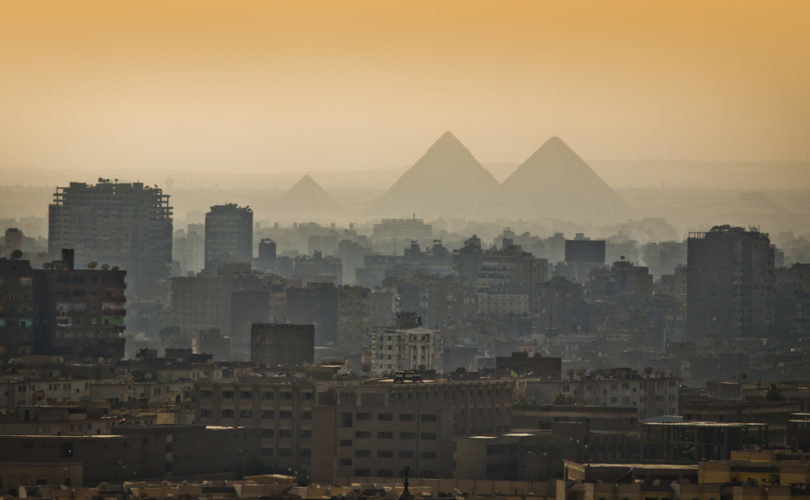 CAIRO, June 16, 2015 (LifeSiteNews) — Egypt's Minister of State for Population, Hala Youssef, announced last week that the government will seek to solve the country's economic problems by instituting population control measures aimed at cutting the fertility rate from the current 3.5 children per woman to 2.4 children by 2030.

“This is the target,” Youssef said, according to the Associated Press. She explained that the plan involves motivating couples not to have the traditionally sought after large families by providing financial incentives to pay for schooling, but also by “public awareness” campaigns and expanded access to “family planning services.”

“We're coordinating with other ministries on this issue, for example the ministry of social solidarity, to give financial compensation to families to keep their girls and boys in school,” Youssef said, adding that her ministry hopes to avoid “using negative incentives.”

This latest population control strategy was initiated after a USAID-funded study last year showed that after decades of government-instigated population reduction, fertility rates began to spike in 2008.

In 1994, Steven Mosher of the Population Research Institute wrote that the Egyptian government's 5-year-plan was to bring the population growth rate to a complete standstill. It is noteworthy that the same policies that were put in place over 20 years ago are again being promoted now.

Mosher wrote that “the Egyptian government’s approach to 'population problems' is through direct intervention to 'reduc[e] fertility, increase emigration and adjust patterns of spatial distribution.' The target is reduction of the population growth rate (presently 2.2) to 1.0–1.3 by the year 2000. As of 1983, the government’s family planning program was integrated into 3,200 Ministry of Health Clinics throughout the country. Families who comply with official population policies are rewarded through improved educational and cultural services.”

Earlier this month, however, Mosher pointed out that no less than the prestigious New York Times has “thrown in the towel on overpopulation” when it ran an article discrediting the population alarmism of the past fifty years.

“In 'The Unrealized Horrors of Population Explosion' the newspaper has finally (several decades too late) thrown population control on the ash heap of discredited ideas,” Mosher wrote.

“But America’s ‘newspaper of record,’ as it styles itself, failed to record the horrors themselves,” Mosher said, stressing that the Times article “was woefully incomplete.”

“In other words, the New York Times does not even begin to tell the whole story. The horrors of anti-human population control campaigns continue today,” Mosher stated, and concluded with the warning that “lest we forget, the grim game of controlling human numbers continues, albeit under a different name. Today, efforts to disable women’s reproductive systems are called 'reproductive health' programs. Orwellian, isn’t it?”