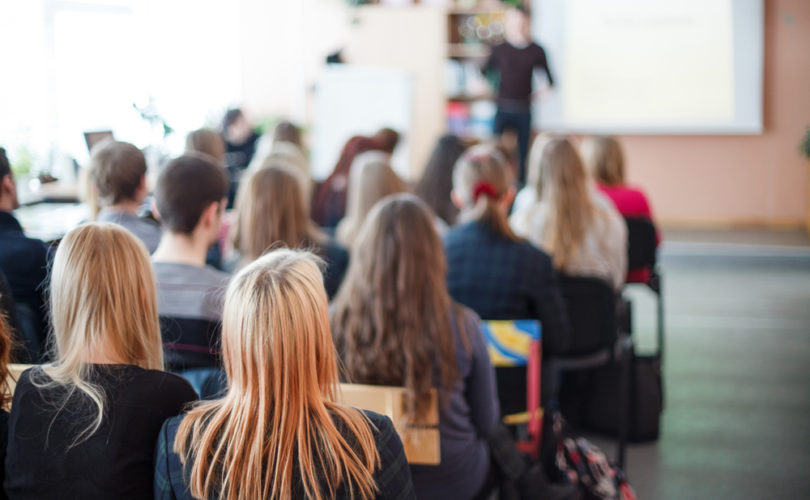 September 10, 2015 (CardinalNewmanSociety) — Seven Catholic colleges have responded to a Cardinal Newman Society report by removing or editing website pages that indicated links between the colleges and Planned Parenthood.

But more than three weeks after the report exposed scandalous associations with the nation’s largest abortion provider, most other colleges cited in the report have taken no action to correct the problem.

“We communicated with each of the colleges and urged them to dissolve any relationship with Planned Parenthood,” said Cardinal Newman Society President Patrick Reilly. “The colleges that did take action deserve our gratitude, and we pray that they will take steps to prevent such problems in the future.”

The connections include recommending Planned Parenthood as a health resource to students, hiring faculty who currently or previously worked at Planned Parenthood centers, hosting events with representatives from the organization, and encouraging students to apply for internships and volunteer opportunities at various Planned Parenthood facilities.

Of the 63 connections identified last month, at least 15 have been changed or removed permanently from their respective websites.

Mount Mercy University, Stonehill College and the University of Dayton responded to the Newman Society by letter, expressing regret for the Planned Parenthood connections and noting that some materials were a few years old but had not been removed from their websites. “Thank you for the opportunity to set the record straight,” a Stonehill College representative wrote to the Newman Society.

USD removed two of its incriminating links encouraging potential careers at Planned Parenthood for students, but two other ties connecting current faculty to the abortion provider remain active and unchanged.

Additionally, it is unclear whether or not Regis University in Denver, Col., has cut ties with the organization. Access to a description for the Master of Arts in Marriage and Family Therapy, which originally suggested that students volunteer with organizations like Planned Parenthood, is now limited and can no longer be viewed by the public.

Some of the more egregious connections discovered in the report have been removed, including one connection summarized in the recent Crisis Magazine article by Petrisek and Reilly:

One example is Mount Mercy University in Iowa. We found a local government chart of “Sexual Health Resources” on the University website (with a URL indicating sponsorship by the student life office) that links to Planned Parenthood of the Heartland in Cedar Rapids as a resource for “Pregnancy/STI Testing,” “HIV/AIDS Resources,” “Health Education,” “Women and Children’s Services,” “Sexual Health Advocacy” and “LGBT Resources.” There is nothing naïve about the referral; the chart itemizes services including “Birth control supplies and information; Pregnancy testing; Abortion pill; In-clinic abortion;…Emergency contraception (ECP’s/Plan B).” Planned Parenthood clinics are similarly listed in separate charts of “Counseling and Therapy Resources” (noting that clinic staff can “talk with individuals about their pregnancy options”) and “Family and Youth Resources.”

The connections to Planned Parenthood are clearly damaging to the Catholic identity of the colleges, and in some cases may suggest a cruel indifference on the part of Catholic college leaders and employees.

“Every one of the relationships that we expose in this report ought to appall any Catholic who values human life and relies on Catholic educators to teach in complete fidelity to the Catholic faith,” the report states. “The scandal is only greater because of the recent revelations of the abhorrent practices at Planned Parenthood.”