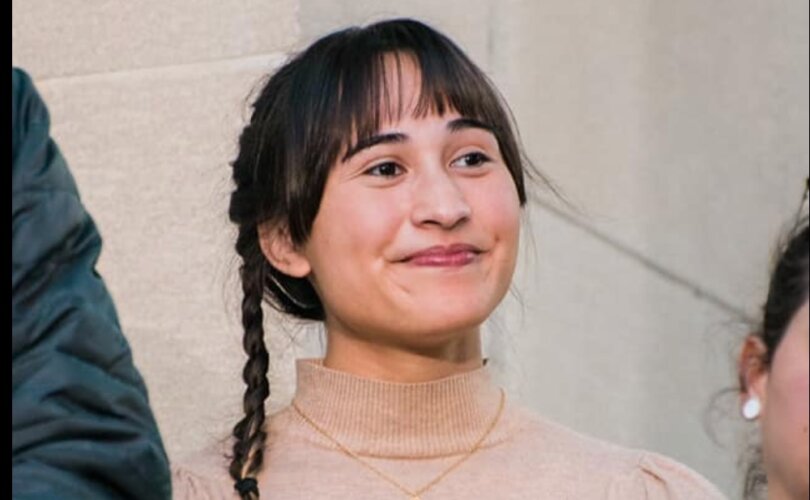 (LifeSiteNews) — A teenage girl will sue the doctors and institutions responsible for prescribing her puberty blockers and testosterone at only 13-years-old and removing both her breasts when she was just 15-years-old.

Eighteen-year-old detransitioner Chloe Cole, who underwent procedures to appear male and now advocates against such treatments for children, announced in an Intent to Sue notice on Tuesday that she is launching a lawsuit against the various medical practitioners and health institutions involved in her care.

“You performed, supervised, and/or advised transgender hormone therapy and surgical intervention for Chloe when she was between 13-17 years old, which constitutes breach of the standard of care,” the notice reads.

The 14-page document details the extent of the medical malpractices throughout Chloe’s transition and states that her representatives will be seeking “punitive damages based on the evidence of malice, oppression and fraud.”

The notice says that the medical professionals responsible for Cole’s transition “coerced Chloe and her parents to undergo what amounted to a medical experiment by propagating two lies.” The first was telling them that her gender dysphoria would not dissipate by itself, and the second was that Cole was at risk of suicide if she did not socially and medically transition.

“Both of these statements were false,” it states.

The notice also outlines the lack of informed consent throughout the entirety of Cole’s transition process, saying that there was a “complete failure to properly advise Chloe and her parents of the serious risks of undergoing this permanent treatment that amounted to medical experimentation on Chloe.” The document stated that there was no informed consent regarding the dangers of puberty blockers, testosterone treatment (especially for females), or double mastectomy surgery.

The Intent to Sue notice also states that Cole was urged through the process despite there being “no long-term controlled follow-up studies involving hormone treatment on children of Chloe’s age,” as well as the fact that “there are many substantial and unknown risks in addition to the foregoing identified risks.”

In her Wednesday appearance on Fox News’ “Tucker Carlson Tonight,” Cole said that the whole ordeal has left her mentally, physically, and emotionally drained. She explained that she is filing the lawsuit because she wants to hold those responsible for her life-altering choices as a  child accountable for their actions, and to stop them from hurting others like her.

“I mean, what happened to me is horrible, but it didn’t only happen to me; that’s the worst part,” she said. “It’s happening to children all over the US, all over the West, and it’s spreading all over the world.”

“I want to create a precedent for other people who have been in my situation to find justice themselves,” she continued.

Cole also told Carlson that she is “devastated” by the effects of her so-called “transition,” damage that she will never be able to reverse.

“It’s been very hard to cope with the loss of my breasts, and it’s affected other areas of my health as well,” the young woman said.

“The treatments have made me very sickly, actually.”

Cole also reflected on what her misguided childhood decisions could mean for her future.

“As an adult, I will never be able to breast-feed whatever children I will have,” she said. “I don’t even know if… Because I was put on puberty blockers and testosterone at only 13 years old, I don’t know if I’ll be able to conceive a child naturally.”

“I made an adult decision as a child,” she added.

Attorney Harmeet Dhillon, founder of the Center for American Liberty, told Carlson that they wish to see an end to this “medical malpractice.”

“We intend to shut these barbaric and unnatural practices down,” she said.