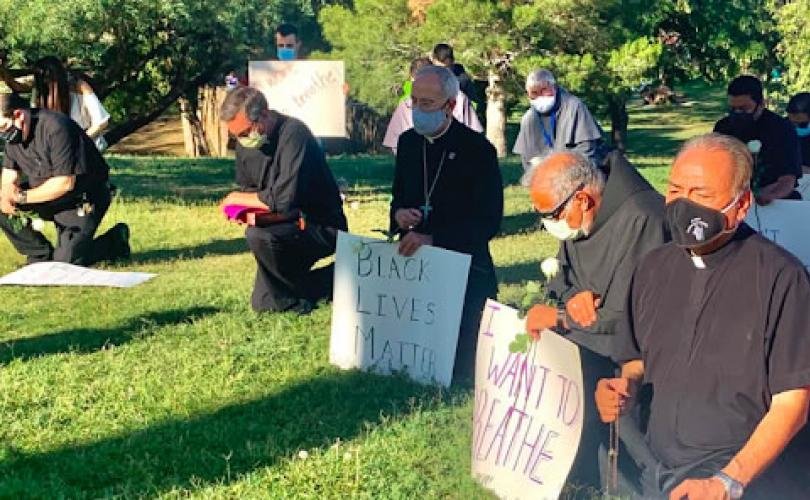 EL PASO, Texas, October 28, 2020 (LifeSiteNews) — Bishop Mark J. Seitz has declared that all churches within El Paso County must return to suspended status from October 27 to November 8 due to reported a rise in COVID-19 cases in the area, according to yesterday’s Catholic Diocese of El Paso press release:

“Suspended status states that all church gatherings are limited to just those necessary to facilitate the gathering or live-streaming of Mass, not to exceed 10 people. Funerals, weddings, baptisms, and similar liturgies are postponed. Church meetings and classes should either be postponed or held virtually. Churches will be closed. Confession is available by appointment only. The Diocese will re-evaluate the next phase of church gatherings protocols after November 8th.”

Seitz himself tested positive for the virus and had mild symptoms earlier this month, but emerged from quarantine two weeks ago. Seitz said that the “entire community ought to be very concerned about the unprecedented number of positive cases that have been reported over the last several weeks.”

“This virus is a mortal threat to many and is spreading unchecked at this time. We must come together as a community out of concern for all who are vulnerable among our families.”

Seitz recently wrote an article arguing against so-called ‘single-issue voting.’ In that article Seitz said that he is “encouraged by [Joe] Biden’s campaign promises to address climate change, create a path to citizenship for the undocumented, restore protections for asylum seekers and never repeat the criminal practice of separating families at the border.” Additionally, Seitz has written of his support for Black Lives Matter and was seen kneeling in a public park with other demonstrators. Pope Francis subsequently called Seitz to congratulate him on his involvement in the demonstration.