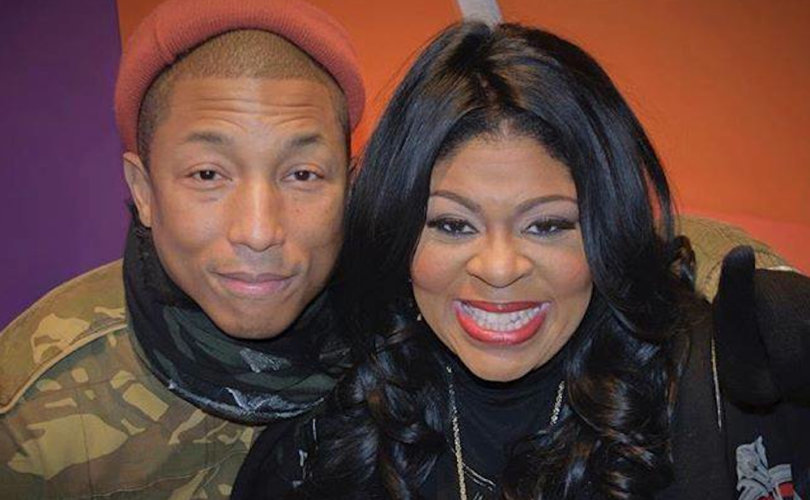 HOUSTON, Texas, January 5, 2017 (LifeSiteNews) – Ellen Degeneres has cancelled a scheduled appearance on her talk show by Gospel singer Kim Burrell, after a video of the singer preaching against homosexuality last week was posted online, provoking a backlash.

In the sermon, delivered at the Houston church Burrell founded, the singer warned against homosexual behavior.

“That perverted homosexual spirit is the spirit of delusion and confusion, and has deceived many men and women,” she said. “And it’s caused a stain on the Body of Christ.”

She also listed specific homosexual acts and said acting upon them was perverted.

Burrell went on to criticize homosexuality in the church, citing Georgia megachurch Pastor Eddie Long, who has been accused of sexually abusing male members of his church, and Andrew Caldwell, who became an Internet phenomenon after a 2014 video of him declaring that he’d been delivered from homosexuality went viral.

The clip with this part of Burrell’s sermon was posted on YouTube with the title “Kim Burrell bashes homosexuals; implies they will die in 2017,” getting more than a half-million views by Monday and those numbers approaching one million at press time.

The following day, Burrell released a video message on Facebook live in which she stood by the message in her sermon, saying she came online to respond to the backlash because she cared about God’s creation.

Burrell pointed out that the focus was on selective portions of her sermon given at Love & Liberty Fellowship Pentecostal Overcoming Holy Church, saying this was the design of “the enemy” to make it look like she has a personal agenda against people.

“We’re not in a war against flesh and blood,” Burrell explained.

“To every person that is dealing with the homosexual spirit that has it — I love you because God loves you,” she emphasized. “But God hates the sin in you and me, anything that is against the nature of God. I’m called to do what God called me to do and that’s it.”

She also clarified in the video she was addressing people who operate with that spirit in the church with deception.

Burrell was supposed to sing “I See A Victory” Thursday on Degeneres’ show with music artist Pharrell Williams from the soundtrack of the new Hidden Figures movie.

But DeGeneres, who is openly gay and was presented with the Presidential Medal of Freedom in November by Barack Obama for her influence on gay rights, announced Tuesday on Twitter that Burrell had been bumped, tweeting, “For those asking, Kim Burrell will not be appearing on my show.”

An online petition asking Williams and DeGeneres to cancel Burrell’s appearance was signed more than 6,000 times.

Williams himself responded, though not naming Burrell, posting on Instagram, “I condemn hate speech of any kind.”

“There is no room in this world for any kind of prejudice,” he went on. “My greatest hope is for inclusion and love for all humanity in 2017 and beyond.”

Singer and actress Janelle Monáe, who stars in the “Hidden Figures” film, was set to appear on DeGeneres’ show with Burrell and Williams.

She shared Williams’ post, stating, “My advice: If your religion is causing you to spew out words of hate, judge, or look down on others because of who one loves then you need to change it.”

Actress Octavia Spencer, another star of the film, shared Williams’ post as well, writing, “I agree. We are all God's children equal in his eyes. Hatred isn't the answer. Intolerance isn't the answer.”

A number of other music artists, celebrities and a Black Lives Matter activist criticized her on social media.

Katonya Breaux, the mother of rapper Frank Ocean, with whom Burrell sang on his latest album, tweeted, “Me: Son, can we crop Kim Burrells voice out of your song??”

One improbable supporter defended Burrell amid the backlash and shared his personal experience that conflicts with the current social media narrative.

“Kim Burrell loves people,” O’Rhonde Chapman said. “She supported me, embraced me, encouraged me and inspired me to be all that I have become today.”

Chapman credits her with helping to change his life after Burrell encountered him eight years ago as a homeless former Houston high school student who struggled for acceptance while being transgender. Burrell welcomed Chapman with open arms at her church and pushed him to pursue his dream of attending design school and starting his own fashion line.

“I was openly gay at the time,” he said in a KHOU11 report. “So (Burrell) embraced me. She didn’t shun me. She didn’t have hatred towards me. She treated me in a way that I was supposed to be treated.”

He first cringed when he saw the sermon clip, but he wishes Burrell was being judged by more than that, and was compelled to speak up after her “Ellen” appearance was cancelled.

Chapman said, “Even hearing that snippet, I still know that her heart for people to do right and her heart after making sure that God’s mission was completed was every bit of pure no matter how it’s being received.”