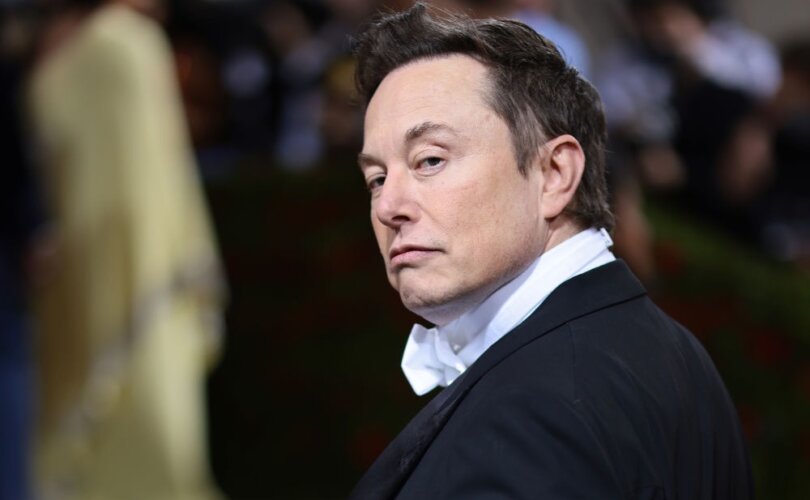 (LifeSiteNews) — A new batch of Twitter files has been released revealing that conservative voices were officially “shadow banned” by Twitter, including some political candidates.

BREAKING: Elon Musk confirms US political candidates were blacklisted while running for officehttps://t.co/hdKu5xUsoA

Unlike a formal banning, “shadow banning” refers to the practice of manipulating the platform’s algorithms to secretly suppress or limit a users’ account without their knowledge.

In response to the second batch of Twitter files, conservative journalist Ian Miles Cheong asked if “any political candidates — either in the US or elsewhere — [have been] subject to shadowbanning while they were running for office or seeking re-election?”

He also asked “whether any of Twitter’s acts of covert (shadowbanning) suppression was done at the behest of political agents, campaigns, activists, or the government at any level—especially federal.”

Furthermore, there is the question of whether any of Twitter’s acts of covert (shadowbanning) suppression was done at the behest of political agents, campaigns, activists, or the government at any level—especially federal. @elonmusk

Elon Musk replied in the affirmative to the questions posed by Cheong by simply saying “yes.”

In response to the shadow banning revelations, Musk tweeted that Twitter is working on a software update that will allow users to see if they are being restricted, and to appeal any restrictions.

Twitter is working on a software update that will show your true account status, so you know clearly if you’ve been shadowbanned, the reason why and how to appeal

Independent journalist Bari Weiss released a series of Tweets highlighting relevant information from newly released documents from Twitter, clearly showing that along with political candidates, some of the biggest names in conservative media were blacklisted.

One blacklisted account belongs to Dr. Jay Bhattacharya, who is one of the original signatories of the Great Barrington Declaration, that argued early in the declared pandemic that lockdowns, isolation, and masking would not help with the spread of COVID and would lead to greater societal harms.

3. Take, for example, Stanford’s Dr. Jay Bhattacharya (@DrJBhattacharya) who argued that Covid lockdowns would harm children. Twitter secretly placed him on a “Trends Blacklist,” which prevented his tweets from trending. pic.twitter.com/qTW22Zh691

In addition, massively popular right-wing commentators Dan Bongino and Charlie Kirk had their accounts rigged in a way where their tweets and accounts would be suppressed.

For his part, Bongino’s account was slapped with a “do not search” configuration, and Kirk’s was set to “do not amplify.”

The admission by Musk and subsequent confirmation in the Twitter files release stands in contradiction to statements made by former CEO Jack Dorsey, who testified to Congress in 2018 that “political viewpoints” were not considered by Twitter.

In addition, in 2018 Twitter’s Vijaya Gadde (then Head of Legal Policy and Trust) and Kayvon Beykpour (Head of Product) said: “We do not shadow ban.” They added: “And we certainly don’t shadow ban based on political viewpoints or ideology.”

Weiss also confirmed through sources at Twitter that “visibility filtering” – a euphemism for shadow banning – happens “quite a bit.”

According to Weiss’ sources at Twitter, this would happen without the user knowing it, and specifically to popular accounts with viewpoints that leftist-heavy Twitter viewed as “controversial.”