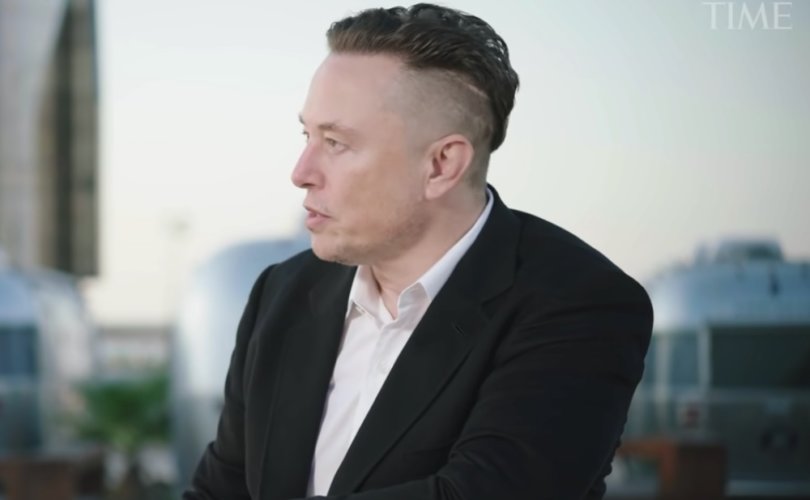 (LifeSiteNews) – Tech mogul Elon Musk expressed hope Wednesday for human trials of his Neuralink wireless brain chip to start within six months, a project raising questions about the ethics of blurring the line between man and machine.

“We want to be extremely careful and certain that it will work well before putting a device into a human,” the Tesla, SpaceX, Neuralink, and Twitter chief said of the device, the New York Post reported. “The progress at first, particularly as it applies to humans, will seem perhaps agonizingly slow, but we are doing all of the things to bring it to scale in parallel. So, in theory, progress should be exponential.”

A passion project for years, Musk says Neuralink holds promise for a broad range of applications, from restoring disabled patients’ eyesight and motor function to mentally controlling electronic devices. He also touts the project as a safeguard against artificial intelligence (AI) eventually becoming “much smarter than humans” and controlling society. Only by “merging” with AI, Musk claims, will humans develop the capacity to stay ahead of it and protect themselves from it.

Neuralink, which has missed several internal deadlines for U.S. Food & Drug Administration (FDA) approval, has shown mixed results in animal trials, Mediaite noteed. Some test subjects implanted with the chip have successfully moved computer cursors, though 15 of 23 allegedly died “from brain hemorrhages and self-mutilation” between 2017 and 2020.

While the promises of the technology are massive, so are the potential dangers.

“I cannot imagine a scenario in which there would not be an endless number of governments, advertisers, insurers and marketing folks looking to tap into the very biological core of our cognition to use it as a means of thwarting evildoers and selling you stuff,” Christopher Markou of the University of Cambridge wrote in 2017, asking “what if the tech normalizes to such a point that it becomes mandatory for future generations to have a whole-brain implant at birth to combat illegal or immoral behavior (however defined)?”

“There’s also the issue of security,” he adds. “If we’ve learned one thing from this era of ‘smart’ everything, it’s that ‘smart’ means exploitable. Whether it’s your fridge, your TV, your car, or your insulin pump, once you connect something to something else you’ve just opened up a means for it to be compromised.”

Once considered a left-of-center individual best known for electric vehicles and private space travel, in recent years Musk has staked out a reputation for political independence and found new allies on the political right, emerging as a vocal critic of censorship by social networks, going so far as to purchase Twitter this year and making it more open and politically neutral, to the outrage of left-wing activists.