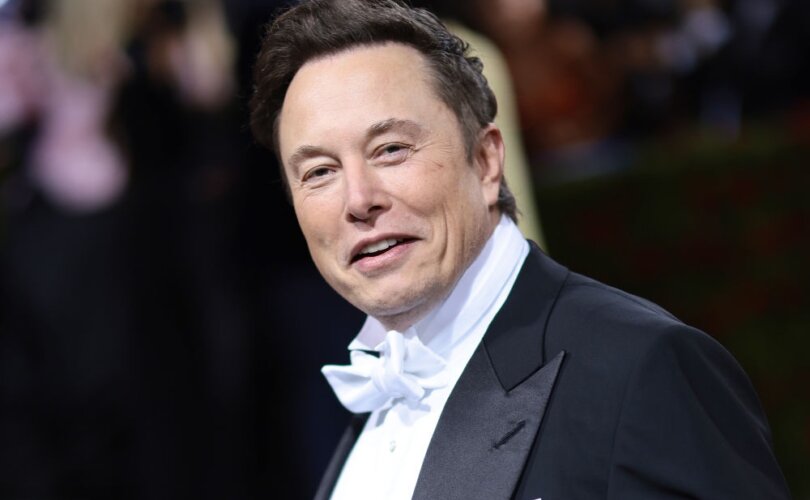 (LifeSiteNews) — Newly-minted Twitter owner Elon Musk on Friday honored his promise to release the so-called “Twitter files,” internal records revealing the big tech platform’s censorship practices and the backstory behind the suppression of the Hunter Biden laptop story just ahead of the 2020 presidential election.

The information was made public in a slow-rolled Twitter thread written by Matt Taibbi and linked by Musk.

According to the thread, Twitter’s “staff and executives” utilized tools to curb speech at the behest of “[o]utsiders” who “began petitioning the company to manipulate speech as well: first a little, then more often, then constantly.”

“By 2020, requests from connected actors to delete tweets were routine. One executive would write to another: ‘More to review from the Biden team.’ The reply would come back: ‘Handled,’” Taibbi wrote.

Taibbi posted a screenshot from an email thread between Twitter employees in October 2020, just weeks before the massively controversial presidential election, which was tainted by the infamous social media censorship of the New York Post‘s blockbuster report about the scandalous contents of a laptop belonging to Joe Biden’s son Hunter.

8. By 2020, requests from connected actors to delete tweets were routine. One executive would write to another: “More to review from the Biden team.” The reply would come back: “Handled.” pic.twitter.com/mnv0YZI4af

“Celebrities and unknowns alike could be removed or reviewed at the behest of a political party,” Taibbi continued, adding that while both Republicans and Democrats “had access to these tools” (he said that “in 2020, requests from both the Trump White House and the Biden campaign were received and honored”) the “system wasn’t balanced.”

“It was based on contacts. Because Twitter was and is overwhelmingly staffed by people of one political orientation, there were more channels, more ways to complain, open to the left (well, Democrats) than the right,” Taibbi said, confirming conservatives’ longtime suspicions that right-wing voices and entities are more regularly targeted on social media than their left-wing counterparts.

Taibbi then jumped into the story about Twitter’s involvement in suppressing the Hunter Biden laptop story.

17. On October 14, 2020, the New York Post published BIDEN SECRET EMAILS, an expose based on the contents of Hunter Biden’s abandoned laptop: https://t.co/q4zaMw6aVV

“Twitter took extraordinary steps to suppress the story, removing links and posting warnings that it may be ‘unsafe,’” Taibbi wrote. “They even blocked its transmission via direct message, a tool hitherto reserved for extreme cases, e.g. child pornography.”

Taibbi posted a screenshot of an email from a Trump campaign staffer who called out Twitter for locking White House spokeswoman Kaleigh McEnany out of her account for merely discussing the New York Post’s report on the platform.

19. White House spokeswoman Kaleigh McEnany was locked out of her account for tweeting about the story, prompting a furious letter from Trump campaign staffer Mike Hahn, who seethed: “At least pretend to care for the next 20 days.” pic.twitter.com/CcXTfsdzCT

20.This led public policy executive Caroline Strom to send out a polite WTF query. Several employees noted that there was tension between the comms/policy teams, who had little/less control over moderation, and the safety/trust teams: pic.twitter.com/0IFnVPCOgY

Strom was advised in response that the story was being blocked for violating the platform’s policy on “hacked materials.”

However, that story quickly crumbled.

“Hacking was the excuse, but within a few hours, pretty much everyone realized that wasn’t going to hold,” one employee said. “But no one had the guts to reverse it.”

Taibbi said there’s no evidence the censorship of the Hunter Biden story came at the request of government entities. Instead, he said it was decided “at the highest levels of the company, but without the knowledge of CEO Jack Dorsey, with former head of legal, policy and trust Vijaya Gadde playing a key role.”

In an email conversation, employees expressed “confusion” about the decision to characterize the laptop story as “unsafe” and thereby suppress it.

https://t.co/j4EeXEAw6F can see the confusion in the following lengthy exchange, which ends up including Gadde and former Trust and safety chief Yoel Roth. Comms official Trenton Kennedy writes, “I’m struggling to understand the policy basis for marking this as unsafe”: pic.twitter.com/w1wBMlG33U

In one email, former VP of global comms Brandon Borrman asked, “Can we truthfully claim that this is part of the policy?”

However, Twitter’s legal counsel advised employees that since the laptop might have been hacked, “caution is warranted.”

The way Twitter handled the story triggered concern from one Democratic congressman, Ro Khanna, who reached out to Twitter for information. According to Taibbi, “Khanna was the only Democratic official I could find in the files who expressed concern.”

When Gadde responded with details about Twitter’s policies, Khanna pushed back, arguing the methods to suppress the story appeared to infringe on First Amendment rights to free speech.

Democrats, however, reportedly said the situation suggested there ought to be more censorship of conservative reports, not less.

It is worth noting that LifeSiteNews, which has a history of being censored and suppressed on social media platforms, experienced a significant reduction in engagement on Twitter when first reporting on the Hunter Biden laptop story in 2020.

@elonmusk FULL TRANSPARENCY: we’re a pro-life & pro-family Catholic news org w/ 57k+ followers… are we supposed to believe that only 8 ppl liked our #HunterBidensLaptop story and only ONE person RT’d it? 🤔 pic.twitter.com/dik9UyA1Pz