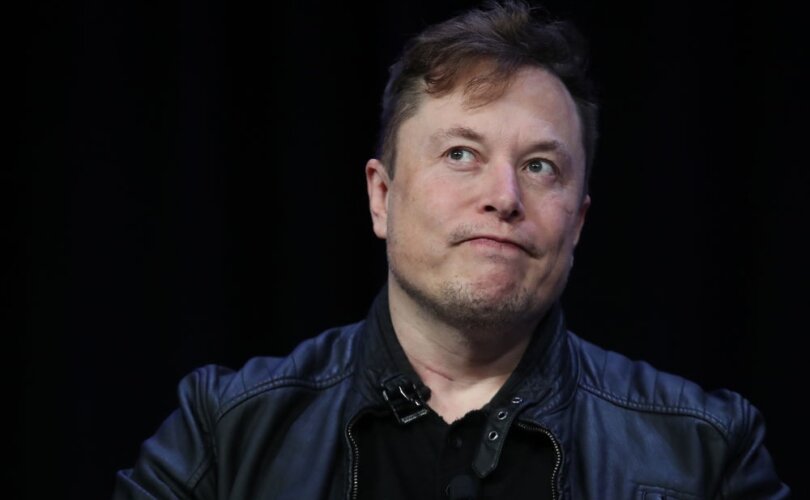 (LifeSiteNews) — Billionaire entrepreneur Elon Musk, who officially took over Twitter late last month in a bid to restore free speech to the platform, confirmed this week that Apple has threatened to pull Twitter from its app store amid Musk’s moves to loosen speech restrictions and restore banned accounts.

On Monday, Musk responded in the affirmative to a tweet asking whether ​​Apple, which produces nearly half of all smartphones used in the U.S., was “threatening Twitter’s presence in the App Store or otherwise making moderation demands?”

In a separate tweet, Musk said that Apple had “threatened to withhold Twitter from its App Store, but won’t tell us why.”

Apple has mostly stopped advertising on Twitter. Do they hate free speech in America?

Musk also responded to messages suggesting that Apple had engaged in censorship of search terms, signaling that the world’s richest man may be positioning to lodge a significant challenge against the massive tech corporation.

On Tuesday, Musk continued his criticism of Apple, responding to a tweet by venture capitalist David Sacks who suggested that “[w]ith the possible exception of Microsoft in the late 90s, there has never been a tech monopoly as powerful as Apple.”

“This is a serious problem,” Musk reacted.

Last week, Musk said he would go so far as to make his own smartphones if Apple and Google choose not to support Twitter on their devices.

Musk made the comment in response to a question from conservative podcaster Liz Wheeler, who suggested the billionaire entrepreneur “produce his own smart phone” if Google and Apple “boot Twitter from their app stores.”

I certainly hope it does not come to that, but, yes, if there is no other choice, I will make an alternative phone

Musk has earned broad support from conservatives for his stance on issues like free speech, ESG scores, and the dangers of plummeting birth rates. Earlier this year, he announced his intention to vote for Republican candidates despite having consistently voted a straight Democratic ticket in the past, and he has publicly endorsed Florida Republican Gov. Ron DeSantis for president in 2024.