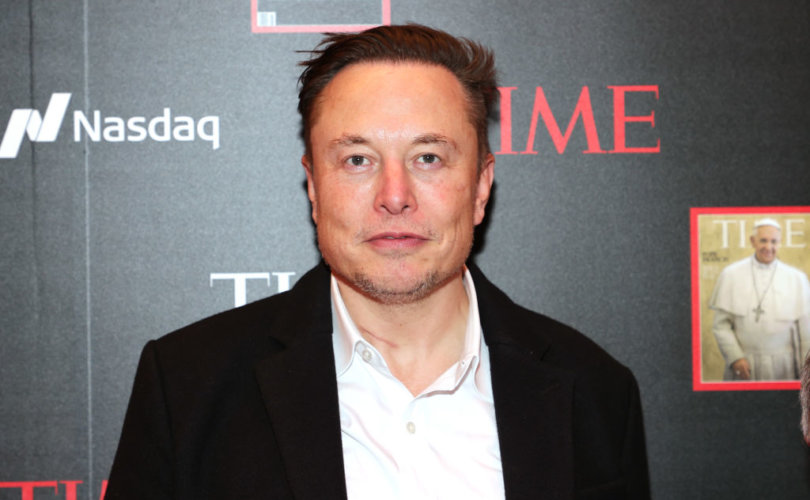 (LifeSiteNews) — Tesla and SpaceX CEO Elon Musk said “Canadian truckers rule” in response to the convoy heading to Ottawa to demand an end to vaccine mandates and COVID policies across the country.

Presently it is estimated that as many as 50,000 trucks are headed to the country’s capital as part of the Canadian freedom movement in protest of Prime Minister Justin Trudeau’s heavy-handed COVID policies, which include a federal vaccine mandate for Canadian truckers.

The convoy has been noticed beyond Canada, as well. Popular American podcast host Joe Rogan talked about it on his show, saying to his guest that Canada “is in revolt,” before showing a video montage of the massive convoy heading across the country.

Responding to a comment in his Twitter thread which expressed concern about government “abuse” of citizens, Musk responded: “Freedom is being stripped away one piece at a time until it is gone.”

He even intimated that truckers are in a place to avoid government surveillance and control of their communications by saying: “CB radios are free from govt/media control.”

CB, or citizens band, radios are still widely used by truck drivers and allow for instant coast to coast communication for purposes of organization. One of the hallmarks of the trucking convoy has been its organization, as the truckers are accustomed to operating within the bounds of detailed dispatching operations.

“If you scare people enough, they will demand removal of freedom,” he continued. “This is the path to tyranny.”

If you scare people enough, they will demand removal of freedom. This is the path to tyranny.