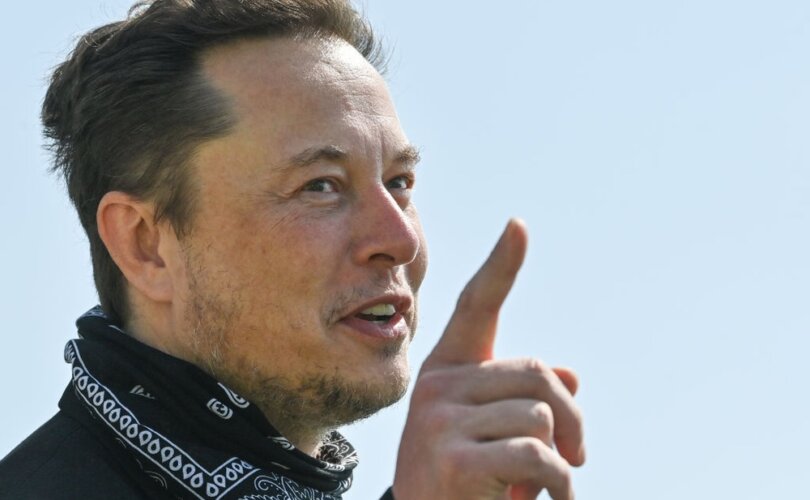 The SpaceX founder and Tesla CEO made the remark in response to a lengthy Twitter thread by author Michael Shellenberger about the Davos confab.

The World Economic Forum’s Davos summit starts tomorrow. Its founder, Klaus Schwab, is one of the most influential men alive. He even participated in the G-20 summit of world leaders last November.

Why is that? And who, exactly, is Klaus Schwab?https://t.co/wSSU4N24go

According to Shellenberger, the Klaus Schwab-founded organization “is fighting back against those who say it and its founder are seeking global domination through a ‘great reset’ aimed at stripping the masses of their private property, de-industrializing the economy, and making everybody eat bugs.”

He noted that contrary to the protestations of its public relations wing, the WEF is hardly hiding its much-criticized agenda.

“Davos is one of the most heavily publicized events in the world,” he said, adding that each conference draws “hundreds of articles about the world leaders, celebrities, and billionaires.”

READ: John Kerry praises WEF for being part of ‘select group of human beings’ who are ‘saving the planet’

Shellenberger also pointed out that the WEF’s “wealth is managed by an internal Investment Committee that seeks to incorporate ‘environmental, social and governance (ESG) criteria in its investment strategy to manage the foundation’s long-term strategic reserves.’”

Musk responded to Shellenberger’s thread in a Sunday tweet, commenting that “[t]he S in ESG stands for Satanic.”

The S in ESG stands for Satanic

The quip by the world’s richest man wasn’t his only poke at the Davos summit, which has sparked renewed backlash amid the global COVID-19 response.

On Tuesday, he suggested that it “[d]oes seem odd” that FBI Director Christopher Wray is among those speaking at the conference.

On Wednesday, Musk doubled down on his criticisms of the WEF, arguing that the group “is increasingly becoming an unelected world government that the people never asked for and don’t want.”

A Wednesday Twitter poll posted by Musk to gauge whether people think that the “World Economic Forum should control the world” saw a sweeping majority cast their votes for “No.”

As of the time of this writing, about 86% of respondents said they didn’t think the WEF should have that power, compared with only 14% who think it should. Newsmax commentator Benny Johnson suggested that any account that voted in favor of WEF domination “is a guaranteed bot.”

The World Economic Forum should control the world

A maverick entrepreneur who said last year he would be voting Republican after a lifetime of voting for Democrats, Elon Musk has also spoken out against the WEF and its left-wing ESG agenda in the past.

In May, the billionaire torched the ESG agenda as “a scam” that has been “weaponized by phony social justice warriors.”

In December, he expressed his consistent view that underpopulation, rather than overpopulation, poses an existential risk to future life, calling out the WEF’s overpopulation “philosophy” which he said spells the “death of humanity.”

Musk’s outspoken stances on such hot button-issues have garnered him broad support from many conservatives. Last year after announcing his intention to switch his political preference from Democrat to Republican, he publicly endorsed Florida Republican Gov. Ron DeSantis for president in 2024.

Some remain skeptical of Musk, however, whose Neuralink company seeks to connect human brain activity to the internet. It’s also unclear exactly where Musk stands on some of the other major issues of interest to social conservatives, like abortion and the LGBT agenda.

In 2020 Musk, who has a son who identifies as a woman, lobbed a mild critique against the prevailing trend of transgender pronouns, tweeting, “I absolutely support trans, but all these pronouns are an esthetic nightmare.” He also highlighted the fact that his electric car company Tesla scored a 100/100 for “LGBTQ equality” for the fourth consecutive year.

Speaking about Texas’ 2021 moves to ban abortion, Musk deflected at the time, saying he “would prefer to stay out of politics” but that the “government should rarely impose its will upon the people,” LifeSiteNews previously reported.