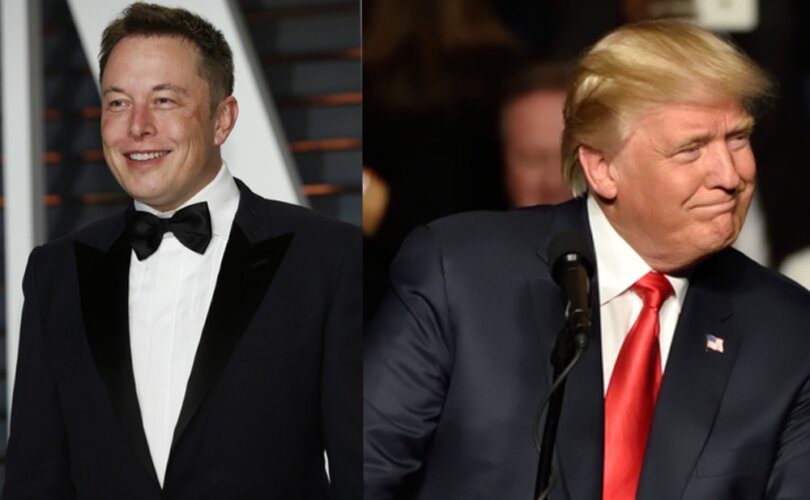 (LifeSiteNews) — The Twitter account of former President Donald Trump has been restored after Elon Musk, Twitter’s new owner and CEO, hosted a poll on the issue which attracted more than 15 million votes.

The people have spoken.

Trump will be reinstated.

The move to reinstate Trump follows a number of other high profile accounts being restored in recent days.

Musk has previously said that reinstatement decisions would be made after development of a “clear process” guided by a “content moderation council with widely diverse viewpoints.”

I'm back. Thanks @elonmusk pic.twitter.com/MnWWNDACGD

We're back. Let that sink in.

Twitter agreed to sell to Musk, a longtime opponent of the social network’s censorship policies, for $44 billion in April. After a dispute over whether bot accounts had inflated the company’s actual value, the deal went through in October, and Musk swiftly fired top executives including now former-CEO Parag Agrawal, chief financial officer Ned Segal, and legal policy & Trust and Safety chief Vijaya Gadde, all of whom were involved in the company’s discrimination against conservative users; as well as dissolved the company’s 9-member board of directors.

Among Musk’s reported plans to reform Twitter are a more politically-neutral approach to user speech, a crackdown on spam and bot accounts, and making its algorithm public in the interest of transparency, all of which threatens the left-slanted content moderation policies for which the social network has become so controversial.

Signs so far that Musk’s Twitter will live up to conservatives’ hopes have been mixed. On the one hand, the tech mogul has begun to publish previously-hidden evidence of the old management’s activities and teased more to come, declared that anyone suspended “for minor & dubious reasons” will be allowed back, and even presided over previously-unheard-of “context checks” on misleading tweets from the Biden administration.

On the other hand, Musk has mentioned having met with a number of representatives for left-leaning identity groups including NAACP, the Anti-Defamation League, Color of Change, and the George W. Bush Presidential Center “about how Twitter will continue to combat hate & harassment & enforce its election integrity policies”; and vouched for far-left Head of Safety & Integrity Yoel Roth (who has since left the company).