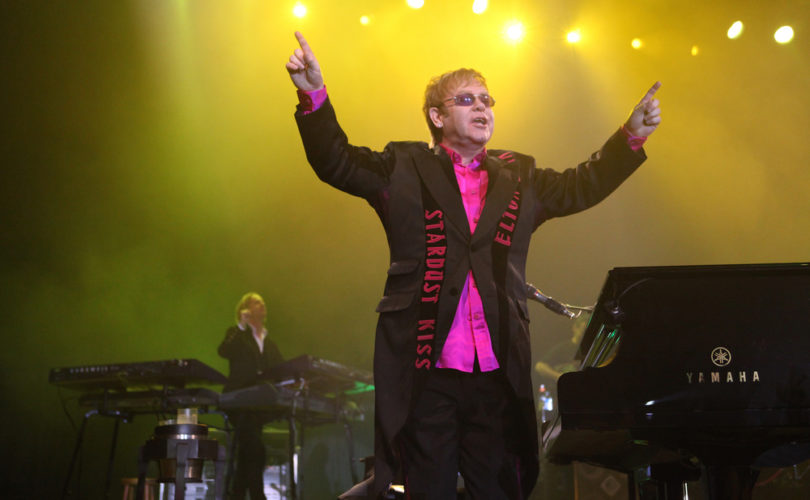 During the past weekend, John called Brugnaro “extremely silly” and “boorishly bigoted” in an Instagram post. His post also depicted one of the storybooks that, according to the rock star, promotes an “all-inclusive world where families come in all shapes, sizes and colours.”

“Instead of encouraging a world based on inclusiveness, tolerance and love, he's championing a future society that's divisive and fosters ignorance,” the post continued. “Beautiful Venice is indeed sinking, but not as fast as the boorishly bigoted Brugnaro.”

The book depicted in the Instagram post, called “The Family Book”, is a favorite of John’s and was among the books that were withdrawn from Venetian preschools, which seemed to spark the singer’s anger.

Elected in June, Brugnaro withdrew 49 books whose main characters were same-sex couples from preschools and nurseries last month, as he had promised to do during his campaign.

Brugnaro responded on Twitter in a series of tweets in Italian that said: “The challenge is to give real resources for saving #Venice.”

Another message he tweeted on Tuesday said, “At #Venice we definitely will not risk creating sexual confusion for children younger than 3 years old. We respect the growth of children!”

Hundreds of Venetians showed their support for their mayor with tweets like: “If you don’t share their ideas, you’re a bigot, redneck, homophobe, fascist, racist, etc. We are with you.”

This is not the first time John attacks Italians for standing against gay “marriage”.

Last March, John called for a boycott of openly gay designers Domenico Dolce and Stefano Gabbana for saying they opposed gay “marriage” and adoption, and making comments against in vitro fertilization.

John and his partner David Furnish have two sons conceived through IVF.