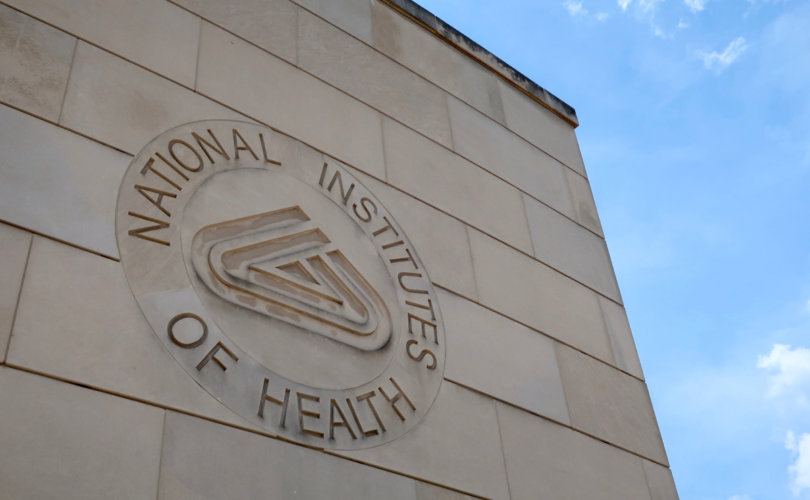 “We received a warning that one of the publications [redacted] listed from the past year is non-compliant,” Alexa Chmura, EcoHealth Alliance’s chief of staff, wrote in an email to NIH official Carine Normil as far back as May 2016, Judicial Watch reported. Chmura was referencing EcoHealth’s funding of the now highly controversial funding of bat-based virus GOF research at the Wuhan Institute of Virology.

GOF research seeks to make viruses more dangerous or transmissible in order to “enabl[e] assessment of the pandemic potential of emerging infectious agents,” according to the U.S. Department of Health and Human Services (HHS).

Chmura’s email was reportedly a “separate reply” after National Institute of Allergy and Infectious Diseases (NIAID) official Erik Stemmy had written to Normil, referring to EcoHealth Alliance’s research work, “They have proposed work for the next year of the award that may be subject to the gain-of-function funding pause.”

The emails additionally show the FBI had opened an inquiry into the GOF research tied to the Wuhan Institute of Virology. In a tweet announcing their reception of the emails, Judicial Watch noted, “The disclosure of an FBI inquiry shows that Fauci/others involved in this scandal were being dishonest in dismissing the seriousness of questions about their cover-up of their funding of dangerous gain-of-function research in China.”

BREAKING: Judicial Watch received 1651 pages of records from the NIH revealing an FBI “inquiry” into the NIH’s controversial bat coronavirus grant tied to the Wuhan Institute of Virology (1/3). https://t.co/Q29URNFy56

Nine hundred pages of documents obtained as part of a Freedom of Information Act litigation in 2021 confirmed that the NIH was supporting GOF research at the Wuhan Institute of Virology from at least 2014 to 2019, despite the repeated warnings from NIH officials.

The emails recently shared by Judicial Watch show additional warnings regarding the compliance of the GOF research. In another May 2016 letter, NIH official Jenny Greer and Stemmy wrote to Chmura, “[This work] may include Gain of Function (GoF) research that is subject to the U.S. Government funding pause … issued on October 17, 2014.”

On June 15, 2016, Stemmy also emailed Grant Operations advising that EcoHealth’s research might be considered GOF. “The Daszak award may have GoF [gain-of-function] and I’ve been in touch with the GMS [Grants Management Specialist] for a while now,” Stemmy said.

The Daily Caller also noted that the emails show Peter Daszak, founder of EcoHealth Alliance, had failed to report on time to the NIH regarding an EcoHealth grant. Normil wrote to Daszak in a May 2016 email, “This is the second communication from NIAID requesting that you file the progress report for the above-referenced grant [5R01AI110964] that was due no later than April 15, 2016.”

“Please submit the delinquent report by May 12, 2016 … [P]lease be advised that continued late submission of your non-competing grant progress report and any subsequently requested documentation will result in a reduction of time and/or funds for this grant.”

In the face of all the evidence to the contrary, NIAID director Anthony Fauci was widely lambasted for having denied to U.S. Sen. Rand Paul that the NIH and NIAID were connected to “gain-of-function research in the Wuhan Institute of Virology.”