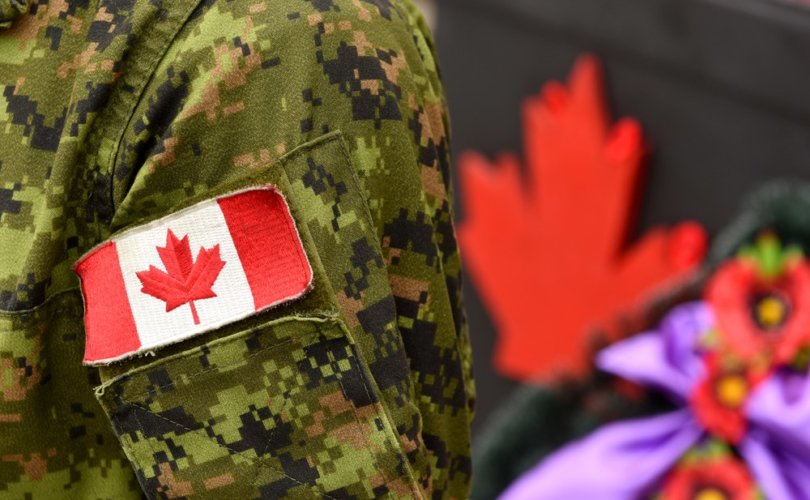 Per Blacklock’s Reporter, confidential documents made public as part of the Public Order Emergency Commission hearings have revealed that Trudeau government staffers were shocked that there was sizeable support for the anti-mandate Freedom Convoy protesters by both members of the CAF and the Royal Canadian Mounted Police (RCMP).

At least eight active members of the CAF publicly supported the Freedom Convoy from bases across Canada, while many more did so in private.

A press aid to Anand wrote back, “How the [expletive] many soldiers are in the convoy????”

The confidential documents also show that there were so many RCMP members who supported the Freedom Convoy that the police force sent out a 35-page document “regarding the participation of current or prior employees” in the protests.

During the time of the protest, military officials said that any public support for the movement was a breach of its Code Of Service Discipline.

One notable member of the CAF who supported the Freedom Convoy was veteran James Topp.

Inspired by the protest, Topp walked across Canada in protest of COVID-related mandates, and as a result for his public expression is now facing four military issued charges.

Support for the Freedom Convoy among police officers and military members comes as little surprise to many Canadians, as they too were subjected to harsh COVID mandates.

Last year, Canada’s military imposed a COVID jab mandate for all its personnel. As a result of the mandate, many who refused were kicked out of the armed forces via an administrative process called the 5F release.

Those who did not get the jab were not charged however, and the legality of the military jab mandate has been questioned.

While not necessarily mentioning the Freedom Convoy or giving the movement his support, retired CAF veteran Lt.-Gen. Michel Maisonneuve recently drew headlines after he received a standing ovation from senior military officers for giving a rousing speech blasting cancel culture, climate change policies, woke aspects of the armed forces, and leaders who “divide.”

The speech was made on November 9 in Ottawa at a gala event, at which he accepted the prestigious Vimy Award.

Maisonneuve recently defended his words in a column after getting backlash from the mainstream press.