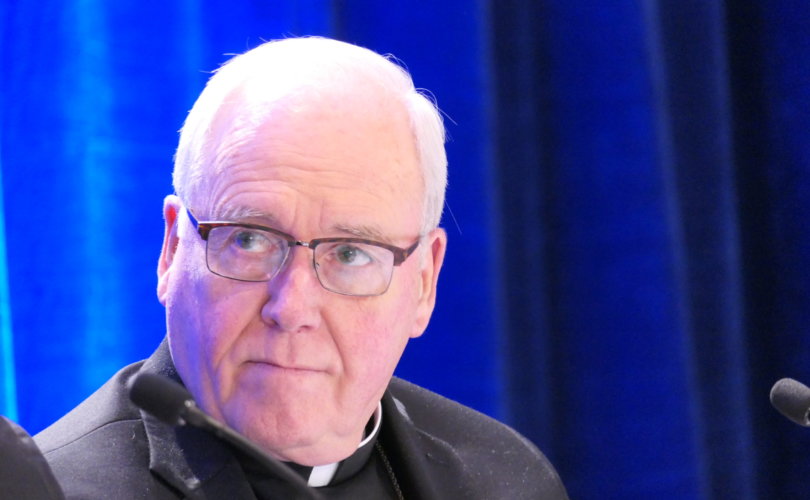 BUFFALO, New York, September 4, 2019 (LifeSiteNews) – A second secretary to Buffalo’s Bishop Richard J. Malone – this time a priest – has blown the whistle on the prelate for failing to act against a predatory priest.

On August 2, Malone had a private conversation with his secretary Fr. Ryszard Biernat in which he related that staffers believed the sexual harassment of a local seminarian by one of Malone’s priests would spell the end of his own career.

Unbeknownst to Malone, Biernat was taping the exchange. The recording was published today by Charlie Specht of Buffalo’s 7 Eyewitness News.

Specht, a Catholic, has been the lead reporter on the Buffalo diocese’s abuse and cover-up scandals since last summer. When Siobhan O’Connor, another secretary of Malone’s, decided to blow the whistle on abuse cover-up in the diocese, she spoke to Specht.

“We are in a true crisis situation,” Malone told Biernat.

“True crisis. And everyone in the office is convinced this could be the end for me as bishop. It could force me to resign if in fact they make a story…”

In May Boston’s 7 Eyewitness News had reported allegations that Fr. Jeff Nowak, a parish priest, had made romantic overtures to seminarian Matthew Bojanowski and even attempted to blackmail him with information heard in the confessional. In June, Bojanowski’s mother contacted Malone to ask why he had allowed Nowak to remain in ministry. In August, Malone asked his secretary not to discuss the Nowak-Bojanowski story with the press.

“I think we’re gonna blow this story up into something like an atom bomb if we start talking about that. You know?” Malone told Biernat.

Malone’s principal concern in the conversation seemed to be his own reputation, especially as the bishop had received a letter from Bojanowski about the abuse back in January.

“With all the else that’s going on in the diocese and all the, all the attacks on my credibility…that I’ve known that something’s going on here that shouldn’t be and I let it go…I mean this is a disaster,” the bishop said.

A recent meeting with Steve Halter, the Buffalo Diocese’s director of the Office of Responsibility, and Kathy Spangler, its director of Communications, had frightened Malone.

On August 6, Charlie Specht and 7 Eyewitness News released their investigative report on the Nowak-Bojanowski case, and on August 7, Malone announced that Nowak had been temporarily suspended from ministry and asked to submit to a “behavioral assessment.”

In another, earlier, conversation taped secretly in January and given to WKBW, Malone referred to Nowak as a “sick puppy.”

“Father Jeff Nowak has some serious, serious issues,” Malone told the others.

“It's very clear that Jeff Nowak had what I think was a very, very unhealthy and inappropriate attachment to this Matt Bojanowski.”

He said also that “It looks to me like [Nowak] wanted to have [a] relationship, and even intimate relations.”

The men discussed the priest’s Facebook comment to Bojanowski, in which Nowak told him, “when you become a priest, you will be what we call clerical eye candy.”

“Which is pretty sick, I have to say,” Bishop Malone said to his advisers.

After the men discussed allegations that Nowak stole correspondence between Bojanowski and Biernat and then spun it to suggest the two were having an affair, Malone underscored that he understood that Nowak had done wrong.

“The simple version here is we've got victims and we have a perpetrator, and the perpetrator is Jeff Nowak, and he's done things that are clearly wrong, and I think he's a sick puppy,” the bishop said.

In his article, Specht pointed out that sick puppy or not, Nowak was not removed from ministry until August.

This lack of concern for the well-being of vulnerable parishioners is what led Fr. Biernat to start recording meetings.

“I thought, ‘I need to do something,’ so I started recording those meetings because they say one thing but they do nothing,” Biernat told 7 Eyewitness News.

“And so you have one recording in March then (a) week later, another recording, and nothing is being done.”

Malone placed Biernat on leave on August 20, but he’s not the only person the bishop has banished from his presence. Today he announced a press conference for 2:30 p.m. but specifically barred Charlie Specht from the event.