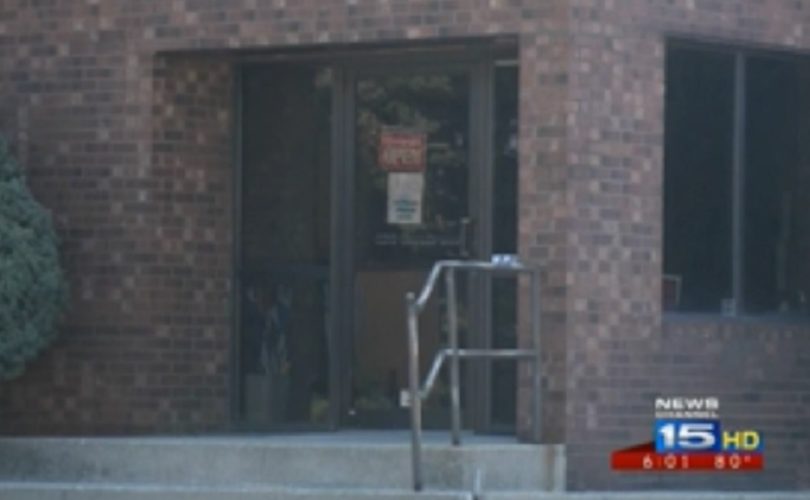 SOUTH BEND, Indiana, March 14, 2016 (LifeSiteNews) – An abortion clinic whose owner has been under state investigation off and on for nearly a decade will officially close its doors this week.

According to Pro-Choice South Bend, Dr. Ulrich Klopfer's troubled clinic, Women's Pavilion, will officially close on Friday after not conducting abortions since November. Klopfer, who violated a state reporting law when he held onto information about a 13-year-old girl who had an abortion at his clinic in 2014, has faced years of investigations and accusations related to violating an informed consent law, among other regulations designed to protect the health and welfare of women.

Klopfer was required not to conduct abortions at the South Bend location for 90 days. The closure means that there will no longer be an abortion clinic in or near South Bend, a fact condemned by abortion activists and cheered by pro-life groups.

“There is currently no abortion care in all of Northeast Indiana,” said Pro-Choice South Bend in a media release. “For anyone who is seeking an abortion, you can go to Planned Parenthood in Merrillville or Kalamazoo, or Family Planning Associates in Chicago.”

“Pro-Choice South Bend believes that abortion should be affordable and accessible for any individual who wants or needs the procedure. Many people in need of an abortion don't have money or time to spare. To receive the healthcare they rightfully deserve, they now have to travel long distances for two-four hours for multiple appointments, which increases the chance of preventable health risks and imposes financial burdens.”

“In our city, receiving an abortion is a complicated, arduous process, but it shouldn't have to be. … There will be abortion care in South Bend's future. This is certainly not the end.”

The group, which makes an unsubstantiated claim that “some individuals see no other option than to unsafely self-abort,” plans to hold a candlelight vigil on Friday.

St. Joseph County Right to Life's executive director, Jeanette Burdell, joined other pro-life leaders in praising the closure. “No other medical facility would be able to get away with the things Women's Pavilion has been doing for years,” she said in a statement. “Women's lives are at risk when anesthesia is administered improperly, medication is expired, staff is under-trained and infection control is lacking, to name but a few of the facility's problems. And when abortions on 13-year-old girls aren't reported in a timely manner as required by law, children are in danger of sexual abuse.”

“We have been working for many years to call attention to the Women's Pavilion's disregard for the health and safety of women in St. Joseph County, and to ensure that Dr. Klopfer and his facility are held accountable for the substandard conditions and health code violations at the clinic,” said Tom Gill, president of St. Joseph County Right to Life. “We commend all of those individuals, organizations and institutions that have worked side-by-side to bring about this positive, life-affirming and health-endorsing outcome for our community.”

“Years of shoddy abortion practices have finally caught up with Dr. Klopfer,” Cathie Humbarger, Indiana Right to Life's vice president of policy enforcement, noted. “Klopfer compromised the health and safety of women who sought abortions from him in Gary, Fort Wayne, and South Bend, and we're relieved he is finally being shut down. Hoosier women deserve better. We extend our appreciation to the Pence administration and the ISDH for refusing to sweep Klopfer's shady practices under the rug. It's a good day for the health and safety of Hoosier women.”

Tom Borek, who works with The Life Center (TLC) attorney Shawn Sullivan, criticized Indiana state health officials and politicians in a memo that claims “eight years of broken promises” to hold Klopfer accountable for his lawbreaking. TLC, which is next door to Klopfer's facility, has been heavily involved in bringing Klopfer's actions to the attention of officials.

It was only in 2014, when the state's health department “reported 48 pages of violations” by Klopfer's clinic, that things began to change. Klopfer eventually handed in his clinic's license in 2015, prior to the suspension of abortions at his clinic in November – which TLC says he violated.

The prosecutor's office that allowed Klopfer to avoid jail time despite alleged lawbreaking said in a press release that “these alleged violations are not criminal acts … by definitionan infraction is a judgment that can only result in a civil penalty. An infraction, if allegedly committed, is not a criminal act and therefore cannot be the grounds for a violation of his pretrial diversion agreement.”

A spokesperson later told LifeSiteNews that Klopfer was able to avoid jail time because what he was accused of were not necessarily criminal acts. Klopfer's pretrial agreement included paying fines, staying crime-free for a year – something TLC says was broken – and conducting 24 hours of community service.