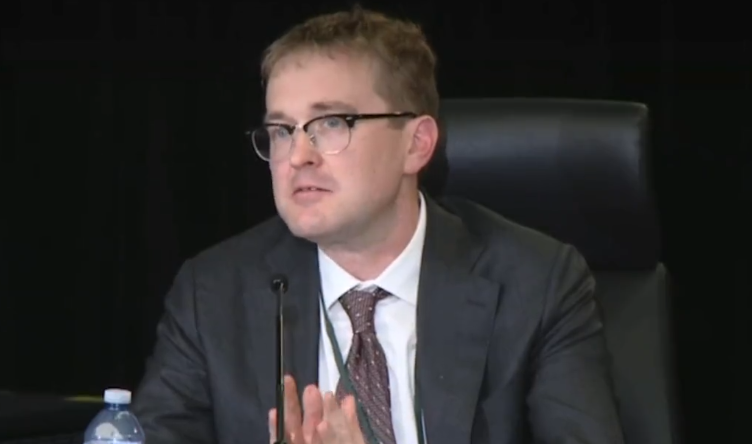 OTTAWA (LifeSiteNews) — During a roundtable discussion at the Public Order Emergency Commission (POEC) on Monday, a panel member tasked with advising government officials agreed it was “efficacious” and “even justified” for banks to freeze the assets of Freedom Convoy demonstrators for protesting government COVID measures.

During a discussion at the Financial Governance, Policing, and Intelligence roundtable – which is part of the POEC’s followup to the public inquiry into Prime Minister Justin Trudeau’s use of the Emergencies Act (EA) – panel moderator Patrick Leblond asked advisors if it was “acceptable” for the government to freeze the assets of certain citizens participating in the protest.

“In times of crisis, traditional rules of procedural fairness can be modified. We have to accept that we can’t always have [a] gold-plated process going on here. So, in that sense… I’m not completely opposed to it,” answered one of the panelist, Dr. Gerard Kennedy, a law professor at the University of Manitoba.

While seeming to support the Trudeau government’s decision to freeze the bank accounts of protesters without a court order, Kennedy did say, “Where I think it becomes more problematic is, how did the banks know whose accounts to freeze?”

“Going only for efficaciousness this [freezing of bank accounts] may very well have [been] efficacious and therefore… I’m not going to argue that it wasn’t efficacious, or that it wasn’t even justified in particular situations,” he added, before once again saying that the “problem arises” because “we don’t know how the banks made this decision.”

Kennedy also flagged the issue that once a person had their bank account (or accounts) frozen, there was no recourse available to them to either dispute the freezing or prove that they complied with the government’s order to stop protesting and have their assets unfrozen.

Kennedy’s statements are in reference to the events of February 14 – the day the EA was invoked – in which Deputy Prime Minister and Finance Minister Chrystia Freeland mandated the freezing of certain bank accounts of those supporting the protest without a court order.

In total, almost $8 million in funds from 267 people was frozen, with an additional 170 bitcoin wallets also being frozen.

LifeSiteNews recently reported that Desjardins Group – a Canadian credit union – had reported the accounts of customers they suspected as being funders of the anti-mandate protest to the police.

It was also revealed during testimony before the Public Order Emergency Commission last Thursday that one Canadian bank executive suggested Freedom Convoy protesters could be labeled as “terrorists” to allow for a quick freezing of their funds.

While Prime Minister Justin Trudeau ultimately revoked the EA on February 23, the unprecedented freezing of citizens’ bank accounts led to immense backlash by civil rights groups and the public alike.

Kennedy’s Monday statements come as part of the larger public policy phase of the Public Order Emergency Commission, which will spend the week convening roundtables of “experts” to recommend policy prescriptions related to the EA and the government’s handling of the Freedom Convoy.