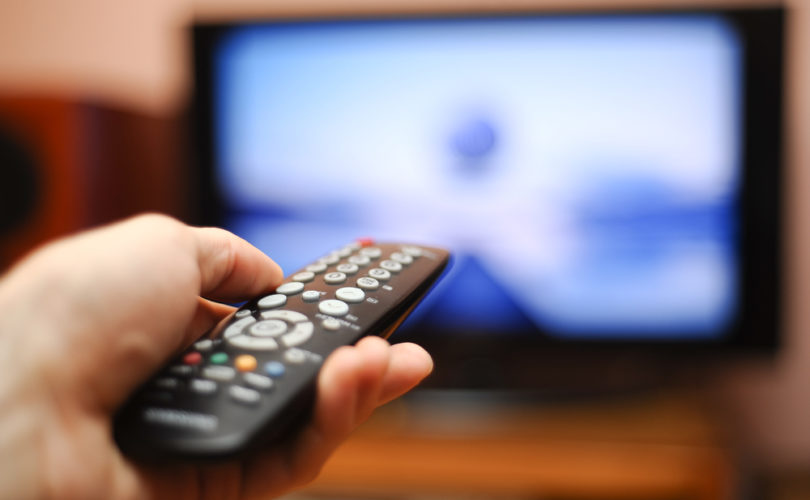 NORTH HOLLYWOOD, California, October 25, 2018 (LifeSiteNews) – Hollywood is overwhelmingly pro-abortion, and an upcoming event is slated to shed light on just how the industry justifies and strategizes its injection of an agenda into mainstream entertainment.

On November 7, an event called “The Power of TV: Reproductive Health and Access in Storytelling” will take place in North Hollywood, according to an announcement posted on the Television Academy of Arts and Sciences’ website. The Academy is the organization responsible for doling out Emmy Awards every year.

“Developed in partnership with the USC Annenberg Norman Lear Center's Hollywood, Health & Society,” the post says, the event “assembles storytellers and experts to discuss television's depiction of reproductive choice, family planning and maternal health. From Maude to Murphy Brown to Jane the Virgin and Dear White People, how has television influenced attitudes and access to safe reproductive choice and women's healthcare?”

The discussion, which will be open to the public but has sold out, will be moderated by Dear White People actor Logan Browning and feature University of San Francisco sociologist Gretchen Sisson, as well as Hollywood creators Janine Sherman Barrois (Claws, Criminal Minds, ER), Dorothy Fortenberry (The Handmaid's Tale, The 100), Amanda Lasher (The Bold Type, Riverdale, Gossip Girl), and Hayley Schore (The Resident, Code Black).

Brown’s divorced lead character ultimately chose life, but Vice President Dan Quayle infamously criticized the show for “mocking the importance of fathers by bearing a child alone and calling it just another lifestyle choice.” Quayle was widely derided for the speech, but in 1993 The Atlantic went on to publish Barbara Dafoe Whitehead’s admission that “Dan Quayle Was Right, based on a “growing body of social-scientific evidence” on children in fatherless homes.

The much more recent Jane the Virgin initially appeared as if it would be a pro-life show, but in its third season featured what Vanity Fair calls an “empathetic, but casual” depiction of abortion. Season 2 of Dear White People sees a character imagine sending her unplanned, “intersectional feminist daughter” off to college – just before deciding to go through with aborting her.

The push for pro-abortion TV matches that of the film sphere. Many of America’s biggest celebrities vocally support Planned Parenthood, and every major distributor rejected Gosnell, a rare exception telling the true story of abortionist Kermit Gosnell’s murder trial, forcing producers to rely on crowdfunding.

No less than three films are currently in the works glorifying the Jane Collective, an underground network that helped women obtain illegal abortions in the years before Roe v. Wade. The films’ creators frame them as cautionary tales about potentially overturning the 1973 Supreme Court decision.

All of these projects appear predicated on similar logic to pro-abortion initiatives such as Youth Testify and Shout Your Abortion, which assume people oppose abortion not out of an informed desire to protect preborn children, but simply because they can’t empathize with women facing unwanted pregnancies.

Despite Hollywood’s depictions of abortion being overwhelmingly sympathetic, some pro-abortion activists have complained for years that they aren’t favorable enough.

In 2014, the University of California-San Francisco’s think-tank Advancing New Standards in Reproductive Health (ANSIRH) released a study objecting to the fact that 9% of on-screen abortions end with maternal deaths, when the real-world rate is much lower (albeit not as low as the abortion industry claims). The authors claimed the rate helps “stigmatize” abortion, despite the fact that many of these deaths were pre-Roe and meant to further another misleading pro-abortion narrative.

Despite the Television Academy’s pro-abortion bent, some pro-life messages have managed to win recognition in the entertainment world.

After eight seasons, Brad Mattes’ Facing Life Head-On garnered three Emmy Awards and two Emmy nominations. The show “uses short-form video to dig into the critical life issues of our time—abortion, euthanasia, assisted suicide and more,” according to its website, “fus[ing] education with entertainment to promote the value of life at all stages.”