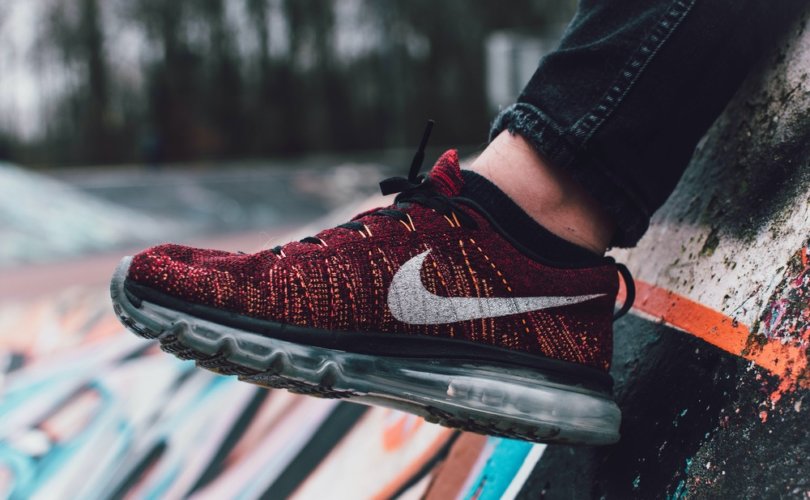 December 24, 2019 (LifeSiteNews) – A former Nike contractor has filed a civil lawsuit seeking $1.1 million from footwear manufacturer Nike and the IT staffing firm it employs, over workplace harassment complaints stemming from coworkers’ failure to use “nonbinary” gender pronouns in her presence.

Jazz Lyles, a biological woman who considers herself “transmasculine/nonbinary,” is a computer engineer who formerly worked in Nike’s headquarters in Beaverton, Oregon. She filed a civil rights lawsuit in Multnomah County Circuit Court against Nike and the California-based firm Mainz Brady holding them liable for gender identity-based discrimination, harassment, and retaliation, the Willamette Week reports.

Lyles says she requested from the outset to be referred to by “they,” “them,” or “their,” but across multiple assignments was repeatedly “misgendered” by Nike employees and Mainz Brady contractors alike. The “misgendering” allegedly ranged from peers who told her their faith barred them from using transgender pronouns, to those who mocked her with greetings like, “hey girl, what’s up?”

She repeatedly brought her grievances to superiors to no avail, according to the complaint, and eventually resorted to sick leave and working from home to serve the remainder of her contract.

“Nike had a pattern and practice of turning a blind eye to reported and known harassment,” the lawsuit declares, “instead blaming the harassed, treating them [sic] as the problem and as troublemakers, all the while failing to ever investigate or take corrective action to remedy the harassment.”

A Nike spokesperson would respond only by declaring the company is “committed to a culture of diversity, inclusion and respect where everyone can succeed and realize their full potential.” The law firm representing Nike, Stoel Rives, was more candid: “Lyles was a mediocre [contractor] with a limited skill set…Lyles' allegations are without merit.”

Lyles previously filed a complaint regarding the matter with the Oregon Bureau of Labor & Industries, which reportedly faulted Nike’s preparation for integrating transgender employees.

“None of us were aware of their preferred pronouns,” said Paddu Ramachandran, a Nike manager with whom Lyles had worked.

“Lyles is free to refer to herself however she wishes and dress in any style that doesn’t violate company policies. But what about the free speech rights of her former coworkers who may hold different opinions?” Hot Air’s Jazz Shaw notes. “People are allowed to say far more mean-spirited things than this in the public square. Yes, speech can be regulated in the workplace within reason, but beyond that, the courts have generally held that words aren’t damaging unless you’re yelling fire in a crowded theater.”