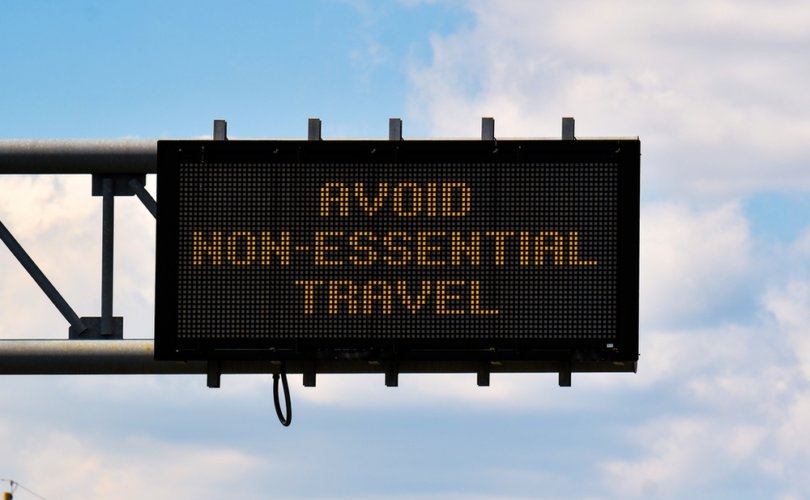 (LifeSiteNews) — In a flashback to COVID-19 lockdowns, one European energy minister is calling for nations to once again impose top-down restrictions on their civilian populations — this time in an alleged bid to reduce dependence on Russian oil.

“What we need at EU level is an EU-wide coordinated speed limit and two days of home office per week,” Luxembourg Energy Minister Claude Turmes said, according to German newspaper Der Spiegel.

“I urge the Commission not to miss the opportunity to set Europe on this path,” Turmes added.

Der Spiegel reported that Turmes’ plan would involve a consistent speed limit across the entire European Union, a work-from-home scheme throughout the bloc for at least two days every week, and even a ban on the use of vehicles in major European cities on the weekends.

Breitbart pointed out that Turmes’ recommendations are not new, “with each one having been by various academics and NGOs ostensibly interested in moving the west away from Russia.”

The outlet highlighted a 10-point plan recommended by the International Energy Agency, which argued that a move away from Russian energy could be achieved by lowering speed limits, banning driving in cities on Sundays, restricting car travel on certain roads on alternating days, and imposing work-from-home orders.

The proposed changes come as the EU attempts to distance itself from buying Russian oil in retaliation against Russian president Vladimir Putin’s decision to invade Ukraine earlier this year.

In 2020, Russia had provided more than a quarter of EU oil imports, according to data from Eurostat, the multinational bloc’s statistics office.

Breitbart also noted that the World Economic Forum (WEF), which has infamously promoted a “Great Reset” of global economies, has also eyed the reimposition of lockdowns, restrictions, and bans like those imposed ostensibly to “slow the spread” of COVID-19 to combat climate change.

“Looking further ahead, this report also suggests a path for countries to put oil demand into structural decline in the medium term, building on measures already included in economic recovery packages introduced to deal with the impacts of the Covid-19 pandemic,” noted a WEF report highlighting the IEA agenda.

“Adopting the immediate and longer-term recommendations would put the countries on track for a decline in oil demand consistent with what is required to reach net zero emissions by 2050,” the report added.

Turmes’ recommendation that governments resort to top-down government power to push back on Russia comes weeks after influential climate economist Baron Nicholas Stern, a former chief economist for the World Bank, made headlines for arguing that climate change and the Ukraine war should be used as catalysts for ending fossil fuel subsidies and stopping the sale of vehicles that use internal combustion engines.

The Biden White House has also called for a transition to green energy in response to the war in Ukraine, arguing, “The only way to eliminate Putin’s and every other producing country’s ability to use oil as an economic weapon, is to reduce our dependency on oil.”