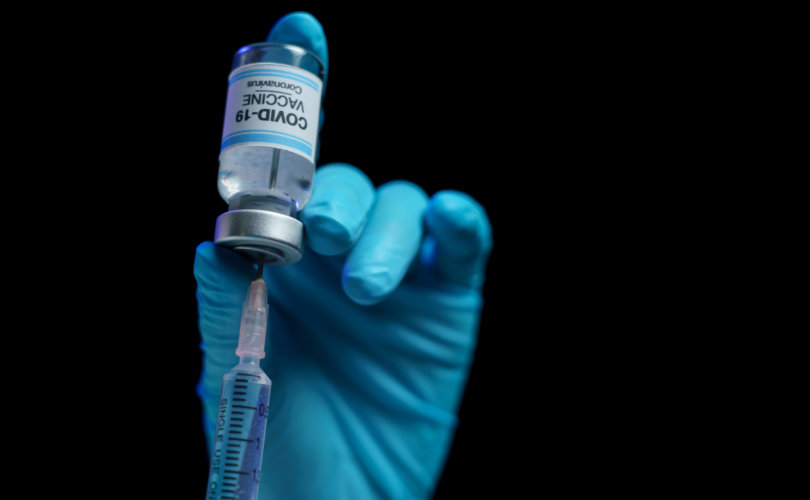 LONDON (LifeSiteNews) — The National Health Service (NHS) in England says the rollout of a fourth shot for those aged 75 and over could come as early as next week.

According to The Telegraph, NHS England initially told the public that the fourth dose of the experimental COVID jabs would be rolled out in early April, but has since announced they are seeking to move up the date after critics pointed out that the Joint Committee on Vaccination and Immunisation (JCVI) has recommended a window of only six months between the third and fourth injection.

While there is still continued insistence that the vaccines are “safe and effective,” even the CEO of Pfizer, Albert Bourla, now admits that the vaccines “offer very limited protection, if any” against the dominant omicron variant, while adding that mRNA vaccines “don’t have the safety profile that we hoped we can achieve with this technology.”

Despite this, Bourla himself has continued to push for a fourth shot, with Scotland and Israel being two notable places where the fourth shot has already been rolled out.

Contradicting the JCVI and the NHS, data out of Israel has already found that a fourth Pfizer booster shot was only partially effective in protecting against the omicron variant, while the European Union’s top health agency has warned that getting boosted every four months could harm the immune system’s ability to fight off the disease.

The push to vaccinate the majority of the world’s population in order to prevent serious disease for those who are not at risk to begin with — the Centers for Disease Control and Prevention (CDC) reports an infection survival rate of greater than 99.95% for those under age 50 — adds to the skepticism surrounding the increased push for COVID booster shots, and now a fourth shot. Meanwhile, the list of FDA-recognized adverse events has grown from severe anaphylactic reactions to include fatal thrombotic events, the inflammatory heart condition myocarditis, and neurologically disabling disease like Guillain Barré Syndrome, as well as thousands of recorded deaths and permanent disabilities.