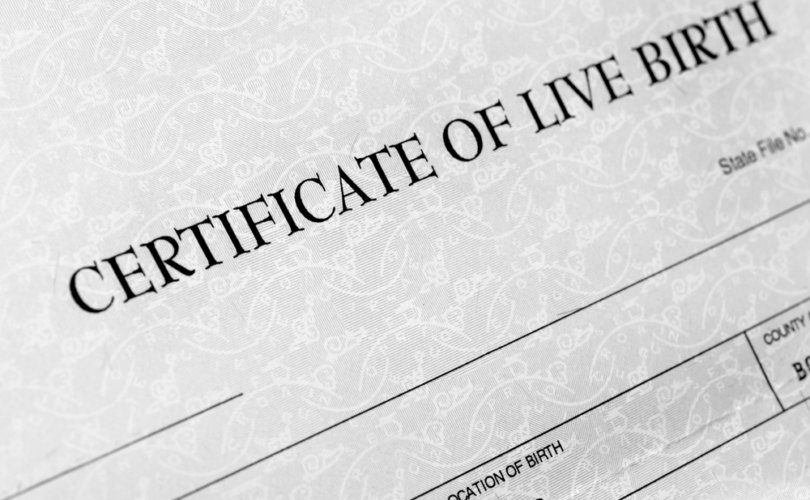 LONDON, England, March 10, 2020 (LifeSiteNews) ― The UK’s Westminster government is dropping plans to liberalize its current law concerning transgenderism. Scotland, however, may still adopt a proposal allowing almost anyone to change the sex recorded on his or her birth certificate

In late February, The Times reported that Members of Parliament “are expected to drop plans to make it easier for people to change their gender amid concerns about the impact on children.”

“The government will formally respond to a public consultation on updating the Gender Recognition Act by the summer,” it continued.

The consultation was launched in 2018 by then-Prime Minister Theresa May, who was sympathetic to the cause of people who believe themselves to have been born in the “wrong body” and wish to declare themselves members of the opposite sex. Some of them have complained that the Gender Recognition Act, which permits “transgender” people to obtain official documentation listing their chosen sex, is too onerous and “medicalizes” their identity.

The proposed reform of the Gender Recognition Act 2004 would have done away with a number of regulations limiting which individuals are permitted to have the sex on their birth certificate changed. At present, the Gender Recognition Act requires that the applicant be 18 year of age or old, have been diagnosed with gender dysphoria, have evidence of having lived as a member of the opposite sex for at least two years, give medical reports to a Gender Recognition Panel, and declare an intention of living as a member of the opposite sex for the rest of his or her life.

The reform proposal, which is still in the public consultation stage in Scotland, suggested that the medical diagnosis and application to a Gender Recognition Panel be dropped and that the time the applicant lives as a member of the opposite sex be reduced from two years to three months. The proposal also asks that the age limit be dropped from 18 to 16.

Over 100,000 people contributed to the public consultation. The proposal, which amounted to permitting unregulated self-identification, caused a flurry of controversy as women argued that their privacy and safety would be endangered by the reform. The potential impact of the reform on children was also of concern to the English and Welsh voting public.

“While we believe adults should be able to live their lives, and trans rights should be respected and protected, the government also has a role to play in protecting children,” a government contact told the Times.

Caroline Farrow, the UK campaign director and media spokeswoman for Citizen Go, told LifeSiteNews that dropping the reform was a “sensible move.”

“It seems as though the government are going to kick this into the long grass after widespread protest,” she said via social media.

“It seems an eminently sensible move as there is no consensus on the issue and increasing controversy about the wisdom of allowing people to self-identify.”

But the reform ball is still in play in Scotland, however. The Scottish Catholic Parliamentary Office has issued a news bulletin to explain that “the Scottish government ran a separate consultation from November 2017 to March 2018 with a question whether Scotland should adopt a self-declaration system for obtaining a Gender Recognition Certificate (GRC).”

“The Scottish Government is currently running another consultation on proposed changes to gender recognition legislation,” it continues.

Among the concerns listed by the Scottish Catholic Parliamentary Office is that the reform will fail “vulnerable people.”

“By de-medicalising the process for changing gender society may fail to provide the necessary support for those affected by gender dysphoria in the form of contact with health professionals,” it wrote.

“De-medicalisation removes a vital protection and safeguard for vulnerable individuals.”

Another issue involves allowing 16 year olds to embark on what is still an experimental medical procedure.

“This risk was duly noted by UK ministers who stated that it was unclear what effect the proposal could have on children who are being helped in transition while still developing ‘decision-making capabilities.”

Finally, the Scottish Catholic Parliamentary office acknowledged fears that the proposed new legislation “may also lead to an increased risk to the safety of women and girls with biological males able to gain access to women-only safe spaces.”

To read the Catholic Parliamentary Office briefing and to participate in the public consultation process, please click here.