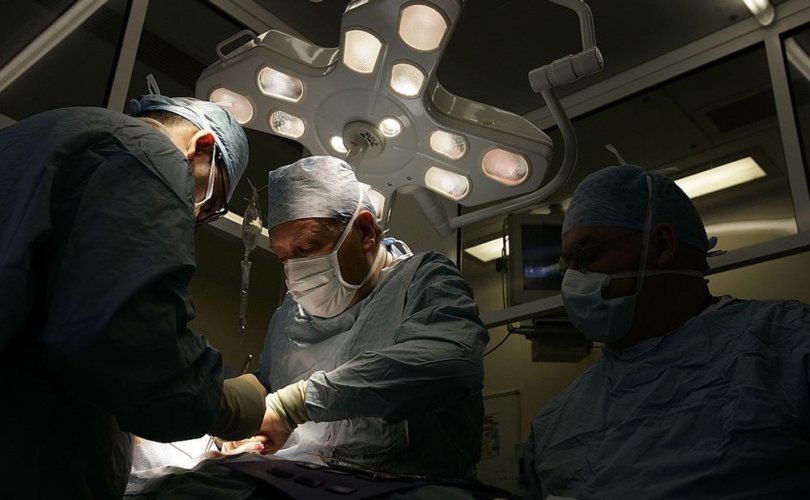 ENGLAND, May 25, 2020  (LifeSiteNews) – English law will now allow the state to “presume consent” for harvesting organs of those declared dead.

The new law that came into effect last week grants the government authority to take organs from those certified as dead unless the person had specifically registered that they do not want their organs to be used. The government says the law was changed “to help save and improve more lives.”

A similar law has existed in Wales since 2015. In Scotland legislation assuming consent to organ donation will come into force in March 2021.

Dr. Anthony McCarthy of the U.K. pro-life group the Society for the Protection of Unborn Children (SPUC) told LifeSite that there are a number of issues of concern regarding the change.

“Donor hearts, for example, are in practice harvested from so-called ‘heart beating cadavers’. Publicity to encourage people to donate their organs does not reveal that heart beating donors can move when the organs are taken unless they are paralysed by drugs,” he continued.

“Transplant surgeons know this and they also know that the person’s blood pressure goes up when an incision is made. Some anaesthetists recommend that the supposed ‘cadaver’ should be anaesthetised when his/her organs are removed.”

McCarthy stressed that many who agree to be organ donors are unaware of the realities involved.

“Most organ donors, including those who give explicit consent before they die, are unaware that their hearts may be beating when their organs are taken, and that they may be pink, warm, able to heal wounds, fight infections and respond to stimuli,” he said.

“It is also the case that supposedly brain dead people (such as pregnant women who are given high tech medical support) can appear to survive for months while demonstrating integrated bodily activity of a kind that arguably indicates that life still remains.”

McCarthy also expressed concern that cardiac death can sometimes be declared “too quickly” in order to obtain usable organs.

McCarthy added that presumed consent to organ donation also means that, in effect, the State owns your body after death.

“A gift is something freely given. You cannot donate your organs, i.e. give them as a gift, if the State has already usurped ownership of your body and you have not even considered the matter,” he explained.

“Under the new system of presumed consent you can opt out of ‘donating’ your organs. But if you do not do that your organs may be harvested and your relatives may be powerless to stop this.”

It is still possible both to register to be an organ donor, or to ‘opt out’ and declare that you do not wish to donate your organs in the event of your death. Residents in England wishing to register their decision can do so online, or by telephoning: 0300 303 2094. Those who choose to do so are advised to inform friends and family of their decision and to keep the letter they receive confirming their decision in a safe place.