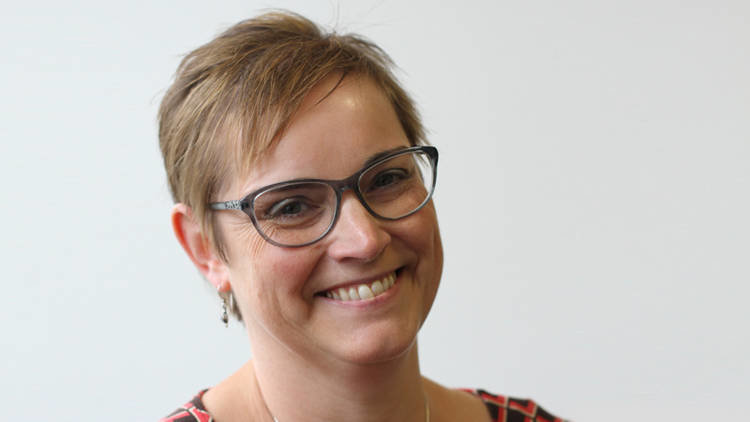 LONDON, England, November 26, 2018 (LifeSiteNews) – The executive director of Britain’s leading pro-life organization is unsure of the newest addition to the Catholic Church in England and Wales’ foreign aid organization, citing concerns about her past partnership with pro-abortion organizations.

Christine Allen has been named the new director of the Catholic Bishops Conference of England and Wales’ own Catholic Agency for Overseas Development (CAFOD). At present the director of policy and public affairs for the UK’s Christian Aid, in the past Allen headed another Catholic charity, known as Progressio, for eleven years.

John Smeaton of the Society for the Protection of Unborn Children (SPUC) finds the Allen’s appointment to the CAFOD post problematic.

“This is a surprising appointment to say the least,” he told LifeSiteNews via email. “Progressio has a simply appalling record on matters relating to the Catholic Church and Catholic teaching.”

Smeaton said that during Allen’s leadership two of Progressio’s partner-organizations supported the “See Change” campaign to strip the Holy See, the government of the Catholic Church, of its permanent status at the United Nations.

“See Change” is run by the pro-abortion, fraudulently named “Catholics for Choice.” The organization is not recognized by any diocese as a legitimate Catholic group.

“One of the two Progressio partners supporting Sea Change, COMUS, (Colectiva Mujer y Salud or Woman and Health Collective) in the Dominican Republic, was described by Progressio as ‘a non-profit-making organisation which has been working since 1984 to defend the sexual and reproductive rights of Dominican women in rural and urban areas,’” Smeaton said.

COMUS lobbied its country's legislature to decriminalize abortion and protested the government's decision to declare March 25, the feast of the Annunciation, as the Day of the Unborn Child.

The other problematic partner supporting “See Change” was Nicaragua’s Fundacion Puntos de Encuentro, or Meeting Points Foundation, which itself partners with the pro-abortion Guttmacher Institute. Progressio described the Foundation as “a platform from which to take on and debate different themes…among others, it deals with the themes of health and sexual and reproductive rights.” The Foundation accordingly campaigned against the closing of an abortion-allowing loophole in Nicaraguan law.

Allen herself has criticized Catholic Church for its teaching against the use of condoms. As director of Progressio, she wrote in the UK’s socialist Chartist magazine that the Church’s messages about respect and fidelity are overlooked because of “its apparent intransigence that seems obsessed with the condom.” She hoped the Church would make an exception to the rule to prevent the spread of HIV.

Nevertheless, CAFOD is supportive of its new director, who will begin her tenure as director next spring. The organization acknowledged in its press release that Allen began her career in the charity sector as “a field worker with the Justice and Peace Commission in the Archdiocese of Liverpool in 1987 and as CAFOD’s Campaigns coordinator in 1989.”

Bishop John Arnold, the Chairman of Cafod’s Board of Trustees, took issue with an article in Britain’s Catholic Herald that suggested the Board was “forced to defend” the choice of Allen as the new director.

In a letter to the Herald, he wrote, “I would like to correct the impression given by Dan Hitchens that Cafod’s Board of Trustees were ‘forced to defend’ the appointment of Cafod’s new director, Christine Allen. Quite the opposite. Cafod’s Trustees fully endorse her appointment, which has been greeted with joy by Cafod staff and supporters. We are delighted to welcome Christine back to Cafod.”

SPUC’s Smeaton told LifeSiteNews that his pro-life group will be keeping an eye on the bishops’ charity.

“SPUC will be watching the direction of CAFOD under its Christine Allen’s directorship closely,” he wrote.

“I pray that there has been a sea-change, pun intended, in her capacity to make good judgements in accordance with Catholic teaching on the common good and that that’s why she has been given this important job.”

When asked by the Catholic Herald if her opinions were “compatible with leading a Catholic agency,” and whether she thought abortion was always wrong, Allen replied that she understood the expectations of her in the new role and that her “commitment to Catholic teaching is undimmed.”