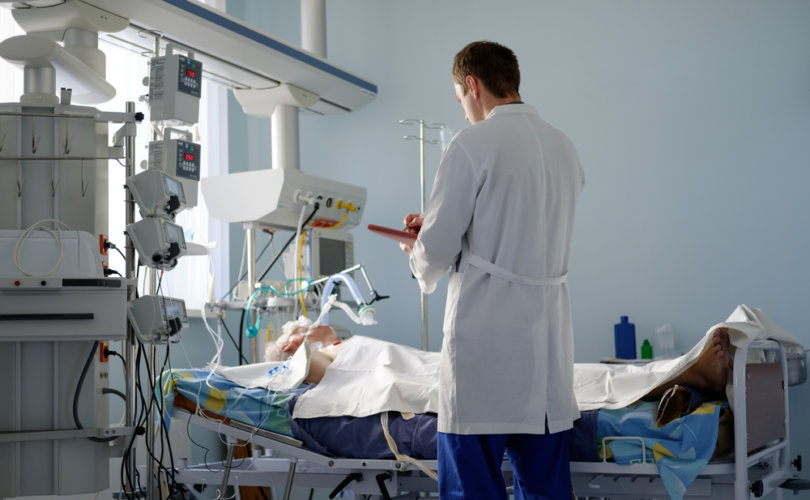 WARSAW, Poland, January 8, 2021 (LifeSiteNews) — A Polish legal foundation has made an application to the United Nations on behalf of a comatose Polish citizen expected to die of dehydration in an English hospital. According to confirmed Polish media reports, the hospital in which the patient is being dehydrated to death intends to harvest his organs.

Earlier this week the pro-life Ordo Iuris Institute for Legal Culture wrote to the United Nations Committee on the Rights of Persons with Disabilities on behalf of the patient’s birth family, who opposed the court-ordered withdrawal of his life-sustaining treatment. Ordo Iuris has asked the UN Committee for interim measures to allow nutrition and hydration to be given to the brain-damaged patient, who is known publicly only as “P” or “RS”, and to consider a deposition that RS’s rights have been violated.

A U.K. court order forbids the publication of the names of the patient, his family, and his doctors. RS was disconnected from life-sustaining treatment last night, following the rejection by the European Court of Human Rights of an application by his family to prevent it.

“Article 10 refers to the right to life, and this article does not differentiate the quality of life. It protects life in general,” he continued.

“Article 15 forbids cruelty. Well, I believe starvation of the patient is an example of cruelty. Article 22 is about the dignity of the person. Article 25 says that the disabled person should have the highest standard of health, that the best possible rehabilitation should be performed. Well, this article may also have been violated.”

Furman said that he was shocked by the philosophy present in the “British system” regarding people with disabilities of consciousness. RS’s doctors testified in late December that RS was moving from a coma into a vegetative state. However, a retired neurologist acting for RS’s family, Dr. Patrick Pullicino, gave his opinion — based on three minutes of video taken by RS’s niece — that RS had reacted to the presence of family members, was in a minimally conscious state, and that his condition was improving. Justice Cohen, who made the December 15 order for “clinically assisted hydration and nutrition” (CAHN) to RS to end, rejected Pullicino’s evidence.

But Furman has read a written opinion by Pullicino and believes that RS is in a minimally conscious state. “I think we should at least give more time to the patient for his possible recovery,” he declared.

Ordo Iuris has asked the U.N. Committee on the Rights of Persons with Disabilities to examine their evidence that the patient’s rights have been violated and to appoint one or more of the Committee members to conduct an enquiry and prepare a report on these violations.

Polish media reported that the English hospital intends to harvest RS’s organs. The veracity of these reports was confirmed by both the Christian Legal Centre, which has been supporting RS’s birth family from within England, and by Ordo Iuris.

The United Kingdom has an opt-out system of organ donation, which came into effect on May 20, 2020, roughly six months before RS’s near-fatal heart attack. The Organ Donation (Deemed Consent) Act, which became law on March 15, 2019, assumes that a brain-dead individual is an organ donor unless he has officially “opted out” of the system.

RS has been at the heart of a court battle that began after doctors informed his wife that he was unlikely to recover consciousness following the brain damage he suffered as a result of a heart attack. RS has been in hospital since November 6, 2020, and the National Health Service facility responsible for his care applied to the Court of Protection for permission to stop all life-sustaining treatment. RS’s wife supported this application, but his birth family, including his mother and sister in Poland, and a sister and niece in England, did not. On December 15, 2020, Justice Cohen decided that “it is for the Trust and RS’s wife to decide between themselves whether hydration is to be withdrawn.”

This instruction has been suspended twice already, once when RS’s family indicated to the court that they would appeal the decision, and a second time when RS’s family and the Polish government disclosed that they were making a third application to the European Court of Human Rights (ECHR). Justice Cohen himself decided that the order should be suspended until January 7, to allow for time for the ECHR to hear the case. However, the ECHR rejected the application late last night, and RS’s nutrition and hydration was promptly withdrawn.

The case has aroused growing interest in the Polish press. Over 800,000 Polish citizens reside in the United Kingdom.

How to opt-out of the U.K.’s organ donation system