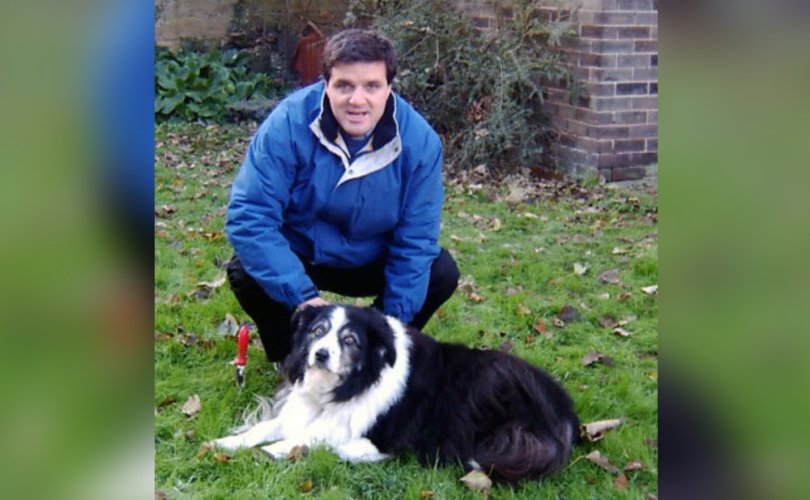 WICKERSLEY, England, June 14, 2019 (LifeSiteNews) ― An Anglican vicar has made headlines by stating publicly that LGBT indoctrination of children at school is a form of child abuse.

The Reverend Peter Hughes, the rector of St. Alban’s Church in Wickersley, South Yorkshire, caught media attention by publishing a three-page essay in his parish bulletin warning parents of the “danger posed by cultural Marxists” in authority in schools. His article was reproduced in the Mirror.

“The culture war is heating up,” Hughes began. “Christian parents need to wake up to the danger posed by cultural Marxists directly targeting their children with LGBTI ideology.”

“Christians should love those who self-identify as LGBTI along with all our neighbours,” he continued, “but this cannot mean that we are obliged to celebrate LGBTI ideology and lifestyles and promote them to our children.”

The clergyman called England’s proposed new Relationships and Sexual Education (RSE) program “state-sponsored child abuse,” for it misleads and frightens children with its bizarre teaching that there are a variety of sexes and that they can choose between them.

“A tearful seven-year-old girl asked her parents, ‘Mummy, am I a boy or a girl? My teacher says I can choose,’” Hughes related.

He also noted that the Tavistock Clinic, Britain’s one so-called sexual reassignment center for minors, has seen an enormous rise in patients confused or distressed about their sex: “from 40 in 2009/10 to 1806 in 2017/18.”

Hughes suggested that the RSE programme, with its emphasis on sexual activity, is an inadvertent form of sexual grooming, “preparing [children] for early sexual experimentation” and thus opening “the door to sexual predators.”

“As far as moral education is concerned, children will belong to the state,” the vicar warned.

Hughes commended the stand of Muslim parents in Birmingham who are rebelling against the pro-LGBT “No Outsiders” programme introduced to their childrens’ school and contrasted their action to the response of Christian parents, who have “meekly acquiesced.”

“We all want to live in a world of ‘love’ where there are no outsiders, where bullying is opposed, and everyone is treated with dignity,” he wrote. “But does that necessitate imposing LGBTI ideology on our children?”

He suggested that teaching the “biblical truth” that everyone is made in the image of God should be enough to end bullying.

“Wake up! Via the Trojan horse of teaching tolerance and opposing bullying … the LGBTI activists are imposing a sexual philosophy which at its heart is both anti-Christian and harmful,” he wrote.

The rector, who is also a governor of the St. Alban’s Church of England Primary School, encouraged his parishioners to follow the example of their Muslim neighbours and insist on their human right to have their children educated in their own beliefs.

LifeSiteNews reached out to Hughes for comment, but he said he was unable to respond to our questions because he is “under investigation” by his “Multi Academy Trust,” i.e. St. Alban’s C of E Primary School and schools in partnership with it. Together they form the Anglican Diocese of Sheffield Academies Trust.

Alison Adair, the “Executive Headteacher,” has distanced St. Alban’s C of E Primary School from the rector, saying that they did not share or agree with his views and, believing that he has brought the school into “disrepute,” have begun a “due process” including a “full investigation.”

“We are fully behind the new Department for Education proposals around the new Sex and Relationships Education (SRE) teaching curriculum,” she wrote to parents and guardians, “but as with any changes to our children’s education, we will inform and work with parents before the full implementation in 2020.”

According to Christianity Today, the conservative, evangelical-Anglican Church Society has defended the vicar, saying, “Revd Peter Hughes’ article reflects the very real concerns of Christian parents, educators, and clergy all over the country. Church Society is working to support and encourage those who stand against the intolerance of the LGBT activists in our schools.”

To send messages of support to the Reverend Peter Hughes, please direct your correspondence to: