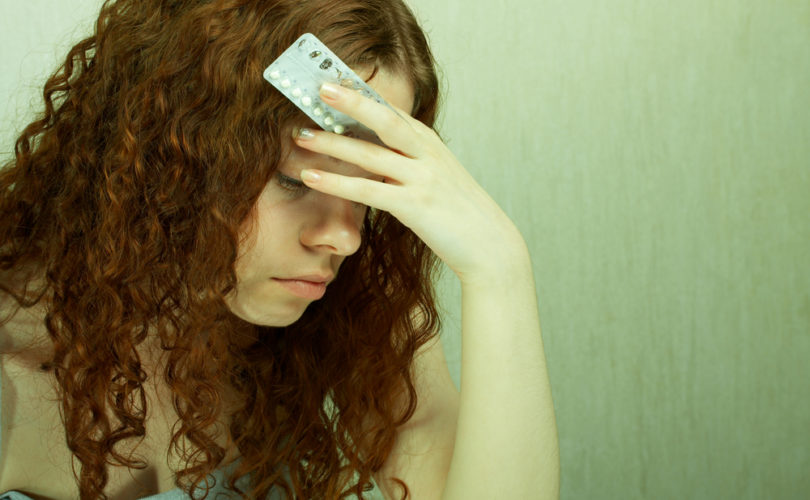 The measure, meant to give women in the United Kingdom access to chemical abortions at home during the COVID lockdowns, was implemented by then-Health Secretary Matt Hancock on March 30, 2020. Now, after a vote of 215 to 188, the dangerous innovation has been made permanent in England.

“It is disgusting that a healthcare bill has been hijacked to push through something that is not healthcare by any definition,” said Alithea Williams of the Society of the Preservation of Unborn Children (SPUC) in a press release.

“Instead, it is a way to end the lives of unborn children that bypasses even the few safeguards for women that the abortion law provided,” she continued. “In approving this dangerous policy, MPs have ignored evidence of its dangers, and they have ignored women.”

Williams related that 45% of the group of women who had used the “abortion pills by post” scheme during the pandemic had said during a government consultation that there were benefits in requiring at least one visit to a medical center to be “assessed by a clinician,” in regard to “safeguarding” and “women’s safety.”

“This is more than twice the number (22%) who said that there would be disadvantages,” she said.

Williams argued that in voting for unsupervised chemical abortions, MPs had ignored the evidence that 10,000 women needed further hospital treatment after taking abortion pills at home.

“It was bad enough that this policy was introduced as a temporary measure during a public health emergency, but for MPs to actually vote for it, without even that bad excuse, shows how little they actually care about the health and wellbeing of women,” Williams said. “This is a shameful day.”

Christian lobby group CARE expressed gratitude to the MPs who voted against making home abortions permanent and sorrow over the dangers home abortions pose for mothers and unborn babies.

“This was a close vote, and many MPs spoke out about the dangers of the at-home abortion scheme, and we’re grateful to each one for doing so,” said an unnamed CARE spokeswoman in a press release.

“It’s sad that the safety of women has been placed in jeopardy by a slim majority of MPs.  The at-home abortion scheme is a great loss for unborn babies and will place women under emotional and physical pressure,” she continued.

“Every abortion is a tragedy, and we want to see women who experience the pain of a crisis pregnancy being made genuinely aware of the options open to them.”

One of the heroic pro-life MPs who spoke against the abortion-by-mail program was Fiona Bruce. The Conservative MP for Congleton, a constituency in Cheshire, said that she and many of her colleagues were “deeply concerned about reports that the taking of both sets of abortion pills at home without direct medical supervision has led to a number of deeply concerning, indeed unacceptable, health and safety risks to women and girls in this country.”

“These include a lack of basic checks by abortion providers before sending abortion pills, the occurrence of severe complications and later term abortions due to the lack of an in-person assessment,” Bruce continued. “And we were notably concerned about the greater risk of coercion by a partner or family member, where the doctor does not see the woman in person.”

“This vote will have dire consequences for women, who will not receive the proper medical support they need and more easily be coerced by partners and family members,” she said via press release.

She added: “The vote in parliament today sends a message to women in crisis pregnancies that this is the best we can offer you — to have a traumatic and unsafe abortion home, often alone, without any clinical examination or private in-person conversation.”

“MPs have been hoodwinked by abortion providers into believing that pills by post abortions are safe and should be made permanent. [But] FOI investigations show that 1-in-17 women who take these drugs end up in hospital; over 10,000 since pills-by-post abortion was introduced. We also know from a Mystery Client Study that these powerful drugs can easily be obtained under false pretences, and so used coercively or deceptively.”

Williams said that Chrisian Concern “will not stop resisting and challenging this culture which forces through extreme abortion policies and puts thousands of women and unborn children at such risk.”

“As Christians, we must redouble our efforts to care for the women harmed by this decision, offering the love and compassion of Jesus to all its victims,” she concluded.

Eluned Morgan, Minister for Health and Social Services in Wales, announced on February 24 that the country had opted to keep the mail service abortion program. Scotland has yet to decide whether or not to do the same.