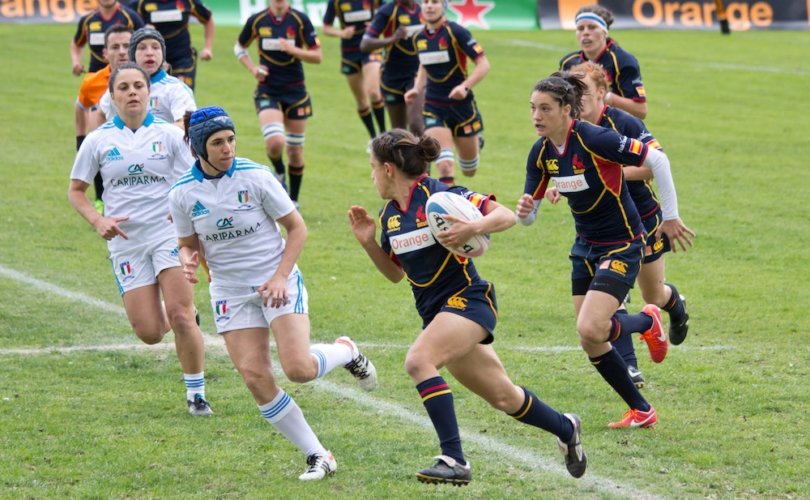 October 1, 2019 (LifeSiteNews) – Referees for women’s rugby in Great Britain are quitting their jobs in response to the participation of gender-confused men in the sport, which they say is injuring players as well as free speech.

Several anonymous referees told the Sunday Times that they have been warned not to challenge athletes who show up for women’s teams sporting beards or masculine builds. England Rugby rules require “trans women” to submit to a blood test showing their testosterone levels have been below five nanomoles per litre for a year, but after a player is cleared by the Rugby Football Union, the refs say they are forbidden from second-guessing the decision.

“Being forced to prioritize hurt feelings over broken bones exposes me to personal litigation from female players who have been damaged by players who are biologically male,” one referee told the Times. “This is driving female players and referees out of the game.”

For an example of just how trans inclusion is working out, the Daily Caller highlighted an August BBC report on trans rugby player Nicholas “Kelly” Morgan, whose coach Brian Minty joked, “she’s going to be a good, good player for the next few years, as long as we can stop her injuring players in training.”

The ongoing unrest over the issue appears to reinforce the argument that managing hormone levels is insufficient to account for the biological differences between male and female athletes. In July, researchers from New Zealand concluded that current Olympics guidelines pose an “intolerable unfairness” to actual women competing against gender-confused men, who retain male advantages such as superior “joint articulation, stroke volume and maximal oxygen uptake” despite hormone therapy.

“Healthy young men did not lose significant muscle mass (or power) when their circulating testosterone levels were reduced to (below International Olympic Committee guidelines) for 20 weeks,” the researchers found, and “indirect effects of testosterone will not be altered by hormone therapy.”

Nevertheless, controversy will continue over gender-confused athletes competing in sports that are typically separated by sex to account for the biological differences between the men and women. In addition to practical considerations such as injury, many critics argue that allowing males to compete against women will rob female athletes of the opportunity to earn awards specifically meant to recognize female achievements.