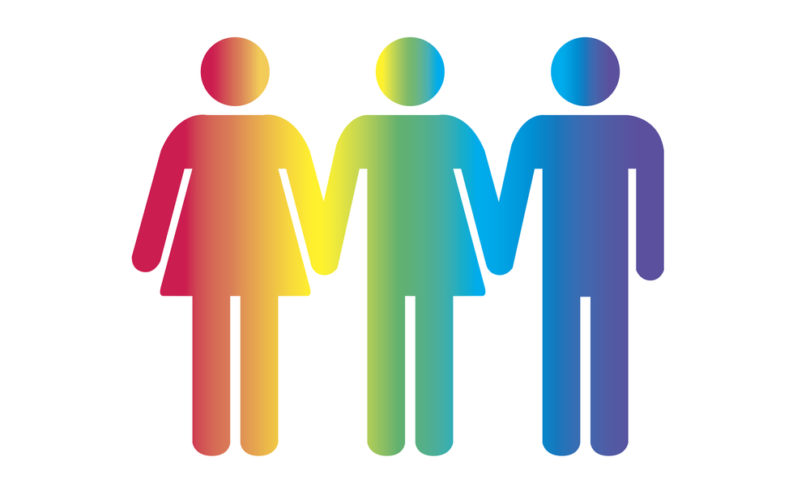 EDMONTON, Alberta, March 25, 2015 (LifeSiteNews.com) — Alberta was once considered Canada’s most socially conservative province, but these days, critics say, it seems more transfixed by trendiness as it pursues gay straight alliances and “gender fluidity.”

The first came earlier this month when the Progressive Conservative government passed an education reform bill forcing all schools to provide clubs to promote homosexuality, even Christian or Muslim private schools with definitive teachings condemning homosexuality.

The flavor of the second half of the month is “gender identity” and “gender expression,” which the Alberta government is seriously considering protecting from discrimination through the Alberta Human Rights Act.

“We are considering introducing an amendment to the Alberta Human Rights Act, but at this point we are not in a position to comment on when that might happen,” Jessica Jacobs-Mino, the press secretary for Justice Minister Jonathan Denis, told the Calgary Herald by email.

While the Herald clearly approved, as did all those it found for comment, conservative Christians say this official recognition of a social trend can only add to cultural confusion about human nature and sexuality with dangerous consequences.

“This is totally an expression of post-modern relativism,” Dr. Peter Ambery, a Victoria, B.C., psychotherapist told LifeSiteNews. “According to Facebook we now have 50 genders. It is what happens when intelligent people stop believing in God. They believe in absolute absurdities.”

And Fr. Stefano Pella of Newman Theological College in Edmonton, Alberta, warned that the government appeared to be enforcing a “passing fad” whose purpose was to turn people totally into consumers not only of sexual experiences but even of genders. “You have to ask, ‘Who is making a profit from this?’, especially when such ideas are being forced on children. We call that abuse.”

But Angela Reid, of the Trans Equality Society of Alberta, told the Herald that “adding gender identity and expression [to the Human Rights Act] would be terrific.” Less predictably, Heather Forsyth, the interim leader of the erstwhile socially conservative Wildrose Party of Alberta, applauded the potential amendment too. “I think it has to be done,” she said. “I have no problem changing the Human Rights Act.”

And Rachel Notley, leader of the tiny New Democratic Party, also approved. “It was a long-overdue acknowledgement by a very old-fashioned government of the evolution of diverse perspectives on issues of gender and sexuality,” she said.

Though Facebook indeed identified 56 gender identities it would allow members to choose from for themselves, this did not mean it had discovered that many ways to have sexual intercourse. The Herald helpfully explained that gender identity or expression refers to a “person’s internal experience of gender,” which could, of course, be quite different from their biological gender.

In Facebook’s now famous list, the salient characteristic is confusion. Three of the first six genders listed, according to TheWeek webmagazine, were “androgynous,” for people who have “both male and female gender characteristics,” “gender fluid” for people who “feel free to express both masculine and feminine characteristics” and “bi-gender,” which means the same as gender fluid. Instructively, the magazine gave up after number 18 on the list, which is “two-spirited,” a 1990s North American First Nations expression that means the same as bi-gendered, androgynous, and gender fluid.

Ambery told LifeSiteNews he has no gender-fluid clients but plenty who had come unmoored from reality. “If there is no God, we are left with the world as it is, without right or wrong.”

That leaves no basis for deciding that homosexuality is wrong, or that there are only two genders, but also no basis for faithfulness in marriage or monogamy as the ideal.

Newman College Vice President Fr. Pella said the proliferation of gender-identities was a form of “ideological colonization,” as so recently condemned by Pope Francis on his flight home from the Philippines.

“This is exactly what he was talking about,” said Fr. Pella. “Gender expression is very foreign to the lives of most people. It starts with an extremely small number of people who are actually trans-sexed. But it is being used to provide a template for everyone else’s life.”

The motive for this is profit, Fr. Pella fears. When people relate to reality totally as choosers—even of their own gender—they are ripe for exploitation. “Children are having their first sexual experience on the Internet,” where they have already learned to relate to each other, not as physical beings but as avatars of their choosing.

But the Catholic understanding, he added, of human relations with the world is not of consumers making choices to achieve the highest satisfaction, but as beings “created in God’s image” who are tasked with transforming the world to bless others.

Dr. Patrick Lee, a professor of both philosophy and bioethics at Franciscan University in Steubenville, Ohio, told LifeSiteNews that recognizing extra genders undermines the family and prevents the sexually confused from being healed. “They are saying that sex and gender don’t make any difference, that our ‘bodyness’ doesn’t matter.”

But “sexuality and gender are grounded in biology,” said Lee. “We in the Catholic Church see the difference between men and women as very significant,” deriving from their different roles in reproduction. “The mother has to carry the child for nine months. She develops an intimate connection with the child. The father connects to the child through her,” said Lee. The father’s and mother’s roles are different and related to their biology. Trying to change that, he said, will only bring problems.

The Catholic Theology of the Body, as developed by Pope John Paul II, holds that the sex act between man and woman who are open to having children holds a unique biological meaning, said Prof. Lee. “People can breathe or eat by themselves. They can perform sexual acts with other men or with prostitutes. But they only become one body,” said Lee, “when they want to make children. That is one biological act that requires a man and a woman to do together.”

Lee did not deny that some people feel that they are in the wrong body or gender. “But we shouldn’t try to change reality to fit our feelings. We need to change our feelings to match our reality. Men who have what we call a sex change haven’t really changed their sex when they alter their penis to look like a vagina,” he said. Such feelings are the product of ‘deep-seated psychological disorders,” with emotional or spiritual ramifications that cannot be addressed when society pretends they don’t exist. “There is a falsification there that does not help the person. It just adds to the confusion.”

Psychiatry expert: ‘scientifically there is no such thing as transgender’
Facebook users can now choose between 50 new ‘gender identity’ options