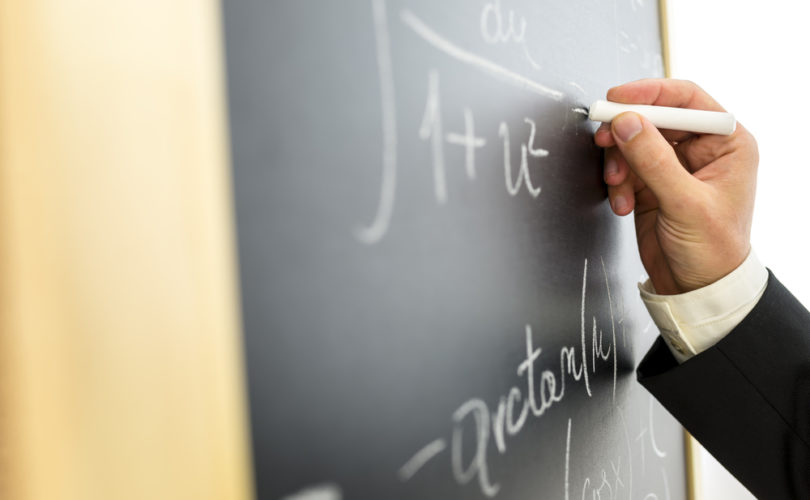 CHILE, August 19, 2015 (LifeSiteNews) – After Canadian abortion activist Joyce Arthur denounced his Mexico-based study that found no causal link between legal access to abortion and a decrease in maternal deaths, Dr. Elard Koch has meticulously rebutted Arthur – albeit in rather dry scientific prose – and concluded her objections “perhaps reflect discomfort with the study’s findings.”

Research director for Chile’s MELISA Institute and a molecular epidemiologist, Koch headed the study on abortion and maternal health in Mexico that drew Arthur’s fire.

Published this February in the online journal BMJ Open, and based on ten years’ of data from 32 Mexican states, the study documented that states “with less permissive abortion legislation” had lower maternal and abortion-related mortality ratios than those with “more permissive legislation.”

That prompted Arthur, president of the Vancouver-based Abortion Rights Coalition of Canada, to label the research as “egregiously flawed and biased,” and “an unacceptable risk to public health because it could be used to advocate the criminalization of necessary healthcare for women.”

The longtime abortion advocate and blogger, whose academic credentials are unknown, asserted in her April rebuttal on BMJ Open that “such studies become dangerous weapons” in “this ideological battle disguised as science.”

Arthur also took the host site to task. “Why did BMJ Open accept this study without subjecting it to greater scrutiny?” she questioned, noting that “some anti-abortion language even slipped through” – including the word “unborn.”

Four months in coming, Koch’s August rebuttal on BMJ Open was backed by 47 references to Arthur’s none, and concluded her “concerns are based largely on personal opinions or speculative assumptions” and that “she misrepresents important methodological issues.”

And despite her claim to document the “deep flaws” in the study, Arthur’s critique “quotes several Op-Ed pieces…including personal or ad-hoc blogs, which focus on political discussions or personal views on the legal status of abortion,” noted Koch.

After refuting Arthur point by point, Koch summed up that her comments “appear to reflect a lack of understanding or difficulty accepting the conclusions of our study.”

Koch admitted that he and his colleagues “find it remarkable that maternal mortality was unrelated to differences in abortion legislation, but was largely explained by other factors.”

As the original study stated, “Theoretically, in Mexican states exhibiting less permissive legislation, maternal mortality should have been higher because the practice of unsafe abortion should be more frequent.”

But the data showed maternal deaths were lower in states with more restrictive abortion laws.

Nevertheless, the study ultimately concluded that “making a direct causal link” between abortion legislation and maternal deaths would be “premature or even erroneous.”

The differences in the maternal mortality ratios from state to state could not be attributed to abortion legislation “by itself” but were “largely explained by other factors such as women’s literacy, maternal healthcare, water, sanitation, fertility rate and violence against women.”

But that finding still refutes the pro-abortion claim that access to legal abortion will result in fewer maternal deaths. (MELISA Institute’s study in Chile found maternal health improved and the number of women seeking illegal abortions fell drastically since the country banned abortion in 1989.)

As to Arthur’s contention that Mexico’s records were unreliable, Koch pointed out that the World Health Organization commended Mexico for the “completeness” and “integrity” of its vital statistics.

To Arthur’s assertion that Koch and his colleagues were “data dredging” by “manipulating the meaning of states with less permissive abortion laws into something it didn’t mean at all,” Koch explained that the researchers assessed “a spectrum of differences of law across the 32 states” and then defined “an operational binary term for subsequent statistical analysis, meaning 1 = less permissive and 0 = more permissive.”

That variable is a “proxy for legal permissiveness, not an indicator of abortion availability,” Koch stated. “Arthur misconstrues the reason for the choice of this term, which makes her criticism of this issue largely misguided.”

To Arthur’s assertion that the study didn’t mention medical abortions, Koch wrote that the he and his colleagues agree that drugs such as misoprostol have become the “most prevalent method to conduct unsafe abortions in Mexico and other countries.”

But they know of no study providing evidence that “the illicit distribution or illegal use of misoprostol decreases maternal mortality rates from clandestine, illegal, or unsafe abortion, independently of other major factors such as access to emergency obstetric care.”

And what of the study’s use of the objectionable word “unborn”?

Koch explained, the “word ‘unborn’ is a common legal term utilised in constitutional amendments” – or at least, it is in Mexico.