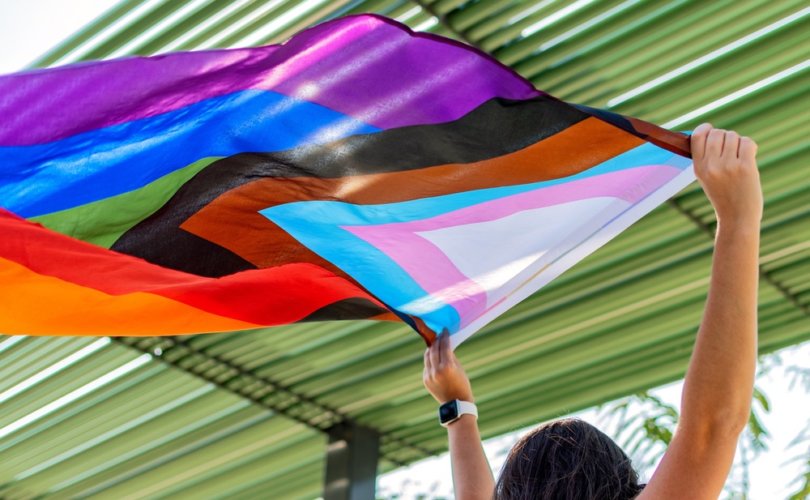 The study looked at females ages 13 to 24 who either had a “surgical mastectomy” or who only took testosterone as the control group.

One researcher was affiliated with the University of Illinois at Chicago medical school while the others were affiliated with Northwestern University’s hospital and Lurie Children’s Hospital. Lurie has received money from the wealthy Pritzker family to push “transgender” medicine and “gender-affirming care.” Northwestern University’s law school received a $100 million donation from J.B. Pritzker, the current governor of Illinois, and is now named after his family.

The supposed benefits led the authors to conclude there should be no age minimum for removing healthy breasts from girls. “In our practice, there is no predetermined timeline for gender-affirming medical or surgical treatment,” they wrote. “[P]atients are assessed individually by a multidisciplinary team for readiness. There is no evidence to support delaying surgery for eligible patients based on age.”

Despite fawning media coverage, the study is flawed, according to Catholic University of America professor Michael New, who frequently writes and studies research design and has a background in statistics.

“Even though the study has received largely sympathetic media coverage, there are plenty of reasons to be skeptical of its findings.  First, the study compares various outcomes of 36 people who underwent top surgery to 34 people who did not,” New wrote in an email to LifeSiteNews. “This is a small sample size. Additionally, the authors of the study admit that they do not have data on 11 individuals due to attrition. It is unclear how many of these 11 individuals underwent top surgery. However, the fact that they do not have data from over 13 percent of study participants is concerning.”

“Furthermore, the most important concern I have with the study is that it only considered outcomes 3 months after the surgery took place,” he wrote in his email. “It is possible that feelings of regret, dissatisfaction, or depression after top surgery may not manifest until years later.”

“Indeed, it is very important that research on individuals undergoing top surgery track long term outcomes, since top surgery, like other types of transgender surgery, is irreversible,” he noted.

Political scientist Leor Sapir at the Manhattan Institute had similar concerns. Sapir, who studies and writes about transgenderism, told LifeSiteNews it is “only a slight exaggeration to say that the study basically asked people who just got surgery whether they were happy with the results of that surgery.”

“The two biggest problems with the study are the short follow-up time (a mere 3 months!) and the narrowly defined outcome that was measured (‘chest dysphoria’ and related body image),” Sapir noted in his comments sent to LifeSiteNews.

He suggested a 10-year follow-up would be a better time frame, based on how long regret can take to set in, or “twenty years later, when some of them might want to have children and breastfeed (assuming they are still fertile).” Double mastectomies eliminate the possibility of breastfeeding.

The executive director of the Association of American Physicians and Surgeons challenged the ethics behind the research.

“There used to be some ethics in research, which should forbid any project that involves mutilating patients, especially children, especially for a made-up diagnosis,” Dr. Jane Orient told LifeSiteNews in an email. She also called the 90-day follow-up used in the study a “ludicrous” standard “for an irreversible, life-altering change.”

“Ethics and science are dead at JAMA and the AMA. They are captured by a radical, extreme ideology that calls ‘misgendering’ a crime, and the destruction of normal body parts as a routine surgical procedure,” she wrote.

Surgeon Greg Marchand also took issue with the study. “There is no [13-year-old] girl who can make the decision to permanently have her breasts removed,” Dr. Marchand wrote in a news release. “The chance of regret is simply too high. Children who suffer from gender dysphoric disorder should receive support, counselling, and treatment for associated conditions, such as depression and anxiety.”

LifeSiteNews reached out to study co-author Daniel Sasson as well as Northwestern, Lurie Children’s Hospital, and University of Illinois-Chicago for comment on the research design, long-term follow-up, and how conflicts of interest were minimized.

LifeSiteNews asked how many researchers on the study conduct the transgender surgeries themselves. No one responded to an email on September 30 seeking comment.

At least one researcher, Dr. Mona Ascha at Northwestern, removes healthy body parts. “Can’t wait to perform gender affirmation surgery and help the transgender And non binary population!!!!!” she wrote on her Instagram eight weeks ago. University of Illinois at Chicago’s Julia Corcoran also is a surgeon and author on the study. Her areas of focus include “LGBTQ Inclusive Care” and “Gender Affirmation Care.”

LifeSiteNews has a series on the harms of transgenderism as described by medical experts and social scientists. Read more here.