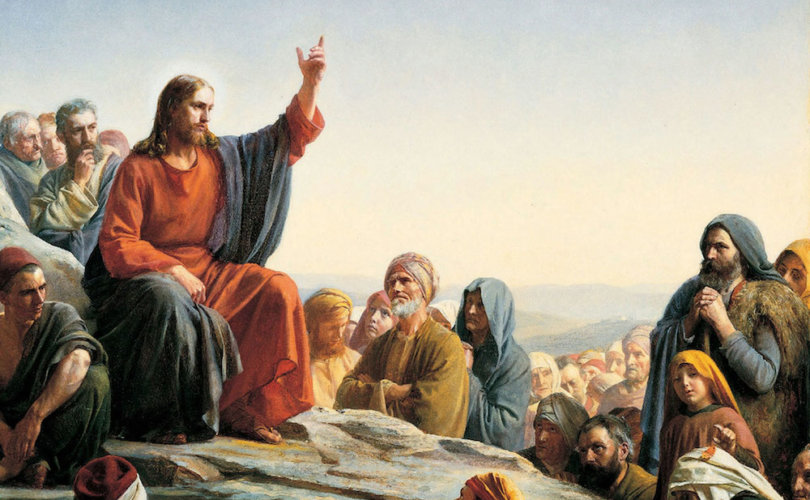 The Union of Catholic Asian News (UCA News) reported last week that a textbook produced for vocational students by the Chinese University of Electronic Science and Technology Press changed the ending of the famous Gospel story.

As in the original, the crowd cites law as their justification for stoning an adulteress to death. Jesus says “Let the one who has never sinned throw the first stone.” The accusers leave, one by one.

But then, according to the textbook, “When the crowd disappeared, Jesus stoned the sinner to death saying, ‘I too am a sinner. But if the law could only be executed by men without blemish, the law would be dead’.”

The correct ending to the Gospel account, which is in John 8:3-11, shows Jesus refusing to condemn the woman: “Jesus again straightened up and said, 'Woman, where are they? Has no one condemned you?' 'No one, sir,' she replied. 'Neither do I condemn you,' said Jesus. 'Go away, and from this moment sin no more.’”

According to UCA News, the textbook is used to teach “professional ethics and law.”

Both education and publishing are strictly controlled by the totalitarian communist Chinese government. According to UCA, a Catholic in China published the textbook on social media, suggesting that this warped version of the Gospel was a communist attack on the Catholic Church.

“I want everyone to know that the Chinese Communist Party has always tried to distort the history of the Church, to slander our Church, and to make people hate our Church,” he wrote.

UCA also quoted a Christian vocational teacher, Matthew Wang, who confirmed that the textbook did contain the story, but said that its “content varies from place to place within China.”

Massimo Introvigne of Bitter Winter, a magazine about “religious liberty and human rights in China”, wrote that the point of the story was to underscore the supremacy of the law as handed down by the Chinese Communist Party.

“As told to Chinese students, the story teaches that the law and the Party are good and pure, and transcend the impure human beings who happen to represent them,” the Italian sociologist of religions wrote.

“Even if the officers are corrupted, their decision should be accepted—because, honest or corrupted, they represent the Party, and the Party’s law should never be questioned.”

“This is standard CCP theory, but totally distorts the meaning of Jesus’ teaching in John 8. Mobilizing Jesus for the CCP propaganda is blasphemous and offensive to Christians.”

According to UCA, at least one Chinese Catholics has complained that the Church in China does not fight back against this kind of distortion. Sociologist Introvigne wrote that Christians can expect more of the same from the Chinese government as it continues its policy of making Christianity more “sinicized” (Chinese).

Sinicization does not mean incorporating more Chinese cultural aspects into Chinese Christianity, as the destruction of beautiful Christian churches designed according to traditional Chinese architecture attests. It effectively means watering down Christianity so that it is not a threat to the values of the Chinese Communist Party.

In 2019, French daily Le Figaro reported that the Chinese government had demanded that Christians, Buddhists, and Muslims alter their respective sacred texts so as to conform with “the requirements of the new era.”

According to this report, Christians’ Gospel parables should fall “in line with the Communist Party, failing which they run the risk of being purged from the Bibles available to the faithful.”