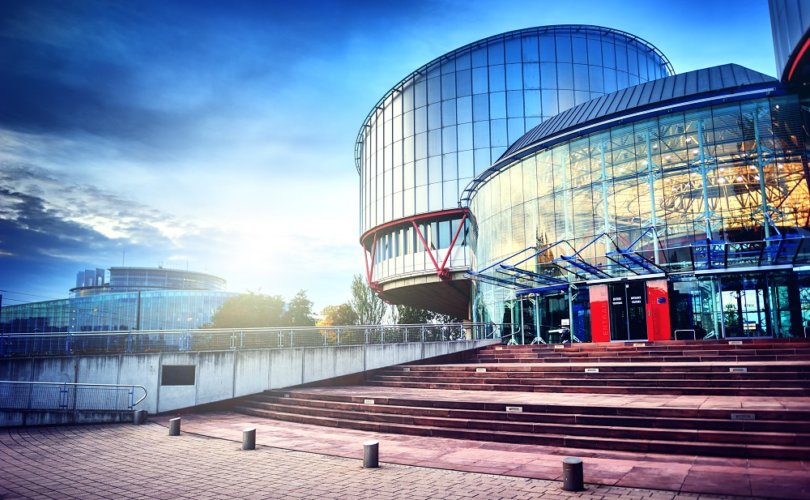 STRASBOURG, France, March 17, 2020 (LifeSiteNews) — The European Court of Human Rights has declared “inadmissible” the applications by two Swedish midwives who had refused to commit abortions. Because they were unable to reconcile committing abortions with their conscience, Ellinor Grimmark and Linda Steen were denied unemployment benefits in Sweden.

The two separate decisions by the European Court of Human Rights were issued on March 12.

“We are very disappointed by the Court’s decision not to take up the cases of Ms Grimmark and Ms Steen. A positive judgment from the Court would have been an important step in the protection of the right to freedom of conscience,” he added.

Clarke pointed out that medical professionals “should be able to work without being forced to choose between their deeply held convictions and their careers.”

“Although freedom of conscience is protected as a fundamental right in almost every other European country, the decision today marks a missed opportunity to uphold this important protection in Sweden.”

Paul Coleman, executive director of ADF International, also weighed in on the decision.

“Rather than forcing midwives and other medical professionals out of their profession, Sweden should look to safeguard their moral convictions,” he said.

Linda Steen, the court decision recounts, contacted the childbirth/delivery section at the women’s clinic in Nyköping in March 2015 and informed her employer that she would be unable to assist in committing abortions.

“She was told that she could not start at the clinic unless she agreed to perform abortions,” the court documents state. Eventually, Steen “was transferred, against her wishes, to her previous post as a nurse.”

Likewise, Ellinor Grimmark had informed her employer that she would be “unable to assist in carrying out abortions because of her religious faith and conscience.” A few days later, court documents show, “she received a telephone call from the hospital during which she was told that she was not welcome to work at the hospital during the summer or at any later date.”

Grimmark experienced similar treatment at other hospitals where she applied.

After going through the Swedish court system, both midwives wanted to have their case heard by the European Court of Human Rights in Strasbourg, France.

Both filed complaints under articles 9, 10, and 14 of the European Convention on Human Rights. Article 9 guarantees freedom of conscience as well as freedom of religion.

At the same time, the court argued that this interference was “prescribed by law since, under the Swedish law, an employee is under a duty to perform all work duties given to him or her.” This law trumps human rights as formulated by the European Convention.

“The Court observes that Sweden provides nationwide abortion services and therefore has a positive obligation to organize its health system in a way as to ensure that the effective exercise of freedom of conscience of health professionals in the professional context does not prevent the provision of such services,” the court decisions stated.

Article 10 guarantees “the right to freedom of expression.” As with article 9, the human right is limited in its exercise and manifestation.

“The Court considers that there has been no separate interference with the applicant’s freedom of expression under Article 10 of the Convention. It has not even been alleged that the applicant’s opinion produced any adverse effects on the applicant, other than the loss of the job opportunity at the women’s clinic in Nyköping,” the decision on Steen’s case read.

In the decision on Grimmark’s case, only the location was changed, not the wording of the court’s reasoning.

Finally, Article 14 prohibits discrimination based “on any ground such as sex, race, colour, language, religion, political or other opinion, national or social origin, association with a national minority, property, birth or other status.”

Here, “[t]he Court considers that the applicant’s situation and the situation of other midwives who had agreed to perform abortions are not sufficiently similar to be compared with each other. The applicant cannot therefore claim to be in the same situation as those midwives.”