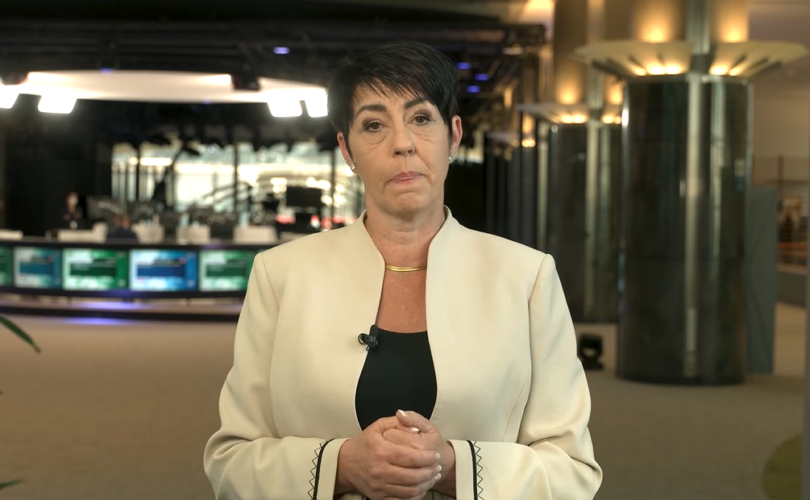 BRUSSELS, Belgium (LifeSiteNews) — A German member of the European parliament warned EU citizens that they soon “will no longer have any political influence over who [they] entrust with the administration of [their] fundamental rights” after treaty changes made by the WHO with its member states.

MEP Christine Anderson released a video in April with a warning that the WHO was attempting to illegitimately seize de-facto governmental power through the creation of an intergovernmental negotiating body (INB) made up of non-democratically elected members.

“I asked the Commission to what extent it would ensure that the principles of the people’ s rule would be respected and that citizens would not be subjected to the arbitrariness of an unelected entity,” Anderson said in a new video she posted May 8 on her YouTube channel.

“The answer I received to my question a few hours ago is clear and brief: not at all!”

In a press release dated December 21, 2021, the WHO announced that “the World Health Assembly agreed to kick-start a global process to … establish an intergovernmental negotiating body (INB) to draft and negotiate a WHO convention, agreement, or other international instrument on pandemic prevention, preparedness and response.”

The same was also announced on the website of the EU council, which stated that the INB “will hold its next meeting by 1 August 2022 to discuss progress on a working draft [and] will then deliver a progress report to the 76th World Health Assembly in 2023, with the aim to adopt the instrument by 2024.”

“With this, the rule of the people, the basic principle of any democracy, has been finally laid to rest,” Anderson said.

The German MEP explained that the composition of the WHO is “not based on democratic elections” and that, therefore, “the decision-makers sitting there can issue instructions to you but are not accountable to you and cannot be held politically responsible by you.”

“You, as a citizen, will therefore no longer have any political influence over whom you entrust with the administration (or lately, withdrawal rather) of your fundamental rights,” Anderson explained.

In appendix to her video, Anderson posted the link to both her question to the EU Commission and the answer she received, and noted that “not a single time does the response even mention words like citizen, democracy, rule of the people, or political responsibility.”

She then argued that had the EU Commission mentioned those words, it could have “fostered the trust of citizens and exposed as fake news and conspiracy theories all the Telegram messages that talk about a new world order or a world government under the guise of WHO by simply stating that it will ensure that democratic decision-making processes are maintained.”

“The Commission could have simply stated that it is very important not to bypass citizens and not to patronize them. But it didn’t,” she said.

The German MEP described the answer to her question as a “blah, blah” about the “great WHO” that also contained a promise that the EU Commission will consult with “relevant stakeholders” throughout the process of creating the new WHO instrument.

“Who these ‘relevant stakeholders’ are, you’re asking? No idea!” Anderson said.

“But you, the citizens, are definitely NOT addressed here.”