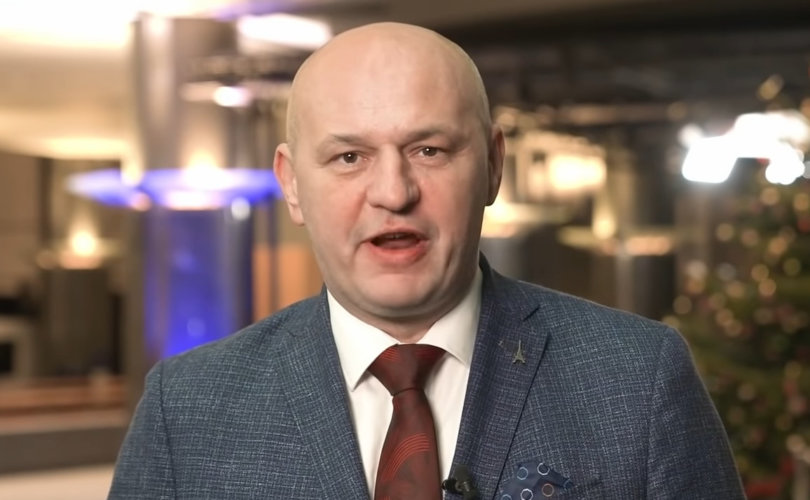 STRASBOURG, France (LifeSiteNews) — A Croatian member of the European Parliament has warned that COVID jabs could lead to tens of thousands of deaths and has described the vaccine mandates as undemocratic and downright “murder.”

“By imposing a COVID certificate, we are forcing healthy people to take medically insufficiently tested products,” said MEP Mislav Kolakušić during a speech in parliament.

Kolakušić tweeted a clip of his speech Monday, in which he condemned the notion of a vaccine passport and argues that governments should draw lessons from past pharmaceutical products that caused a great number of deaths.

For more than two centuries we have been building democracy and scientific principles, just to witness how they are collapsing in less than two years. The campaign of fear and greed they are waging against the citizens will lose in the end. pic.twitter.com/d3LGDTcgJw

The Croatian MEP started by enumerating all the achievements of Europe in the area of freedom and democracy for the past two centuries before arguing that the European Union (EU) member states are now undoing that work by imposing COVID certificates on their people.

“We have been creating democracy for more than two centuries, we have created fundamental freedoms and rights of citizens … we have banned medical experiments on people, we have banned discrimination based on health,” he said. “[But] now we are tearing it all down.”

Kolakušić then pointed out that the COVID vaccines are experimental pharmaceutical products that are essentially being forced on citizens via vaccine passports and jab mandates.

“By imposing a COVID certificate, we are forcing healthy people to take medically insufficiently tested products,” he said.

Kolakušić has been a Member of the European Parliament for Croatia since July 2, 2019, having previously served as a judge at the Zagreb Commercial Court.

Last week, he stood up to French President Emmanuel Macron at the European Parliament after Macron had said he wanted to enshrine the so-called right to abortion in the EU charter. Macron referred to the abolition of the death penalty in the same speech in which he defended the killing of the unborn.

The Croatian MEP countered Macron’s statement on abortion and called him out on his use of the abolition of the death penalty in his speech, arguing that the COVID vaccines are like a death penalty for EU citizens: “You are proud because there is no death penalty in Europe today,” he said, “but tens of thousands of citizens have died because of the consequences of the [COVID] vaccination. The vaccine is a death penalty. The vaccine must be a choice, in full liberty of each citizen, otherwise, it is murder. Murder is murder; you can read accounts by the WHO.”